Shenmue III review: a nostalgic return to the east

We were eagerly awaiting the release of Shenmue III and for this reason here we are bringing you our review of the video game of Ys Net e Deep Silver. I in particular have never had the opportunity to play the first two episodes of the series, although they recently landed on PC as well. Despite this, I already knew the history and peculiarities of the first two chapters, becoming over time also a rather avid lover of the Yakuza series, inspired by Shenmue.

They have passed almost twenty years after the release of the second chapter and a large group of enthusiasts eagerly awaited a return. We at techigames were instead curious to understand what the qualitative level of this third episode was and if the promises had really been kept. First of all, let's mention that Shenmue III is also affordable for those who haven't been lucky enough to play the first two. As happened for example in Yakuza III, there are extensive summaries of past history to clarify the how and when to the gamer.

Starting our review from the technical sector we can say that Shenmue III is an antiquated title from a graphic point of view. Some models, especially the most important ones, have detailed texture, but not all of them show the same quality level. All this despite the game engine being theU, known for its solidity and potential. 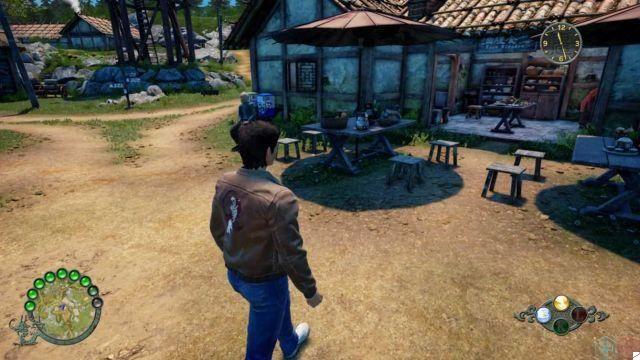 Without going into too much detail at the risk of repeating itself, Shenmue III is a game that seems to have been born old from a technical point of view. There is an important study, dictated by the heart in the environments, in the lights used and so on, but it almost seems to play a title of the last generation. Surely on the one hand, a certain continuity had to be maintained with the old episodes, but on the other hand, titles like Yakuza have made various steps forward over time.


Just the comparison with the series on the Japanese mafia it absolutely does not do it justice to Shenmue, but on the contrary it makes the latter almost a series B video game. Not even the younger cousin, that is Yakuza, can be said to have a cutting-edge technical sector, but the game is much more solid and evolved than what it was able to do Shenmue, relegated to just three episodes. Some uncertainty is also found in the animations, which are rather woody and certainly not in step with the times.

In summary as regards the technical side of Shemnue III we would like to clarify in the review that the final result can be slightly satisfactory, but certainly "antiquated". The real frustration will lie in the movement system. It proved crude and worse than its cousin Yakuza, with the protagonist often getting stuck in the tightest quarters. 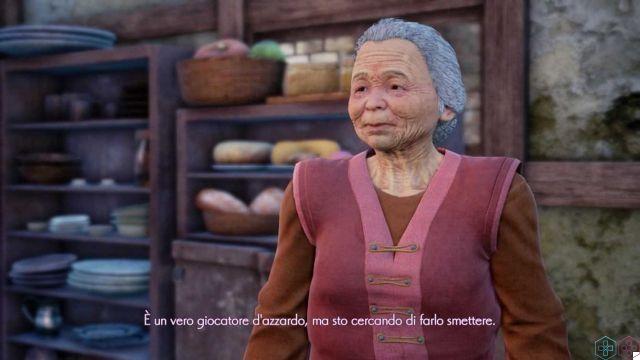 Maybe it's better if I talk to a few people! - Shenmue III Review

We don't want to reveal anything about the history of Shenmue III in this review as this is it one of the strengths of the title. The plot was left unfinished at the end of the second chapter and it seems that the quality level of this third episode is the same.

As happened in the past also this time there is no dubbing in our language. Fortunately, the subtitles are translated into Spanish, although we have found several errors, albeit minor, scattered here and there. Among the dubs available instead we liked the Japanese one more than the English one, which, in our opinion, is almost amateurish.

As for the audio sector, however, we have absolutely nothing to complain about. The songs are suitable for the video game and the sound effects as well. They are also different depending on what you will do, including minigames, in order to grant greater diversity to the actions we will perform. The minigames are in fact very numerous and similar in "type" to what is seen in Yakuza, but also in the previous chapters of Shenmue, about which we were informed before writing this review. 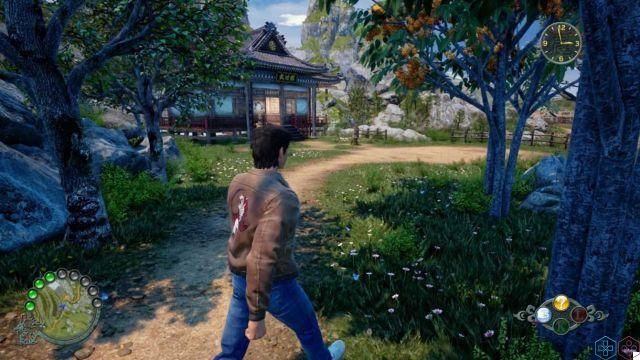 The combat sequences were satisfying but very tied to the past. At this juncture we would have preferred a major renewal. Through the game inventory we can review the combos that can be used in clashes and with which to defeat our opponents. Unlike a Yakuza, fights are not that frequent, but they still play an important part of the game dynamics.

The ones that are most important are the daily activities, which distinguishes Shenmue even from the Yakuza himself. The rhythm of the day is determined by the movement of the clock, which is always visible in the interface. The characters will move according to the times, coming home in the evening and going out during the day to work. In practice, many of the mechanics already seen in the previous two chapters will return as they remembered.

Leaving aside other details on which we can postpone, it is necessary instead to spend a few words on the interface and commands. The version of Schenmue III that we were able to try is the one for PC, released on the Epic Games Store. Unfortunately, unlike what it is with the console versions, we ran into one literally excruciating key mapping.

Although there are warnings that invite you to use a joypad, this should not be an obligation or a "justification" in the face of this result. Playing Shenmue III with keyboard and mouse is on the verge of torture due to the inconvenience of the keys to press. Of all those available, one could certainly have done better without necessarily disturbing the entire set of possible characters. 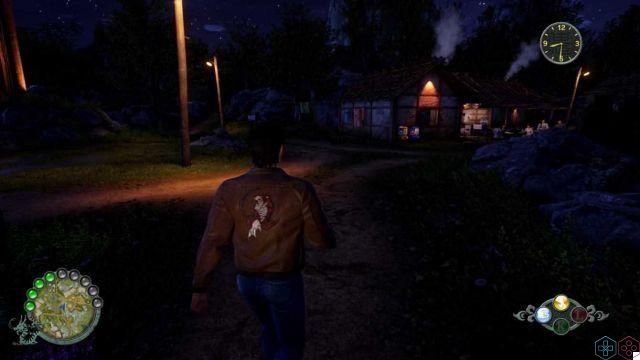 Our experience with Shenmue III to write this review was positive, but undermined here and there by moments of not insignificant frustration. If certain defects are called upon, others turn out to be a real torture for much longer than we would be willing to endure. There key mapping impossible, the interface could also be improved without too much effort, but it is still comparable to that of Yakuza.

These are certainly two of the biggest problems we have found ourselves hitting our heads with multiple times. The others would certainly have passed into the background in the face of the merits of Shenmue III, among which we would like to mention a captivating story, particular and curious characters and a remarkable love from the developers. For this last element, everything seems to have been studied in detail and almost nothing left to chance.

Too bad that the video game, despite an important budget, but decidedly low when compared to that of other triple A, presents a antiquated technical-graphic sector. Le still quite original mechanics they still make it very appreciable and differentiate it from the competition, even if stocks like Yakuza have made significant progress. Shenmue III may ultimately be the first, somewhat timid, step taken towards evolution.

add a comment of Shenmue III review: a nostalgic return to the east