In this review we will tell you about the Nintendo Switch version of the Serious Sam Collection, a package containing some of Croteam's best-known FPS

If you are a longtime fan of shooters for sure you will know Serious Sam, one of the series of Classic FPS most popular from the early 2000s. These shooters feature a extremely fast-paced and skill based gameplay, as well as from a frosty B-movie action humor. With the Serious sam collection, Croteam wanted to give fans old and new the opportunity to replay some of his most popular titles on modern consoles and in this review we will talk specifically about the version for Nintendo Switch.

The origins of the myth

Serious Sam is set in a hypothetical future where humanity is on the verge of extinction after having consumed almost all the natural resources present on earth. Fortunately, however, archaeologists managed to get hold of a powerful one alien artifact which has managed to revive the fortunes of the human race, allowing unprecedented new scientific discoveries.

Due to this discovery, however, the earth ended up in the crosshairs of Mental, an alien tyrant who wants to destroy all sentient life. Luckily the will keep you can count on Serious Sam Stone, a legendary soldier of the Earth Defense Force ready to fight against the endless hordes of cosmic horrors that have invaded the planet. 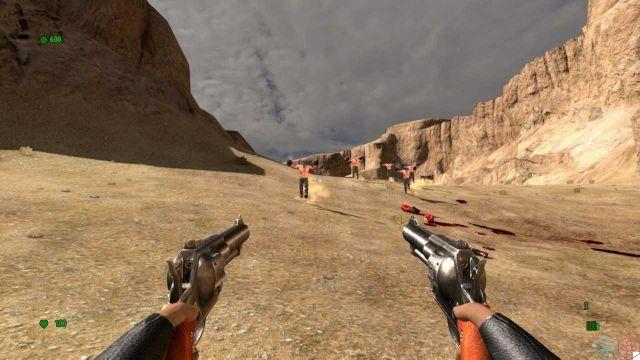 Serious Sam's gameplay is based on a few really old school elements, such as the move in a circle within an area and the walk backwards while shooting. In addition to these dynamic specifications, another of the most important distinguishing features of these games are the order. In fact, all Serious Sam stand out thanks to the presence of huge waves of enemies which will force players to try their hardest at all times.

All the titles present in the Collection they always maintain these dynamics (with some exceptions regarding BFE), but they differ thanks to the addition of new content. Moving from one chapter to another you can use many new weapons increasingly brutal and face hordes of increasingly mad enemies. Furthermore also the level design improves dramatically from chapter to chapter, thus allowing you to play within increasingly beautiful and complex arenas.

The first Serious Sams were born on PC, therefore they require good aim and excellent reflexes to be played in the best way. A FPS of this type, however, really becomes difficult to play on a hybrid console like Nintendo Switch. THE Joycon make it really difficult to enjoy Serious Sam's gorgeous gameplay and consequently without a shooter-friendly controller your experience could significantly deteriorate. 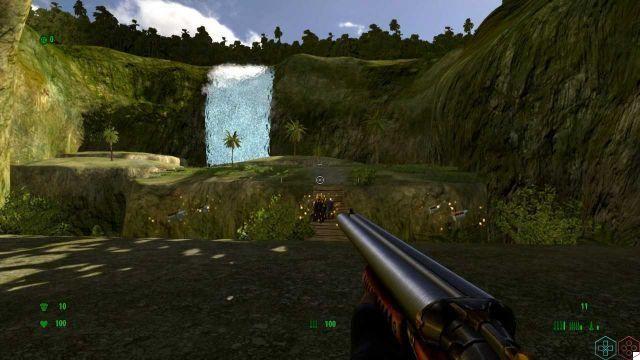 Now let's move on to one of the most important points of our review of the Serious Sam Collection, that is, the one concerning the technical sector on Nintendo Switch. All the games in the collection are gods porting of their PC versions and consequently lack a bit of optimization, but fortunately they do not have serious problems on Nintendo's hybrid console.


The games boast a fairly good graphic rendering and also manage to maintain some valid performance in both docked and portable mode. Plus most of the uploads they are really fast, not a small detail given the presence of quick save e quick loading. Certainly in the most agitated phases where there are large quantities of enemies it is possible to warn gods frame drops (especially in the more recent titles), but thankfully this is nothing incapacitating. 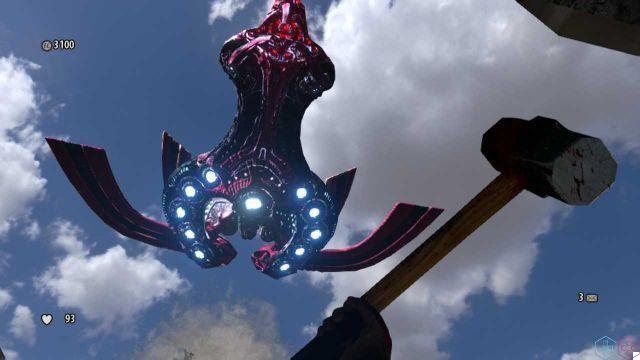 Finally, the time has come for our review in which we take stock of the Serious Sam Collection for Nintendo Switch. This collection contains some of the most successful titles developed by Croteam and will be able to make all FPS fans happy. Technically the ports are not bad at all and, except for a few frame drop, do not present major problems. If you want to have fun slaughtering alien hordes on Switch the Collection is perfect for you, but first make sure you have an FPS-friendly controller.

The Serious Sam Collection is available now for PC, PS4, Xbox One and Nintendo Switch. If you are interested in staying up to date with all the news on the world of video games and much more, then keep following us here on techigames.

Shantae review for Nintendo Switch: 1000 and a small barrel, between wine and vinegar ❯