Sea of ​​Solitude review: between anguish and hope

Sea of ​​Solitude is a title that we played thoroughly and that made us think a lot, find out what we think about it in this review

When it comes to titles like Sea of ​​Solitude finding the right words is always very difficult. Difficult because these are games that are able to bring out the two most adverse and at the same time closest sides of the human soul. On the one hand we have the plus part emotional and on the other that more rational. What we are going to do in this review will be to try to find a fair compromise between the emotions that Sos is able to give and the coldness with which it is right to approach the review of a video game.

What is Sea of ​​Solitude?

Let's start by saying that Sea of ​​Solitude was presented during E3 2018 and after a year or so it was made available for Playstation 4, Xbox One e PC. The title was developed by the team of Jo-Mei Games and was launched by Electronic Arts. The game from the beginning was presented to us as a real experiment (at times even quite extreme). The idea behind it is very interesting: to try to explain, or rather, to show the darker sides of the psyche and the human soul.

All this is done very carefully, with delicacy mixed with power, both visual and emotional. Before starting to play a message will appear on your screens: it is a communication from the developers with which they claim that Sea of ​​Solitude it is not intended to replace a real therapeutic approach. In fact, the story that we will face will be a story of loneliness, depression, anguish and why not ?! Hope. 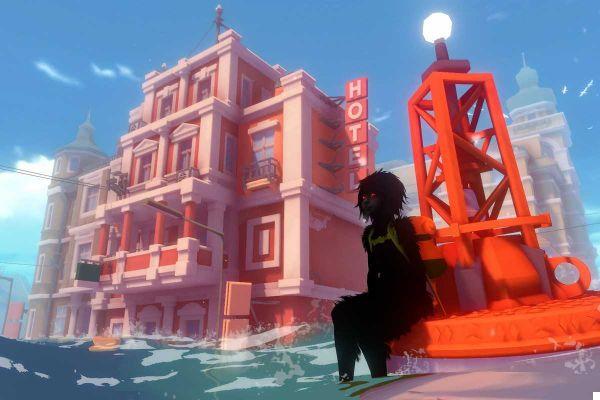 A Hint of Plot - Sea of ​​Solitude: Review

Let's clarify immediately that in this review there will be no spoilers of any kind and what we are going to tell you will be just a small hint of the plot, which will help you understand what you will have in front of you if you decide to buy the title. Our protagonist is called Kay. From the beginning, Kay's appearance will turn out to be very particular and unusual, as well as all the surrounding world and the creatures present.

Kay will wake up on a boat, from there a real journey will begin that will take place both on board the boat and on the “mainland”. A journey that looks like a physical journey but which in reality takes on the features of a real one psychological journey in which our protagonist will have to face a series of situations that will refer to particular facts and events experienced during her existence. 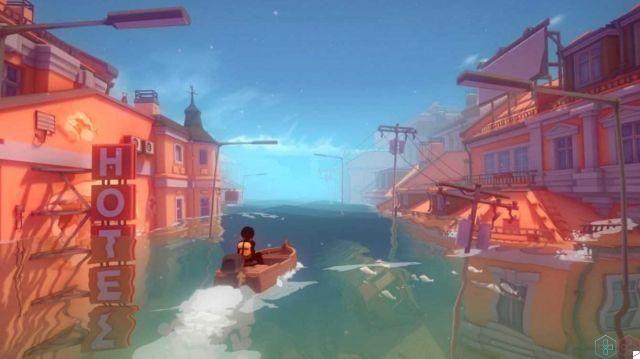 In between environmental puzzles - Sea of ​​Solitude: Review

From the point of view of the gameplay Sea of ​​Solitude presents itself as a third-person platformer with strong elements, taken with both hands, from a graphic adventure. The world that we will find ourselves crossing (and facing) will be developed above all vertically. A series of environmental puzzles will help us uncover the secrets behind every representation and vision of our Kay. It is necessary to make a small note on the nature of the environmental puzzles that we will face.

These are very simple puzzles, this simplicity is given by the very essence of the puzzles and above all with excellent level design. A great point in favor is represented by the construction of the game world, very intuitive and well structured, which will help us to live our story in a smooth and absolutely "pleasant" way. 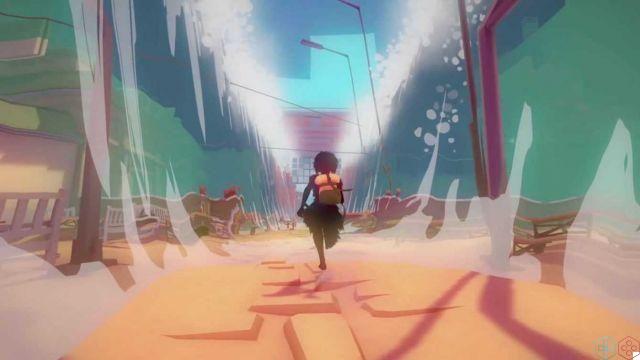 A feast for the eyes and ears - Sea of ​​Solitude: Review

From a technical point of view, Sea of ​​Solitude presents itself with a very refined and particular style. Visually the title is able to give very interesting views. From a graphic point of view this game is very reminiscent of RiME, especially as regards the chromatic impact and the essential style. A decidedly positive mention should be made to the sound sector. We are talking about a real excellence, in our opinion. Both as regards the audio of the various game situations and voices, and above all, as regards the music and the soundtrack. We are facing one of the most beautiful soundtracks of recent years. Versatile and able to adapt to any situation, from the most agitated and disturbing to the most emotional and delicate.

The aspects that in our opinion could be managed better mostly concern the game room which sometimes turns out to be an obstacle and the lack of precision, in some points, of the movement system. Furthermore, the presence of a command for a click would have been appreciated (especially in some phases). Finally, more than a criticism, we would like to advise developers to work a little more on general physics of the game which could have an even more positive impact on interesting gameplay ideas. 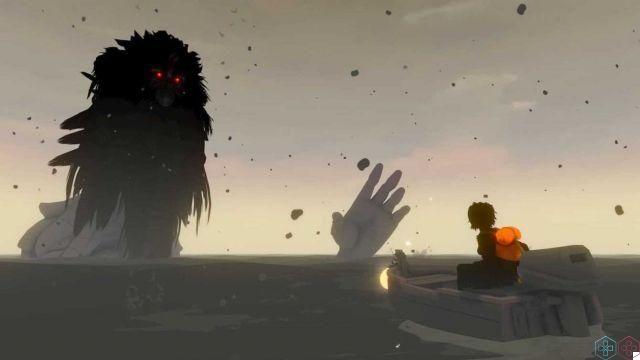 Sea of ​​Solitude is a game that has satisfied us a lot. It is a title that is divided into 12 short chapters for a total of approx 3 hours of game. Many, noting the longevity of this title, could turn up their noses a little and underestimate it. There couldn't be more wrong! First of all because the price with which Sos was launched is very reasonable, considering the content and the actual duration of the game.

Subsequently, what we feel like saying is that, this is a game that can give emotions and what we go for when we buy a video game is not to buy time or hours to spend. We buy a work that must be able to convey something to us and Sea of ​​Solitude, with its extraordinary way of telling things, with its music and with its visual sector, manages to give us great emotions in a short time.

If you liked this ours review please let us know using the comments section. To stay up to date on all the news from the gaming world and more, stay tuned to techigames.

add a comment of Sea of ​​Solitude review: between anguish and hope