Scott Pilgrim vs. The World: what to know before starting to play

The upcoming, and awaited, re-release of a classic takes us to the curious background of the game: let's discover the Canada of Scott Pilgrim vs. The World and what you need to know before you start playing

Raise your hand if you knew that Scott Pilgrim vs. The world was born from a comic. A comic with a particularly underground vein, no less, in a way not unlike Cerebus, Fritz the cat and Life in Hell, just to name three. No, we are not getting out of the way; even if we tried, however, the characters born from the pencil of the eccentric Bryan Lee O’ Malley they would remind us on several occasions of the now undeniable, and all too often overlooked, impact of video games on popular culture.

An impact kept alive by the 2010 film adaptation, and brought to the most logical conclusion with the Ubisoft game that is returning this week. In this article we will find out what you need to know before you start playing Scott Pilgrim vs. The World.

"A long time ago, in the mysterious city of Toronto, Canada ..."

"... Scott Pilgrim got involved with a high school girl." Already from the first pages, the comic does not take long to remind us of how much the protagonist is human in his imperfection, to the detriment of the world around him. In reality, our Scott is already over twenty, and from this arises the (not entirely unjustified) judgment by friends and relatives for the loophole of an "easy" love story with which to forget a love wound not of the all healed. The arrival of a new flame, from the age most suited to that of the protagonist, leads him to mature: this is one of the two themes of the story.


The other theme, which is one of the reasons we love it, is the delusional videogame logic that permeates the Toronto imagined by O 'Malley. In this world, clearly inspired by River City Ransom, the "seven evil ex boys (and girls)" of the beautiful Ramona Flowers intend to make our Scott pay dearly for the daring to aspire to his heart. The exchange of words in each dialogue is as quick, purposeful and sarcastic as the entire Toy Story trilogy, symbolizing in part the insane pace of life today. That dying in battle leads to turning into so many coins, therefore, is alone appropriate. 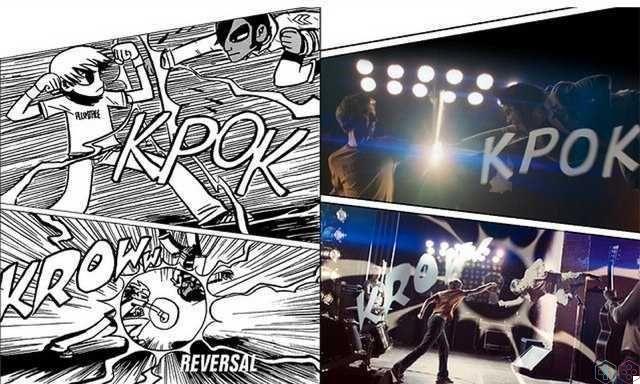 Not a bad life - Scott Pilgrim vs. The World: what to know before starting to play

In fact, “Scott Pilgrim vs. The World ”is the title of the second of the six volumes of the comic, known by us as“… Against the world ”. However, the sudden success of the branded film Universal he took a hitherto unknown opera and put its histrionic cast under the unexpected spotlight. The merit also comes from a fidelity to the original material which, for once, has drawn heavily from every madness conceived on paper.

Life bars emptied during physiological needs, combo counters in action scenes, and the theme of Zelda's save file selection sung by a choir during dreams: this movie has it all.

What not everyone might know, perhaps, is that not every comic story has made the leap to the big screen. Scott's backstory, which also includes his past with drummer Kim, was largely ignored in the film; O 'Malley, supervisor of the film and videogame incarnation of the work, also edited the short film for [adult swim], the adult division of Cartoon Network for the night band. Although only in English, the "promotional" result, Scott Pilgrim vs. The Animation, is freely available on YouTube. 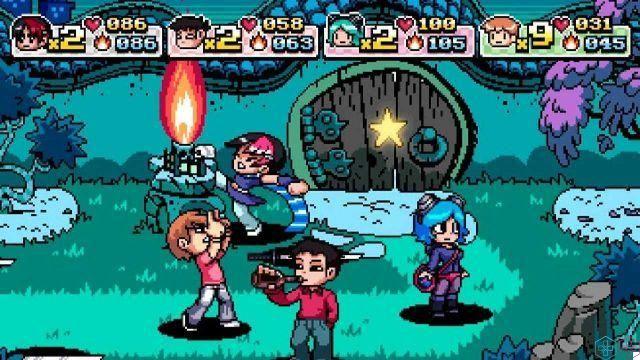 Full Edition - Scott Pilgrim vs. The World: what to know before starting to play

Scott Pilgrim vs. The World: The Game - Complete Edition was a real bolt from the blue. The original game, born in 2010 like the film, closes the circle with a beat-em-up structure that combines the artistic style of Bryan Lee O 'Malley himself with a pixel art aesthetic by the animator Paul Robertson, best known for the theme song of The Simpsons in the episode My Lady of Transportation. To complete the mosaic he provided a soundtrack edited by Anamanaguchi, a little known band that proposes the chiptune as a musical genre in all respects. The result is that of a game which, to the detriment of its two-dimensional nature, brings with it cinematographic production values.

However, with the last generational shift, the original game got lost in the folds of time. Fans stormed O 'Malley with requests on his Twitter profile, until the fateful day he invited his followers to "stay tuned". In the following hours, the "complete edition" of the game was confirmed for all current platforms, including in the package all previously released DLCs.

We will therefore be able to take command of Scott, Knives, Kim, Stephen, Wallace and Ramona and give ourselves crazy joy in the pixel art version of Toronto when Scott Pilgrim vs. The World: Complete Edition releases this Thursday January 14 on PC, PS4, Xbox One, Nintendo Switch, Google Stadia and Uplay +. 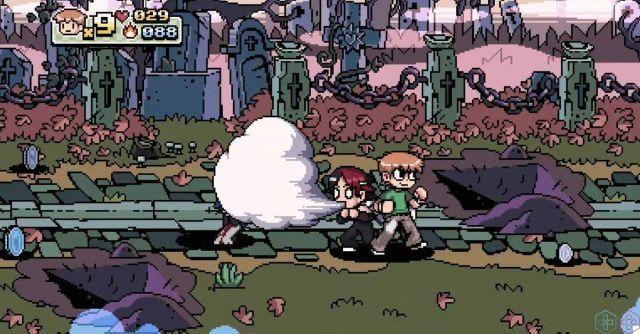 What changes between comics, movies and video games?

As we said before, actually the changes in Scott Pilgrim vs. The World: The Game - Complete Edition is not lacking. In terms of gameplay, we have an authentic tribute to River City Ransom: enemies drop coins when defeated, as well as weapons and food (Paul Robertson will later pay homage to the beat-em-ups in a scene from the episode Diehard Adversaries of Gravity Falls). Unlike other exponents of the genre, however, Ubisoft's title draws heavily from the Arc System Works series even in the presence of an RPG-like structure with experience and levels.

As for the levels intended as game sections, even in this re-edition we will see a return of a map inspired by one of the pioneers of this element of gameplay: Super Mario Bros. 3. Despite the almost cloying artistic style (which, given Robertson's other works, is more of an exception), the game is not afraid to follow the themes seen in the other two mediums, one above all the LBGT representation and, in general, life. intimate of protagonists and supporting actors.

As always, after this nice "refresher" and after showing you what you need to know before starting to play, to better immerse yourself in the world of Scott Pilgirm vs. The world will be up to you to tell us yours: what do you think of the upcoming game? Let us know below, and as always don't forget to follow techigames to stay up to date on the gaming world.

State of Play July: Summary of all announcements ❯

add a comment of Scott Pilgrim vs. The World: what to know before starting to play