Rust Console Edition review: what if the expectation of pleasure ...

After years of waiting, Rust Console Edition has finally seen the light on PS4 and Xbox One and we at techigames are ready to bring you our opinions through this review

Rust it is one of those titles that, despite a troubled start, gradually managed to see the light. Released in early access back in 2013, the title presented itself significantly differently from what we know today. The heavy criticism received in the run-up to the full release served a lot Facepunch Studios. Comparing the original version with the modern one, the two appear in fact as two completely different titles.

Initially only available on Windows and macOS, rumors about the release of this console edition have been around for some time. Between fake news and very long waits we are here, Rust Console Edition is available on the shelves and non-PC Gamers can finally launch themselves into the lands of the historic survival. Will this port enjoy a better start than the original title? Well .. you will find out just by reading our review! 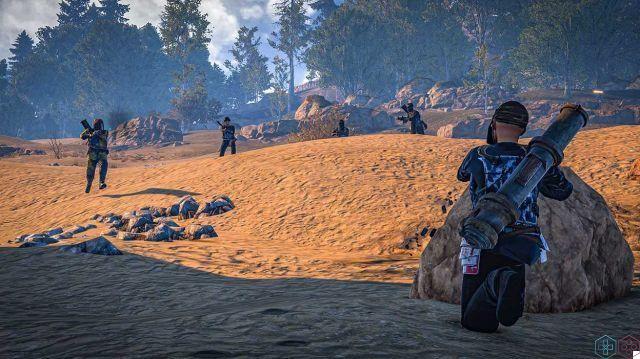 Although the review will focus mainly on our impressions of playing it on PS4 smooth, it seems only right to briefly describe what a truly complex survival is. Rust is one of the purest survival titles on the market. If at first there were zombies as an obstacle in the midst of the struggles between players, now the only obstacle for the players are the players themselves, in addition to vital parameters including cold and heat.

Once the title has started and entered one of the available servers, we will wake up to a completely random section of the map. Armed only with a stone and a torch, as in the most classic of survival we will have to start farming wood and stone to build the first tools. After having obtained a fairly high quantity of raw material, usually one moves on to the construction of one's own base. In addition to a host of objects that we will be able to build as we find the projects around the map, the editor for the construction will be equally wide and full of possibilities.


One of the peculiarities of Rust is the ability to destroy enemy buildings and, therefore, we will immediately be forced to reinforce our home for good. Slowly we will know places where we can exchange Scraps (the game currency) for pieces of armor, rather than weapons and so on. We will also learn the methods to assault enemy bases, we will be assaulted and we will lose everything. We will make acquaintances and learn that nobody (or almost) is really friendly in this survival with a strongly punitive nature.

On paper, this is a very good title, full of possibilities and potentially offering hours and hours of fun. If we make this premise it is why, of course, the port has several critical points: let's see which ones. 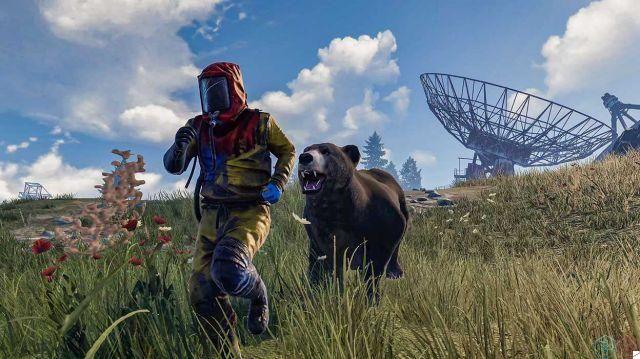 To the thief! (of frames) - Rust Console Edition review

After we downloaded the game from the light weight of around 6GB we were ready. It's true, the port of DayZ for consoles, released two years ago, had prepared us and conveyed just enough fear to leave prejudiced. From the poor menu, we were able to choose the server from which to start. Already from here, we realized that it was not possible to create your own server as in the PC version, catapulting newbies into the midst of wolves, without a chance to learn the mechanics slowly.

Chosen the server what can be cross-play (tra Xbox One e PS4), or centered on the console from which we play, our adventure has begun. As soon as we woke up (on a casual post-apocalyptic shore) we realized how the technical sector not were forefront. Ok, we are still talking about an adaptation on a much less powerful peripheral than a modern PC. However, much more complex and much more dignified titles run on this peripheral.


In addition to flat and grainy textures, a almost absent vegetation andwell-marked pop-up effect, the shortcomings do not end there. On PS4, smooth the title fails to keep 30fps well and this is a problem in an online title. The drops are not only in conjunction with the game structures, but also near the bases created by the players themselves, making any raids problematic. All this, combined with graphics very similar to the old-gen one (if not really such) makes you turn up your nose.

Unfortunately, it's not just the fps drops and dated graphics that are the only hitches. What we encountered most frequently were the heavy lag hitting servers. To try to stem them, we often changed games, hoping that the next one could offer us a better experience. In the various hours spent trying to survive, however, “almost fluid” moments were rare. To this we also add the quite frequent crashes that in this type of game they can be more crucial than ever since once the title is closed, our alter-ego will go to sleep on the floor.

Reproposing all the commands that can be implemented in Rust on a pad is not a walk in the park. Facepunch Studios here has at least performed fairly worthily and, in addition to the menu to change the construction, the rest are intuitive enough and well schematized. Me too'key assignment has been well thought out. Building is not too bad, however, connecting to before, the problems mentioned make both construction and (much more) combat a lottery. 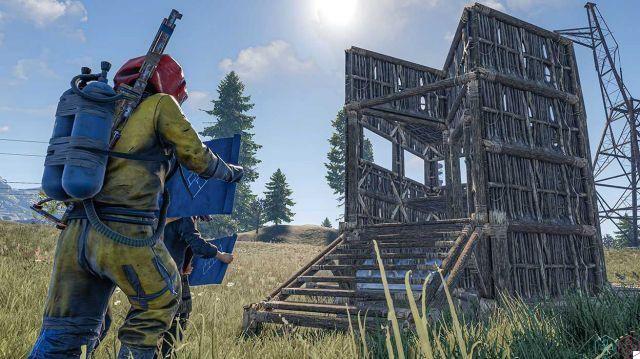 ... was it pleasure itself?

We combine the title of the review with what you read above and we get: "What if the expectation of pleasure is itself pleasure?". Leaving aside the unlikely quote, it's true: the wait we had for Rust Console Edition has unfortunately been betrayed by a work that has seen little commitment from the developers. Is this the Rust we know? Yup. Is this the worst version of Rust available? Well ... yes Also this time.

If you do not have a PC on which to play the famous survival we would advise you to wait, also because the title is offered at a full price of € 49,99 despite the years on the rump. Maybe over time we will see its ascension as with the original version. For now, however, we are faced with a title full of problems that often lead to frustration.

4 The worst version of Rust

Rustler Review: More an imitation than a giveaway ❯

add a comment of Rust Console Edition review: what if the expectation of pleasure ...