Rogue Company review: all for one and the blaster for all!

Drawing heavily from Valorant and Apex Legends, Hi-Rez Studios and First Watch Games have crafted a tactical third-person shooter in which coordination and understanding between players make good and bad weather. In this review we talk about Rogue Company, aka blaster heaven!

Hi-Rez Studios e free to play, the binomial is part of the recent videogame history. The software house in question counts in its curriculum productions such as Smite, Realm Royale, Paladins, Tribes: Ascend and many other titles that you will find with a simple look at the section "free games”Of the virtual stores of your gaming platforms.

Perhaps the studio could have missed the latest free to play by First Watch Games, Rogue Company? Certainly not. Well, but Hi-Rez wanted to be a publisher also for this project only for the free nature of the same?

Obviously not. Rogue Company, all in all, is a good title, Hi-Rez noticed it and, in all probability, this is one of the reasons that prompted the American house to publish it.

The latest effort from First Watch Games has some arrows valid for his bow (or blaster in this case) and is ready to make you spend several hours of fun in the company of your group of friends who are passionate about shooters.

In this review we are going to illustrate the reasons that lead us to believe that Rogue Company (with a little luck) can lead the way in the panorama of multiplayer tactical shooters; almost boundless genre on PC and narrow niche on console.

to Rogue Company it is a present past which speaks of a title all in the making. The big N took it upon itself to introduce the game to the gaming community last year. Rogue Company had the opportunity to show up in the few minutes reserved during the course of Nintendo Direct from 5 September.


Later, Hi-Rez and First Watch Games announced that it shooter would also arrive on other consoles and, on PC, would have been exclusive to the Epic Games Store.

The game is available in closed beta from July 20. For the actual release we will still have to wait for an unspecified date of 2020, with Hi-Rez and First Watch who are in all likelihood doing the finishing touches and final additions while listening to community feedback. In short, we are faced with a sort of yard with scaffolding waiting to be removed. 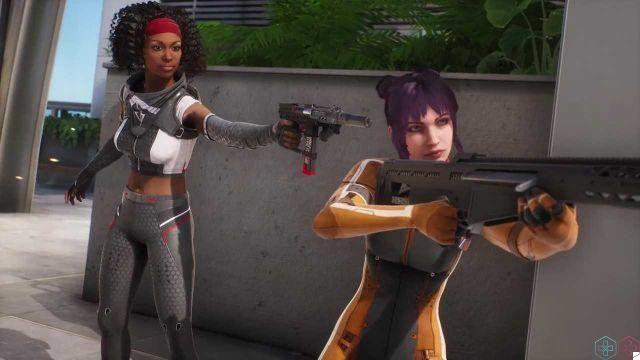 I go out of my way for you - Rogue Company Review

In Rogue Company you will go to impersonate, from time to time, the 13 members of a fearsome and (theoretically) captivating team of special agents fighting to save the fate of the world. From time to time you will launch yourself from airplanes flying in arenas definitely size contained. Here, by force of circumstances, you and your opponents you will always be within range it's everywhere. At the moment, only there are three ways of game at your disposal to make the blaster sing.


We are ready to repeat the word "groups and teams"Again and again because precisely the collaboration is at the heart of the experience game of Rogue Company. In the first two modes, unlike the last, you will not be able to spawn indefinitely and only your allies will be able to give you the chance to recover after being seriously injured and re-enter the game (provided that the opponent on duty does not give you the coup de grace). Likewise, trying to cover each other up when defending or acting as a human shield to protect an ally intent on planting a bomb when attacking are the simplest ways to avoid sound blows.

Precisely for the reasons listed to have available friends with headphones and microphone can definitely give you an edge. More generally, however, as in any competitive shooter, matchmaking is the real deus ex machina of the game and in our experience, by and large, the team pairings have been enough balanced. There have been, however, cases of manifests inferiority which penalized the whole a bit. 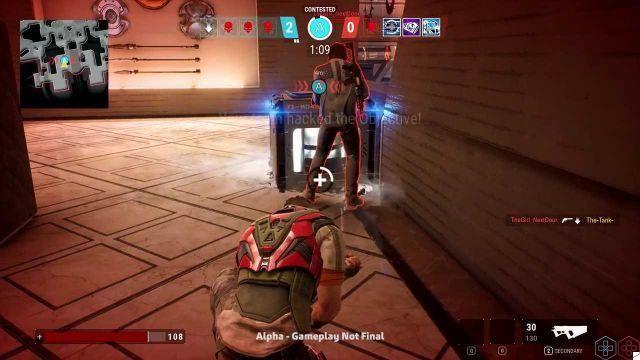 You've seen it, haven't you? In the modes available so far in Rogue Company there is not nothing particularly original. Nothing that another of the endless slew of competitive shooters on the market is not already able to offer you. Yet, that little that has been seen so far of the production of First Watch Games is quite satisfactory, from gunplay. Exchanges of bullets are fast and precise. In general the combat system studied by the developers is slender (one button to aim, one to shoot, one button to roll to the ground, one to throw grenades, another to use the rogue's special abilities and the possibility of a melee attack).


For these reasons the learning curve is quite short and the title is very accessible. In short, no technicalities and frills. What remains most impressed about Rogue Company, however, is the general immediacy of the clashes. Matches consist of one and a half minute rounds each. This single premise is enough to give you an idea of ​​how sudden the various gunfights are. In Hi-Rez's game the various agents look like boxers intent on studying each other, ready to land a single and lethal hook. In general, therefore, there is no time to be bored in Rogue Company.

I server games work impeccably and the games start in an instant. Add to this the fact that the title is entirely based on the cross-play and this is perhaps the only thing that allows it to stand out (at least a little) compared to other shooters in the category. Having the entire fleet of consoles currently available ensures Rogue Company a potentially unlimited catchment area and this provides the title with an effective antidote against the eventual depopulation of servers. 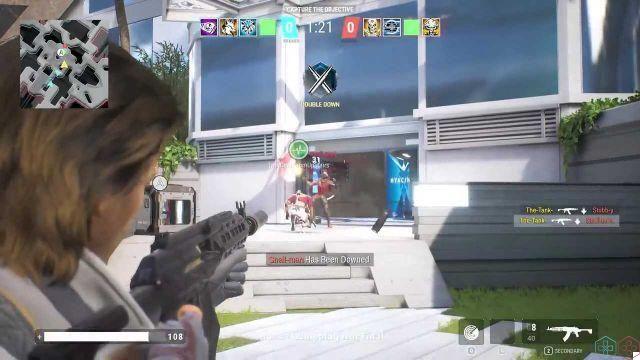 First Watch Games' latest effort revolves around the sistema dei rogue. In a nutshell, in the game you grind to unlock the various special agents that can be selected from time to time at the start of each match.

The latter have specific skills (passive and active), however some of these are not particularly intuitive (that of the character Glitch above all) and others are excessively trivial or repetitive. In general, the same style of play of some rogues tends to overlap with that of others, resulting in a certain flattening between classes different.

even the customization system of the members of the team still appears rather crude and this is still definitely due to nature embryonic of the title (the objects to customize the rogues are foreseen but not yet implemented). 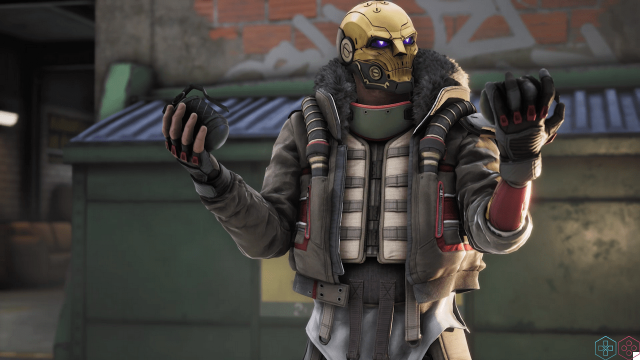 Technically speaking Rogue Company it will not make you cry out for a miracle. Certainly, in a title of this type thevisual appearance is not decisive for the purposes of the general game experience but the real problem of Rogue Company, from this point of view, is the not having been able to find their own way.

If we think of Valorant and Overwatch, direct competitors and not of the title in question, it is undeniable how Riot on the one hand and Blizzard on the other hand, they have succeeded (unlike First Watch Games) to give arecognizable and charismatic visual identity to their productions despite not having shown off photorealisms or cel-shading to scream.

Rogue Company the visual impact is somewhat anonymous even if he tries at all costs not to look like it. Beyond the gaming environments, generally undertone, and the technical-visual aspects themselves, this general flatness has repercussions on the rogue which should be the real highlight of the title. Theirs design is not memorable and many of them seem extras dressed as best you can in any action movie. The various characters show off blaster of every type and invoice but at the end of the day they struggle to stay impressed.

We are not talking about a title that strikes the player's eyes, but certainly, from this point of view to be recognized and worried about the ruthless competition, there is much more to do and we hope that the introduction of the outfit and the various accessories some rogue manages to compensate for the little inspiration in aesthetic terms of the game. Same goes for theaudio. The same track repeats itself indefinitely and just makes the speakers pump a little at the beginning of the clashes, hoping to trigger some fleeting adrenaline rush.

But let's break a lance in favor of the technical realization of the title: the framerate practically never drops and the game on PlayStation 4 runs like a polished metronome, making for a decidedly overall experience enjoyable. 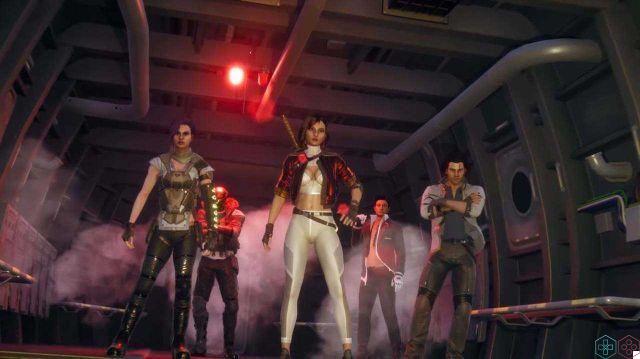 One of many, or not?

Rogue Company enjoyed us. The title proposes a sequence of hit and run clashes that never get bored and makesaccessibility and stability of servers its boast. The gunplay is accurate, satisfactory and on the level of gameplay the shooter is doing well.

However, there is still something missing that would allow the Rogue Company to don't be one of many. Crossplay and cross progression are not enough. It will be up to Hi-Rez and First Watch to trigger the leap in quality by introducing content and trying to finish as much as possible those already implemented. For now the title tends to blend in too much against the boundless background of tactical shooters.

Thank you for taking the time to read this review on Rogue Company. We invite you to stay tuned to techigames for all the updates and curiosities from the gaming world and beyond.

add a comment of Rogue Company review: all for one and the blaster for all!