We thoroughly played Rise of Insanity, the psychological horror set within the four walls of the house, available on Steam and developed by the independent team Red Limb Studio: we tell you ours in this review!

"We try". This is the phrase that the developers will have said after giving birth to Rise of Insanity, a horror video game available on Steam. We at techigames have explored it in depth and tell you our opinion. Let's find out all the details in our review.

Dark room: is it enough?

Light off, headphones equipped and it starts up Rise of Insanity. It must be said that playing the title of Red Limb Studio even in "dedicated" conditions, such as the low light and the high volume, you are not totally sucked into the mood that the developers wanted to recreate. Inspired by the best known (and most successful) Layers of Fear, which even includes quotes from Edgard Allan Poe, Rise of Insanity devotes itself to a setting, in his opinion, more "psychological".

We will play the role of Stephen Dowell, a psychologist who will go through the dark and dark meanders of a story that gradually becomes clearer (and sometimes more and more obscure to the players) concerning domestic violence. It is really useless to talk about the plot and tell you what you are going through. Suffice it to say that the previous two lines have already given you everything you need to start venturing into the psychological meanders of the title. In fact, from the first start there will be very clear many more things than the plot will try to make you understand.

You will soon guess where you want to go and, from a certain point on, the moments in which there will be the famous “jump from the chair”, the so-called Jump Scare, will also be quite clear. The latter, if from the beginning they would seem structured and well placed along the adventure, later they will be discounted and all in all predictable. The plot, at some point, will try to stay up by dint of clichés, looking for a dignity that, frankly, is impossible to find. 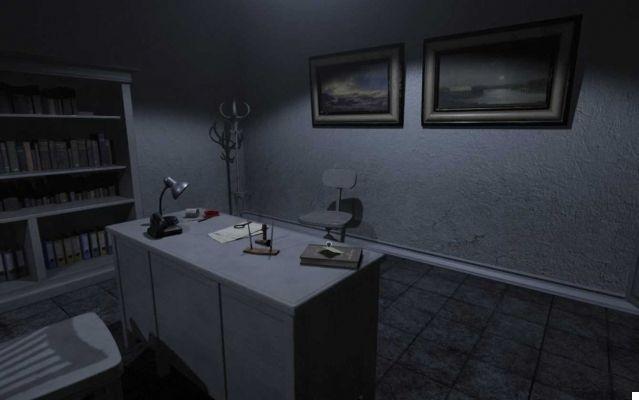 The right atmosphere to sit down and be productive even today.

We will find ourselves, as mentioned previously, in the role of psychologist Stephen Dowell, the protagonist of the story. The interface and the HUD is minimalist, with no superimposed data, except the hotspots where you can click to interact with the world around us and analyze any objects and clues collected. As expected from such a title, everything will be in first person, with the WASD keys used to move our avatar and the mouse to look around. No health bars or other things that could diminish the intent of the developers to immerse us in the horror atmosphere of the title. Throughout the adventure we will move between crime scenes and dream scenarios in which we will have to wink several times to be able to see details or the direction to take on the path.

The speech changes, albeit slightly, if we have a VR viewer available, like the Oculus Rift, to be able to play the title in total immersion. Of course, nothing will change for the purposes of the plot and the structure of the title itself, but at least we could have a laugh with friends, watching them get scared with the jump scare that, with a frequency of 5/10 minutes, will make them jump. By doing a search on the net you can see the real vocation of the developer behind Rise of Insanity.

Red Limb Studio, by own declaration, is an independent development team with a certain propensity for VR. The first title baked during their career, that is Purge Day, was born from this point of view and with the aim of being enjoyed with a VR viewer. It is clear, therefore, that we are dealing with a product that has not taken care of some (fundamental) aspects too much, preferring others.

Music is one of the careless aspects. In fact, we have a discrete sound sector regarding sounds, but as regards the soundtrack that will accompany us along our adventure, it will be music substantially linked to the increase in climax, no more, no less.

As for the graphics, we will be faced with a title that shows a discreet love for the "cleanliness" of the scenarios. Although some environments will turn out to be more chaotic than others, we will always find ourselves faced with stylistically clean and sober choices, probably precisely to meet a fruition through a VR viewer, a problem in part already in its own right. 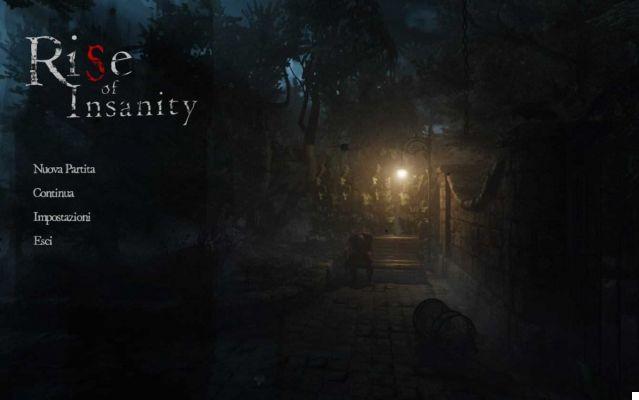 After I finished the game, I assumed the same position as the dude from the home screen.

Well, to be honest, the answer is "ni". On the one hand, if we were to consider Rise of Insanity as a horror title, with a plot worthy of the name, with a compelling gameplay structure, with a load-bearing and immersive soundtrack, the answer would be no. The duration of the title is 3-4 hours: moreover the replayability is poor. If, on the other hand, it is considered as an all in all casual title, for users not accustomed to the genre who maybe want to try something that makes them jump from the chair without having to feel the soul captured by anguish and anxiety (especially if they are VR owners), then yes, the title is fine and you can proceed with the purchase (about 10 € on steam).

Having said that and drawing conclusions, Rise of Insanity is certainly a title destined to be played for a while, perhaps revived during an evening with friends, to be then doomed to oblivion, before moving on to something more interesting.

Written listening to Vox Arcana - Ghost in the Mirror

add a comment of Rise of Insanity Review: Psychology and Home Horror