Are you looking for a board game different from the others? Here is the review of Squillo, an absolutely VM18 card game, a challenge between prostitute protectors!

Today's review of the Rigiocando column is on Squillo, a game created in 2012 by singer Immanuel Casto, who made transgression in an ironic key the common thread of his songs and made them successful. The game proposes a challenge between protectors of prostitutes, with an explicit and vulgar language but in a humorous and ironic key. At the release of the game there was a parliamentary question to decree a ban on its sale for explicit language, the commodification of women and issues related to sex and drugs. 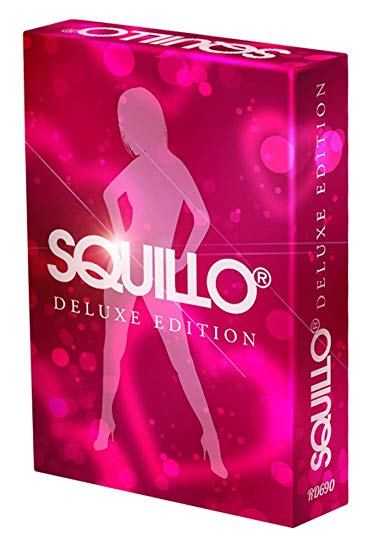 Purpose of the game | Ringing Review

In fact, the regulation is very simple: each player manages prostitutes, ie cards ring, who possess offensive, defensive values ​​and a cash fee. The ultimate goal is to defeat all the other players and gamers, taking down all their prostitutes.

The game material consists of the deck only, without other accessories, divided into ring cards, power-up cards and event cards.

A separate power-up stack is created, while the ring and event cards are shuffled together (main deck). Each player draws 8 cards from the main deck. The first player is decided together, continuing around.

At each turn the player or player draws 2 cards (except the first player in the first turn) from the main deck. Prostitutes must be immediately brought into play. Each of them can perform one and only one of the following actions:

At this stage, if a player is left without girls on the pitch, nothing happens.

Power-ups drawn must be immediately awarded. Each power-up boosts your attack, defense, or fee by one ring. If a prostitute dies, they put all of her power-ups at the bottom of the appropriate deck.

The players have the possibility to play the event cards at the moment they prefer, simply by following the rules written above.

By regulation, it begins when the main deck is exhausted. The game continues normally, but if a player is left without a ring on the field, he leaves the game. Victory is awarded to the player who is the last to remain in the game.

Writing a review for each expansion would be futile, since the regulations are identical: what changes are in fact only the themes. Below is the list of expansions:

Our Impressions of the Game | Ringing Review

Ringing is an easy to learn game with simple mechanics. The themes are absolutely for adults, and must be taken with extreme irony and lightness, but this particularity makes it interesting and fun. The games are quite fast, they can last 30-40 minutes, and the composition of the deck alone makes it light to carry to a friend's house or on a trip, requiring only the game plan as space. Each card is easily identifiable as a ring, power-up or event, and is graphically composed - very classically - by a name at the top, the erotic image in the center and the various skills at the bottom.


As a review, we also point out the downsides: it is in fact difficult to remember every single prostitute and her ability by heart: this forces players to often check each other's cards to understand which is the most dangerous to attack, which slows down the game a bit.