We finally got our hands on the Nintendo Switch port of Yonder: The Cloud Catcher Chronicles, indie debut of the Prideful Sloth team, which however (alas) has very little of “prideful”. Let's find out in this review

Yonder: The Cloud Catcher Chronicles (which from now on we will only call yonder), is an indie video game developed by the team Prideful Sloth, released in 2017 for PlayStation 4 and Microsoft Windows, and only recently landed on Nintendo Switch. Although the visual impact is particularly impressive, and some stylistic choices are as interesting as they are apt, Yonder suffers from some underlying problems that make the experience enjoyable only up to a certain point. But let's go step by step.

The story of Yonder tells of a young man who, following a storm, is shipwrecked on the beaches of groan. This beautiful land is tainted with Miasma, a toxic cloud resulting from the evil that struck Gemea years earlier. The main purpose of our chosen one, therefore, is to eradicate the Miasma with the help of some sprites (vaguely reminiscent of the fairy Navi in ​​Legend of Zelda), to restore peace to Gemea. In addition to the main story, the game world is fully explorable and littered with secondary quests that can be activated through the inhabitants of Gemea.

The visual impact (the graphics engine is the same as in Breath of the Wild) and the attention to detail of the game world are certainly Yonder's strengths, immediately making it clear that the team does not aim so much to entertain with the gameplay itself (totally absent the action component), as with the exploration. The fauna is well cared for, the materials to be collected are not very many but they are well distributed in space, and the dynamic day-night variation (linked to the respective changes of scenery) makes everything very harmonious.

And in your free time? - Yonder Review: The Cloud Catcher Chronicles

As previously stated, the Prideful Sloth immediately makes it clear that Yonder does not focus everything on the main storyline but, on the contrary, tends to occupy the player with a flood of secondary activities. In addition to exploration, the secondary characters of the game world are always ready to entrust our hero with some tasks in exchange for rewards (classic RPG cliché), also forcing us to move from one region to another of Gemea.

Beyond researching or transporting materials, crafting and talking to the various inhabitants, we will often find ourselves busy fishing, finding all the hidden sprites and we will be engaged in the development of our own farm. The latter is probably the nicest activity, which will keep the player busy with the most balanced and rewarding action / reward system in the game. Building feeders for animals, fences and cultivating plants are just some of the activities that can be carried out for our farm, furthermore automating many of the most boring tasks, assignable to the various (otherwise useless) citizens. 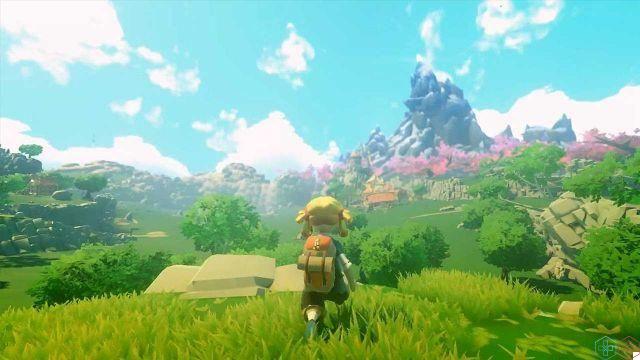 So what's the problem? - Yonder Review: The Cloud Catcher Chronicles

If Yonder finds its strength in exploration, stylistic choices and the "relaxation" factor, the gameplay leaves something to be desired. Here the first problems of the game arise; first of all, the total absence of an action component makes the main story dull and slightly monotonous, since the main quests consist exclusively of recovering raw materials to be transported between the various regions, speaking or carrying out tasks assigned by secondary characters, or even waiting for them to pass a tot. of "virtual" days to complete the mission.

Secondary activities are also enough monotone and after a few hours of pure exploration, interspersed with some secondary mission, you get bored. In addition, the limited inventory space contributes to making the performance of assigned tasks particularly problematic. It often happens to find useful materials (which we will need later) and have to leave them to make room for what is needed for the ongoing quest, making the gameplay decidedly cumbersome.

In addition to the pastime offered by the activities of the farm, and the crafting-barter component of the materials, mixed with exploration, the game tends to get tired soon and consequently completing the main storyline becomes tiring. Finally, although the world is beautiful and visually impactful, and the fauna is quite accurate, the characterization of the characters has been very little taken care of (they all seem avatar Thousands), and they are all very similar to each other.

Some textures are occasionally slightly washed out and every now and then it happens to run into very light FPS drops, which however do not affect the final scenic result too much. Even the audio sector does not stand out particularly; the dialogues are practically non-existent (the characters - Mii when questioned emit only verses, aided by subtitles), and apart from a nice and catchy main theme, the sound design is quite coherent with the game environment without, however, stand out for originality. 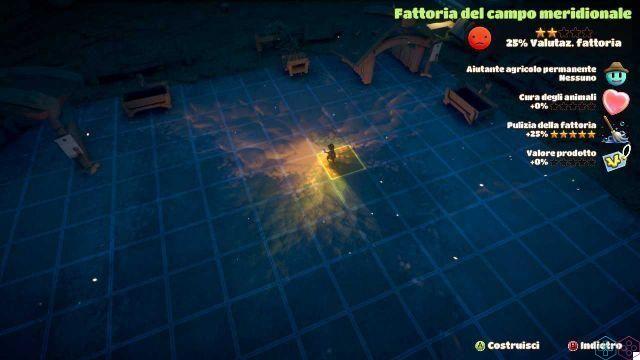 Yonder: The Cloud Catcher Chronicles is a fresh title, interesting for some choices, but too penalized by its shortcomings. The desire to resemble "The Legend of Zelda: Breath of the Wild" in the exploratory component, without however its characteristic action component, makes everything cumbersome, dull and inconsistent. As repeated several times, in addition to the pastime offered by the farm and the exploration of a decidedly refined game world, Yonder does not offer entertainment that justifies the list price, leading users to turn to something more tempting.

In summary, Yonder is the perfect title for those who want to disconnect from the monotony of the blows, to devote themselves to the most innocent and carefree exploration without too many frills, but getting tired after only a few hours of play.