Review Without Escape: between puzzle game and point & click horror

First work of the developers Bumpy Trail Games, Without Escape is a "relaxing" graphic adventure, with puzzle game and point & click elements reduced to a minimum. The strong point of the title is precisely this desire to make the experience minimal, guaranteeing accessibility to anyone who wants to try their hand at an atmospheric horror game for the first time, based on puzzles that are not insurmountable after all. Our ability will be reduced to interacting with some "hotspots", or points of interest, simply by clicking on them and allowing us to visit the various environments or interact with the objects we find around.

Without Escape is a minimal graphic adventure

We will have at our service a simple and reduced inventory, in which we will collect tools collected almost everywhere, which will allow us to unlock particular situations during the game. An example above all: there will be some rooms totally in the dark, in which we could basically do nothing. Once we collect an object that will allow us to shed light in the environment, we will be allowed to see all the elements inside the room and, finally, be able to interact with the objects or collect others. The feeling you get is that of having to "do things" to "make other things happen", as in a sort of triggered adventure, like the ones users of this category are used to on mobile devices. A simple screen below will allow us to read the thoughts of our protagonist and the observations on the environments and objects that surround us.

Our adventure begins with a description of the situation in which we find ourselves: our parents went to visit their grandparents, far from the isolated house in which we live. They will probably be away for the whole weekend and we, in spite of throwing a mega party and inviting the whole neighborhood, warm up a lasagna in the microwave and, after watching some random programs on television, we go to bed like a good one. little children. However, due to a strange noise coming from outside our room, we are kept awake in the middle of the night and we decide to start investigating what is going on. Thus begins our adventure, which will initially take place in our house and which will force us to observe some oddities that will occur during our investigation. We will always have in mind the state of mind of our protagonist - whose thoughts we will read through a box at the bottom, jrpg style - and we will be able to take the actions that are suggested to us by a symbol next to the mouse cursor, every time we pass with it on a hotspot. Our character's controls are reduced to exactly this, with no movement in three-dimensional space, nor will we have the ability to rotate and have any controls on the camera.

We will therefore move in two-dimensional environments, very similar to three-dimensional rendering images. That is, we will have the sensation of having backdrops made in 3D in front of us, but with which we will not be able to interact as in a normal three-dimensional space. This is obviously a well-conscious choice of the developers, as it would have been extremely easy, thanks to the simplified and low-cost tools offered by the latest generation graphics engines. The settings and the style are very reminiscent of the 90s graphic adventures, which sometimes took photographic backdrops. One cannot but recall the glories of the genre, such as Zork e Myst, which have represented a milestone and source of inspiration for many other point & click titles. 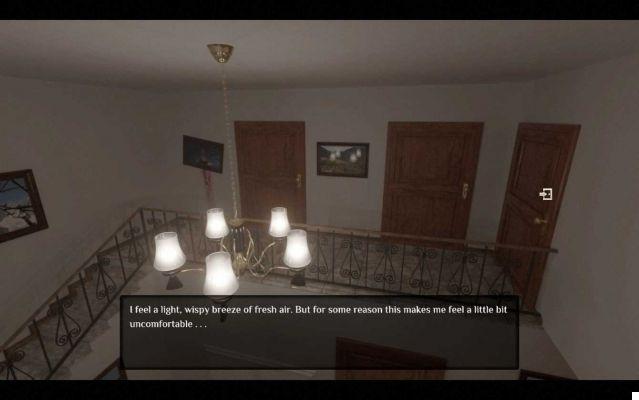 The backdrops are well cared for and, although full of details, not confusing.

From time to time, as we have already said, we will have the opportunity to visit the environments and collect objects. The puzzles that are presented to us are not particularly difficult, but can be faced in two ways, different from each other in terms of time and mental resources. In fact, we can devote ourselves to thinking about the actions to be done, sequentially triggering the events and continuing in the game, or give ourselves to the most vulgar of "Trial and error“, Clicking on practically everything clickable, hoping to activate something that allows us to move forward. The simplicity and accessibility of Without Escape they want to allow anyone, even the user who has practically never played a video game, to be able to participate in the adventure and, who knows, fall in love with a quiet genre like that of graphic adventures. Another important note is that the title can be played in a single session. Without Escape in fact, it can easily be completed in an hour and a half, without any particular commitment.

This could perhaps be a plus for one category of users, but demerit for others. Longevity is, of course, nothing and once we play the title, we will hardly want to replay it (although there are multiple endings), but we will doom it to oblivion from our hard drive. If the backdrops and the setting are pleasant and, all in all, inspired, the music turns out to be a little repetitive, even if it performs its task in an excellent way. The changes in tension are underlined by an increase in the musical climax, so as to increase the anxiety in the player and allow greater empathy with the protagonist of the adventure. But the feeling you get after playing Without Escape to the end, is to have a tight offer in your hands, at least for a true and voracious gamer. For those who want to enjoy without too many pretensions a horror title, calm and with some strong gore scenes, i 5,69€ of the ticket price could be well spent. Otherwise, for those who are used to playing similar titles and want to have a greater longevity, perhaps with a more robust plot and twists, at that figure (if not less, during discounts and for older titles), you can aspire to titles best. 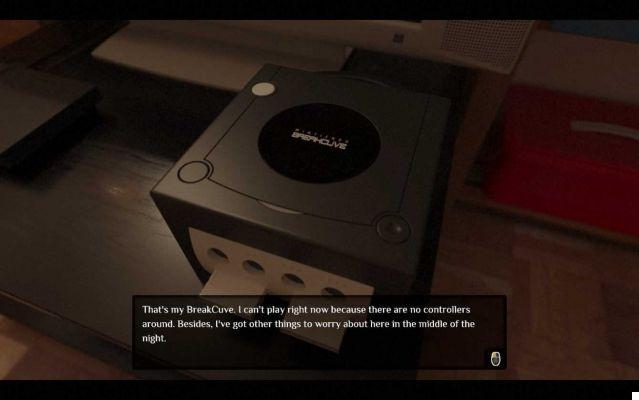 A treat: the game is full of freebies and it's up to us to find them all!

Did we like Without Escape? The verdict of the review

So let's sum up: we recommend Without Escape? Art is a subjective and objective concept at the same time. Of Without Escape its artistic value, attention to graphic details and the skilful creation of backdrops with elements reduced to a minimum, but credible, are recognized. The plot, even if not written in the best way, however, it provides interesting insights, which maybe could lead developers to deeper products, after this first title. If these characteristics are important to you and you have the kind of philanthropy that allows you to have confidence in the development team, perhaps encouraging them to develop the good in Without Escape, then yes: it's for you. Otherwise, if you are veterans and lovers of the horror genre, looking for thick and profound adventures, maybe who want to go without fail: no, forget it, Without Escape is not for you.