Let's find out in this review of Trine 4: The Nightmare Prince if this fourth chapter manages to stay on the good levels to which the series has accustomed us

Developed by Frozenbyte and published by Modus Games, Trine 4: The Nightmare Prince is preparing to release on PS4, Xbox One, Nintendo Switch and PC the8 October. The tested version is the basic PS4 one. We also remind you that the game will be available both stand-alone at the cost of 29,99€ both in Trine Ultimate Collection, a complete package of all 4 games in the saga at the cost of 39,99€. Let's get ready once again to enter the great fairy tale of the heroes of the Trine. Will the Finnish software house be able to convince once again having reached the fourth chapter of the saga? Let's find out in this one review! 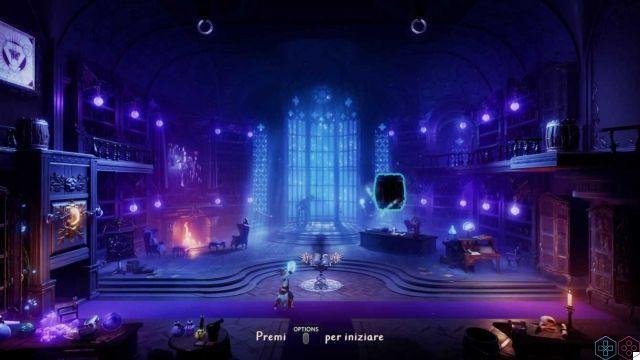 The plot of Trine 4: The Nightmare Prince (from here on simply Trine 4) tells the story of a principle escaped from the Astral Academy. Through his magic he can make both his own real nightmares than those of other people. It is up to the 3 heroes of the Trine reunite for the fourth time to convince the prince to return to the Academy where he can learn to control such a dangerous power. The game then puts us in control once again of Zoya the thief, Amadeus the magician and Pontius the warrior grappling with this new adventure.

Frozenbyte's purpose is to tell us one little fairy tale, although this time with a little darker shades. Team that wins does not change and the use of the usual 3 protagonists allows us to immediately represent the archetypes of fantasy, so as to immediately immerse ourselves in the colorful world of Trine 4.

During the game the plot flows in such a way simple and straightforward, as it is only a pretext to immerse our protagonists in the most varied game environments. Surely this is not the focal point of the production but it is still pleasant to watch the story continue. 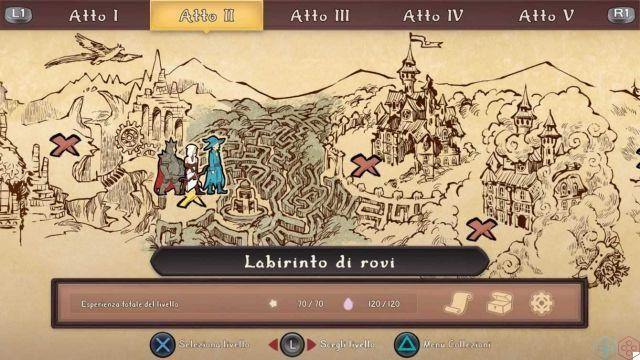 Trine 4 is a action puzzle game with small platform elements inside. The player (single or cooperative) has the possibility to use one of the 3 interchangeable characters at will at any time during the various chapters. Through the special skills of the protagonists the player must overcome the environmental puzzles and defeat the enemies he will find in his path.

The game will be entirely in 2.5D, the various levels have three-dimensional models but they all take place with horizontal scrolling. Frozenbyte then decides to listen to the fans and removes the alternation with the phases 3D, distinctive element of the third chapter. The choice to return to two dimensions is very appreciated,  the latter being certainly the most successful and well thought out.

Just the little news compared to the previous chapters is one of the problems that afflicts this title. In fact, the game offers rather conservative choices in order not to upset the structure of the series. 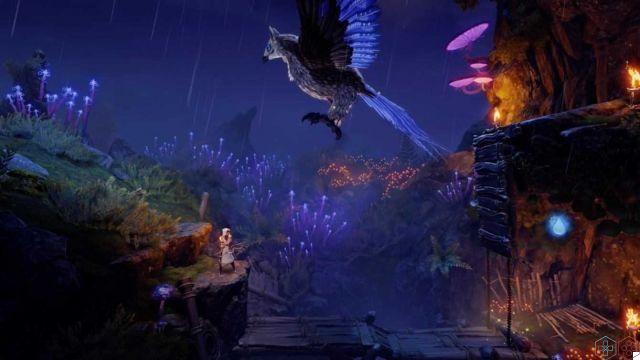 The game is divided into 5 acts, each of which has within it 3 or 4 chapters. The first act serves as a small tutorial for each of our 3 protagonists (a trailer was also recently released which features the new abilities of the characters).


Zoya, the thief, can throw arrows with his bow and can use the grapple to hang on the walls. The grapple cannot be used freely but only in the presence of small hooks attached to the walls or boxes. While arrows acquire gods elementary powers which are very useful for solving environmental puzzles.

Amadeus, the magician, can evoke of the breakage and other objects of various kinds through which he can both fight and overcome obstacles.

Pontius, the warrior, is gifted with sword and shield. The first can obviously be used to fight while the second can be used to defend against enemy attacks, move water or reflect light to activate some mechanisms.

If you notice a balancing of the characters slightly more finished compared to the past. All three have their own peculiarities and you will find yourself constantly alternating their use both for solving puzzles and in combat. Obviously some characters are more efficient of others in some situations; for example Pontius is purely devoted to combat and will almost always be the best choice in these situations. While Amadeus remains as always the most versatile character, strong in combat as well as useful for solving puzzles. Note of demerit for Zoya who finds less space in combat, but in some moments it will be very useful to the player.

The various chapters are divided into two phases well distinct; the first is that of resolution of environmental puzzles while the second is the phase of combat. Let's now analyze these two components in detail. 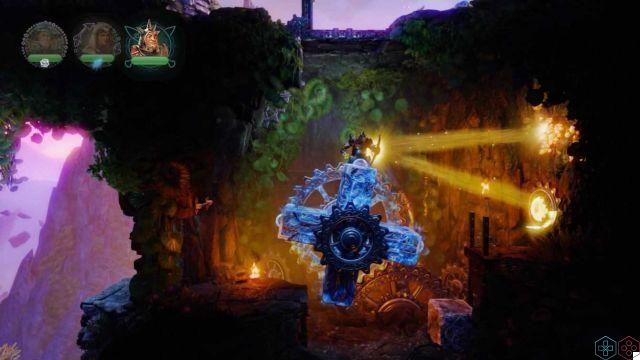 How do I get there? - Review Trine 4: The Nightmare Prince

The puzzles are presented in a similar way to the previous chapters, it is necessary to use the skill of our trio to understand how to overcome the puzzles. The strong point of the production is just that, the puzzles have more and more of a solution possible and it is up to the player to decide how best to overcome them. The advice therefore is to unleash your creativity. Use the game physics to your liking without limiting yourself; you may find yourself solving puzzles in the weirdest ways that not even the developers have thought of and generally these situations are the ones that give the most satisfaction.

For the more impatient there is the possibility to wait a few minutes for a solution suggestion some puzzles. In general, the puzzles, excluding the secret ones, they are not very difficult and it will be rare to have to use this mechanic.

Each chapter brings with it a new puzzle mechanic, from the use of mirrors to reflect light to portals in full Portal style. In this way the various environmental puzzles are able to renew themselves from chapter to chapter without boring the player.

Returns, after the exclusion in the third chapter, the skill tree. Defeating enemies accumulates experience which automatically unlocks new actions for characters to take. In addition, the vials scattered throughout the levels allow you to choose upgrades for the protagonists.

The component of freedom in the upgrade is almost nil, only in very few situations will you find yourself having to choose between multiple upgrades available. If this may seem like a step back, at the same time it turns out to be an advantage of the production; since abilities automatically unlock at certain specific points, the puzzles from then on will require the use of all skills known to the characters making the puzzles always new and different throughout the adventure. 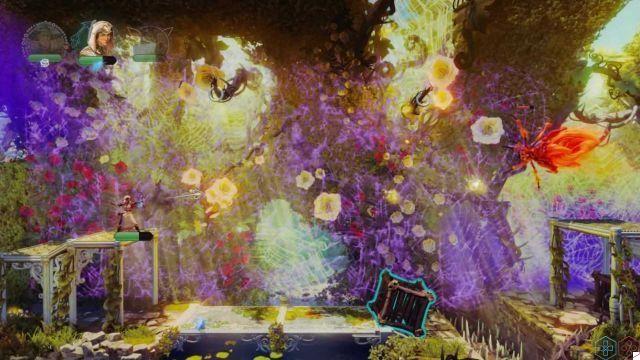 If the puzzles are varied and always fun, the same cannot be said of the fights. Unfortunately this phase turns out to be too sketchy. The variety of enemies is minimal and you will almost always find yourself repeating the same action to quickly end the fight. Even the bossfights present at the end of each act are all very simple and without interesting ideas. However, I appreciated the inclusion of some specific enemies that encourage the use of less accustomed characters in combat such as Zoya.

There are also a whole series of collectable, 3 per chapter, which will inspire you to explore the most secret areas of the game. Collect them all for completing the game 100% will be a demanding challenge, but pleasant. In addition, the letters offer some little insight into a very welcome outline, accompanied by the always present jokes by our 3 heroes.

In short, the fight turns out to be the real weak point of Trine 4, although we remember that this aspect is secondary to the objectives of the game. Frozenbyte has focused a lot on inserting new puzzles and with total freedom of approach, with the clashes that act as a quick break between one puzzle and another. 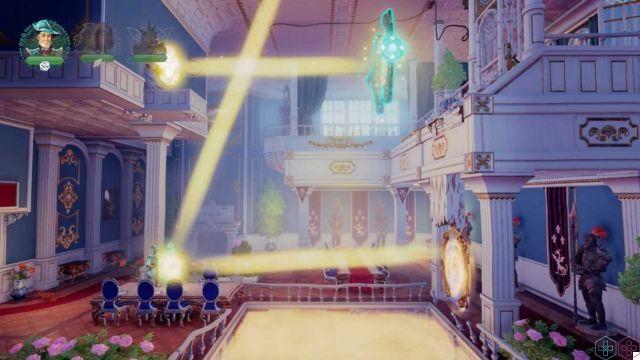 Trine 4 enjoys a good technical sector. The game does not leave you speechless as it could happen with the previous chapters, but there will be moments in which to remain pleasantly satisfied. THE bright colors environments will immerse you in the fairytale atmosphere of the game. The variety of levels is good going from magical forests to snow-covered peaks, there will also be levels with darker tones. From this point, therefore, we can consider ourselves fully satisfied.

The soundtrack is good but not memorable. The melodies that will accompany you in the game are pleasant, but they don't have moments that you will remember in your heart. In the game, the adaptation also includes a dubbing in Spanish in line with the previous chapters. 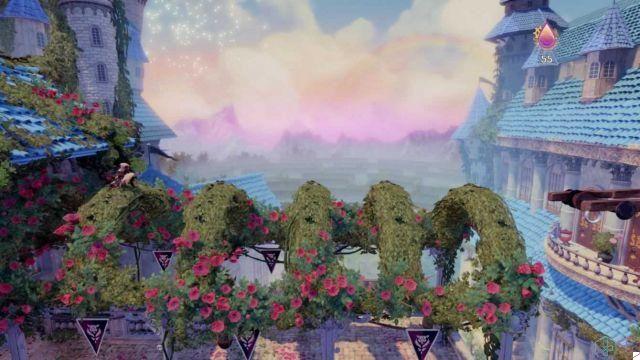 Trine 4: The Nightmare Prince is a enjoyable game that will amuse you from start to finish. A strong part of the game offer is given by puzzles, which can be solved in the most imaginative ways. Unfortunately the fights disappoint a little and turn out to be too simple and repetitive. In general the difficulty of the game is set downwards; the puzzles will not take too long to solve except for the secret ones to 100% completion which are generally more complex and will give you more satisfaction when you manage to overcome them.

The game formula does not innovate compared to previous iterations but remains on the good level that characterizes the saga. In fact, Trine 4 manages to take the strengths of the first 3 and mix them together for what it turns out to be the most balanced chapter of the entire series.

Thus concludes this review. Are you interested in this fourth chapter of the Frozenbyte fairy tale? Let us know and keep following us on the techigames pages!

7.5 The synthesis of the whole saga

add a comment of Review Trine 4: The Nightmare Prince