Review The Surge 2: a question of trust

Let's go back to trusting the boys of Deck 13, with our review of The Surge 2, a newborn who tries to bring an unfortunate first chapter back to life

When two years ago, in a 2017 rather full of high-sounding titles (just think of The Legend of Zelda: Breath of the Wild, Nier Automata, Super Mario Odissey or Prey) Deck 13 came forward with its The Surge, a widely and blatantly inspired by the Miyazakh saga of Dark Souls, we all stood with bated breath to understand how much quality there actually was, and we were disappointed. Two years later, here is The Surge 2.

The Surge 4 arrived a few days ago on PlayStation 2, Xbox One and PC, taking up the stylistic features and also the narrative bases of the first chapter, tries to revive its fortunes by improving its founding aspects and expanding it. Will he really be successful? Find out with us in our review. 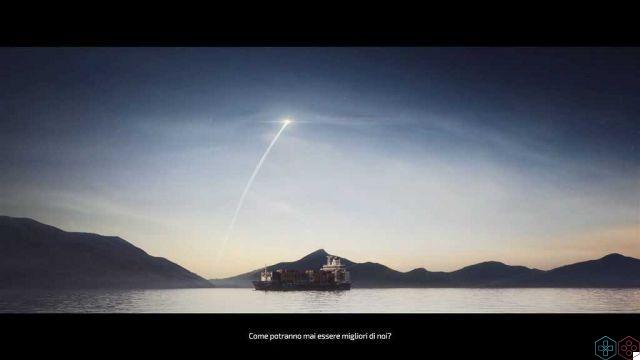 But then, there was fire… – The Surge 2: Review

Let's leave behind the protagonist of the first chapter and enter a completely new and unprecedented game world, Jericho City. This time we can create the character ourselves, choosing gender, origin (a factor that does not change the characteristics, but only a general appearance of the face) and various aesthetic components in a rather dull editor and certainly not very developed.

The narrative pretext of The Surge 2 is quite simple, as well as all the script that goes with it: our protagonist was the victim, two months before the start of the game, of a terrible plane crash of which he is the only survivor ... or almost. He awakens inside an attacked detention center and, armed with a pair of defibrillators, will have to make his way through robots and other inmates to get to see the sunlight. 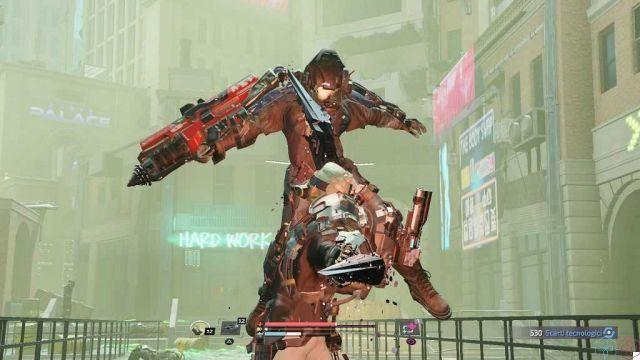 As already mentioned, the title of the German studio certainly does not shine for the script, which will in fact be barely outlined. The lore of the world, on the other hand, is as always narrated at an environmental level with dialogues from the various NPCs and recordings scattered throughout the game maps. In an era in which machines have taken over human beings, who have even begun to graft mechanical and robotic parts to raise their potential, there are certainly many things to discover. Perhaps a little less interesting.

The goal will therefore be to find out what happened two months earlier, who is that little girl who haunts our dreams and above all to survive a Jericho City that is teeming with armored guards and very, very angry with anyone who dares to wander the streets of the gone city. in ruins. The presence of many NPCs and the aforementioned recordings, however, fails to raise the level of interest in a story which, as in the case of the first chapter, will still be trivial and uninspired. 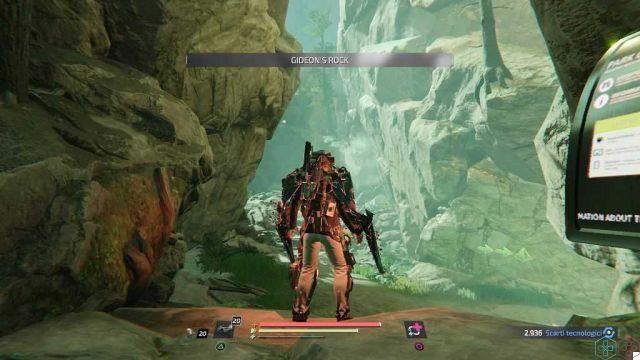 … and with fire came disparity – The Surge 2: Review

We come to the central part of the whole The Surge 2: the gameplay. Starting from the ashes of his predecessor, the title of Deck 13 takes up the basic mechanics and extends them in a not too risky way. The literal "dismemberment" of the opponents obviously returns. Through the targeting system of the enemy it is possible to select the various parts of the body of the same and decide which to hit. If we manage to break those with armor, we can cut them with a powerful finisher that will allow us to obtain the "diagrams", the "recipes" if we can define them in this way, to reconstruct that particular piece of equipment.

Defeating the enemies will obviously lead us to obtain experience points, which can be spent in three different characteristics: health, stamina (or stamina) and battery. The first two have a rather clear value and will allow us, respectively, to increase the Health Points and the Stamina bar, which allows us to attack, dodge, parry or sprint. The Battery, on the other hand, is the statistic that regulates the use, precisely, of the batteries, obtainable by hitting the enemies and that they will allow us to use the finishers already mentioned above or various types of injectables. The latter will allow for different types of effects, from basic energy recovery to many other positive effects. 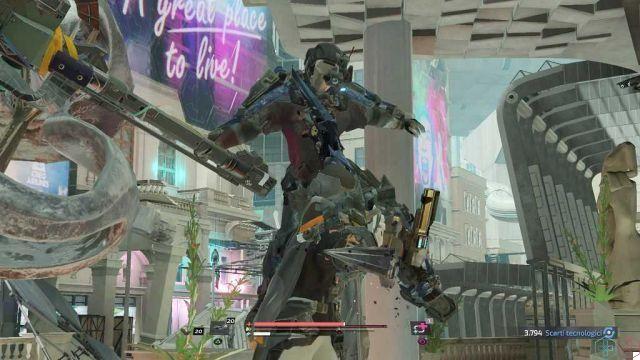 It is also possible to parry with a directional parry which, if successfully completed, allows for a real "Parry", but we didn't find this mechanic all that useful. More than parrying, in The Surge 2 it is better to dodge and learn the attack patterns of the various enemies well. Taking the risk of parrying does not involve particular benefits and, indeed, often leads to premature death.

Upon our death we will be taken back to the last Medbay (Deck13's Bonfire) used. Through these stations it is possible to level up and break down the various metal scraps that we have obtained to create new equipment through the diagrams and materials obtained by fighting. There are different sets of armor and weapons, all quite varied and with unique movesets and characteristics. Both dodge and parade lovers will be satisfied. A point in favor of customization, which certainly could not be obtained with the mere presence of three characteristics. 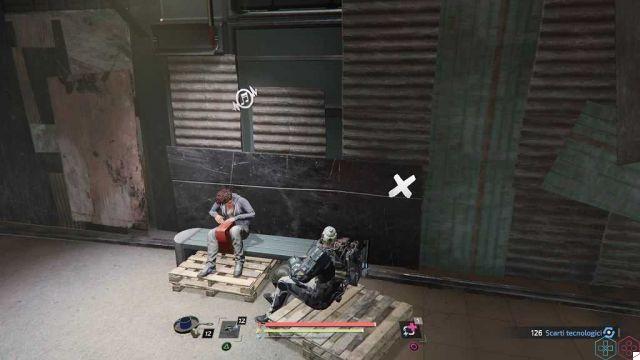 Last but not least, the Plants already present in the first chapter return. The latter will bring a varied range of positive effects to our protagonist, consuming Nuclear Energy which will increase as we level up. The Drone is back too, equipped with limited ammunition, but potentially lethal if used carefully.

In short, from a purely "game" point of view, The Surge 2 offers a good variety of potentially fun and diverse situations, leaving room for an excellent level of customization and particularly interesting ideas from which to continue. The difficulty level is also not exaggeratedly aimed upwards. We are definitely not talking about an easy title, but with a good dose of patience and reflexes you will be able to master the game rather quickly. A special mention goes to the boxwoods, quite different from each other and offering a fairly pleasant level of challenge. 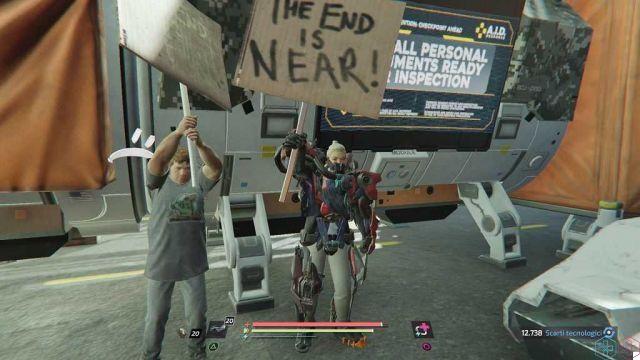 The sore side of The Surge 2 is definitely the technical one. We had the chance to play the title on PlayStation 4 Pro which, like many others recently, offers the possibility to switch between a "Performance" and a "Quality" mode. If the latter allows us to have a leap upwards as regards antialiasing and surfaces, unfortunately it undermines the fluidity and reactivity of the title, therefore having to fall back on the former.

The rather stable 60fps, however, is not enough to make up for the terrible technical downgrade it has to face: textures that load late (or maybe never), pop-ups at very close range and all too visible jagged edges these are just some of the technical shortcomings you will have to get used to if you want to play in a "fluid" way. We cannot know how it runs on standard consoles, but if such problems arise on their enhanced versions we dare not imagine on standards. Many gamers will not even notice these strong technical shortcomings, but it is still something that undermines the use of The Surge 2 and that we must point out in the review. 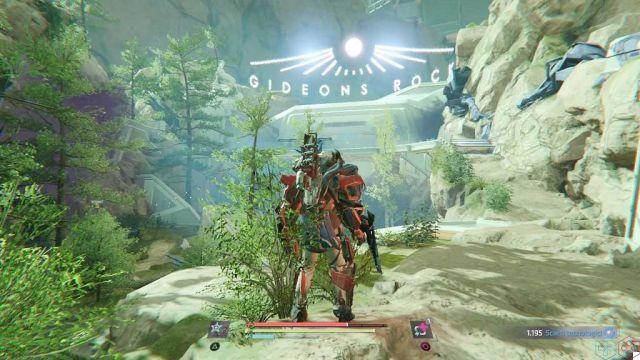 The animations continue to be those used in Lords of the Fallen as well, another Deck 13 title, and they would definitely need an improvement and… why not, some changes. The game map is open and certainly gives a greater sense of freedom than the first chapter, but it is bare and full of completely useless objects, with a few hidden crevices and secrets to discover. Obviously, as you can imagine, we are not talking about a real open-world, but a series of levels all interconnected with each other through doors, gravitational elevators and so on.

The Surge 2 takes and amplifies everything that the first chapter had to offer in terms of gameplay and spirit, improving some of the mechanics and adjusting the shot to the merely "playful" side. Too bad that on a technical level we are still far, far behind compared to some of his "peers" in this generation and the lack of an incisive script is really starting to be felt.

add a comment of Review The Surge 2: a question of trust