Review The Station: without oxygen or ideas

The Station takes us into space to reveal yet another sci-fi mystery: let's find out in our review of the PlayStation 4 version if the adventure was successful!

Starting tomorrow, Tuesday 20 February, will be available The Station, first-person sci-fi themed adventure born on Kickstarter towards the end of 2016 (thanks to 343 backers who have donated more than 15.000 dollars). The game will be available su PC, Xbox One e PlayStation 4 (version we played). The Station (which is also the name of the development team) enters the group of works called "narrative adventure"(By fans) or" walking simulator "(by detractors).

The work opens on a very specific idea: what should we do if we discover the existence of a sentient and technologically advanced but extremely warlike alien race? Do the potential material and intellectual gains resulting from direct contact justify the risk of attracting the attention of a violent world? A space station is then sent to study this planet in secret: Towards the end of the mission, however, communications are interrupted and the fate of the three crew members is unknown. We will play a specialist sent to investigate. Let's find out in this review how things went. 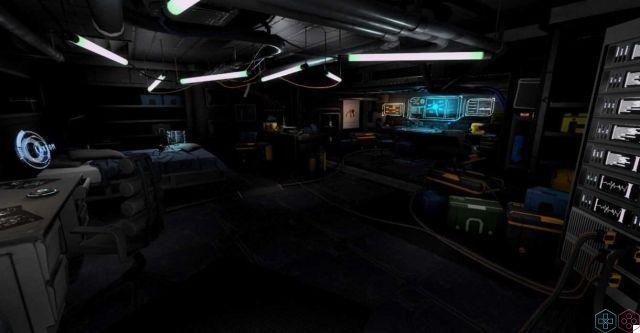 An opening certainly not very original, like the whole game, unfortunately. We know it well, narrative adventures are a genre that is anything but simple to develop: everything is based on the quality of writing, on a good atmosphere and a good pace. The "playful quantity" in this type of works is extremely limited e if every fragment doesn't fit perfectly, the game collapses on itself very quickly.

The Station, as we said above, tells the story of three people sent to a space station. On our journey we will find out who they are, how they got to that station and what happened to them during the mission. The answers to each question will arrive very quickly (between two and three hours played calmly for 100%) and will not give us great satisfaction. The characters are generic, defined by a few character traits and do not evolve over the course of the story. We ourselves are a simple indefinite avatar, with no connection with what is going on: this makes it even more difficult to get involved.


The narrative itself is structurally not very elaborate: through audio diary, email and paper notes we will discover the (limited) personalities of the protagonists but not much else. The Station also tries the path of environmental narration (Gone Home school, to understand) and does a discreet job, but when there is little to tell it is not possible to work miracles. The game also tries to throw us some philosophical-ethical suggestions but fails to reach a real point of the discourse. The mystery of the crew's disappearance is revealed in a few lines and the final plot twist is something extremely abused and, moreover, poorly constructed.

If what is not given to you by the plot and the context you are hoping to obtain from the setting, put your heart at peace. The Station offers few environments, discreetly made but very generic in style. Other than a couple of holograms, a half-robot, and some sci-fi terminology, there won't be much to grab your attention. Looking through the windows of the station towards infinite space will not leave you with a cosmic vertigo but only a grimace of annoyance for the flat textures glued to the background.

Controller in hand we will not have much to do: as expected from the genre, we will be required to explore, read, listen and interact with a handful of objects. The Station still tries to propose some sporadic enigma, but nothing intriguing.

Technically, the work does not defend itself too well, moreover, due to a frame rate constantly below thirty fps which ruins the little atmosphere that is generated. Hopefully a patch will fix this, but for now it's pretty annoying playing The Station on PS4.

The sound behaves even worse: the dubbing (exclusively English, as well as the subtitles) is sufficient, but the ambient effects and the soundtrack are almost absent most of the time. Silence does not generate tension but, on the contrary, it demeans the experience. 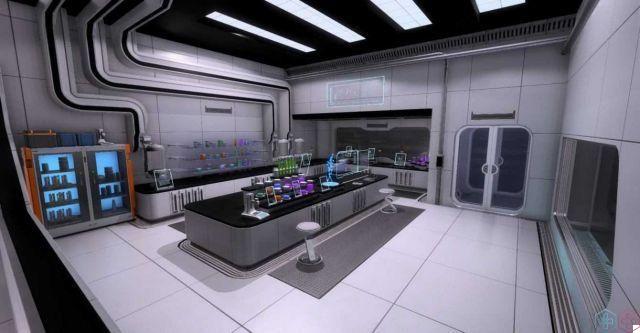 The Station - review: who should buy it?

If we were to try to describe The Station in one word we could not do anything but say that it is a limited work. It is an idea, an undeveloped attempt, which however does not allow us to glimpse even the wasted potential. Going through the cabins and hangars of the small station that gives the game its name is not unpleasant (apart from the frame rate) but at the same time it leaves nothing inside. It is simply a harmless work that we can hardly recommend even to the greatest sci-fi fans.

Thanks to the developers for granting us a code for the review.

Review The Surge 2: a question of trust ❯

add a comment of Review The Station: without oxygen or ideas