Are you looking for a fantasy-style board game in which to immerse yourself with your imagination during your free time? Then stop for a moment, because reading this review you will find that Talisman - The Magical Quest Game (4th edition) is the one for you. Let's take a look at this amazing board game, the game mechanics and its expansions together!

Talisman – The Magical Quest Game it's a fantasy board game very popular, produced by Games Workshop for the first time in 1983, and over the years it has been subject to several editions, reaching its fourth in 2007.

This beautiful game was born from the idea of ​​Robert Harris, who initially designed it to have fun with his friends. The goal of the game was to become the principal of a school, but later Harris completely changed the environment, transforming it into a fantasy scenario, so Games Workshop continued the project until it was realized, finding considerable success during the course of the weather. That said, let's break down all the details related to Talisman in our review. 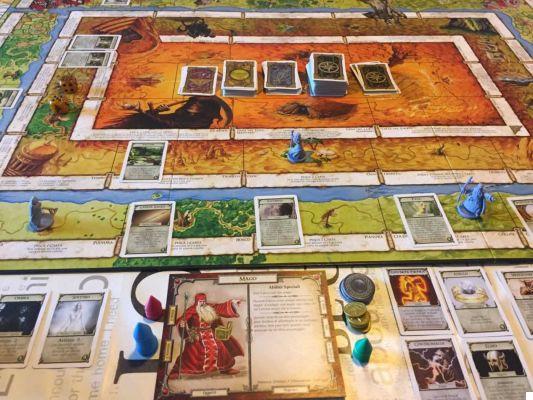 The rules and mechanics of the game | Talisman Review

Talisman - The Magical Quest Game is a fantasy board game which carries its competitors in a enchanted world, called precisely Talisman, full of good and monstrous characters. Here, each player is represented by a pawn, specifically one miniature provided in the basic box, and aims to continue as much as possible, facing magical enemies of all kinds, trying to reach the so-called Command Crown, an object with extraordinary powers that allows absolute domination over the entire universe.

After arranging the board and defining i player roles, which may vary by 2 to 6, each of these can control their pawn through a classic roll of the dice, thanks to which the number of boxes related to movement is determined. A special event, which can be for example a meeting with another character of good, evil or even neutral. Plus, reaching a square almost always means having to draw an adventure card, which therefore implies that, during the trip, each character has to face different challenges with increasing difficulty, but to continue it is necessary to strengthen ability ed equipment. Besides, everyone the characters are different from each other, as they represent creatures of different races.


The game ends when a player succeeds in the difficult task of reaching the last square of the board, where exactly there is Command Crown, but until then all eliminated players can rejoin the game by choosing a new character.

All Talisman characters have one card containing several characteristic features, listed below:

Furthermore, at the start of the game, all the players have to draw three characters in a completely random way: among these it is possible to choose the definitive one.

As previously mentioned, when a character reaches a square, he is often forced to draw an adventure card. This can mean:


Each card is characterized by an index, called "meeting number". This value is used for the resolution of the cards drawn, giving priority to the lowest values ​​in each turn. All unresolved cards remain on the relevant space.

Caution: all the rules described are the result of a summary of the entire regulation. To play correctly, you need to read the manual supplied in the game box. 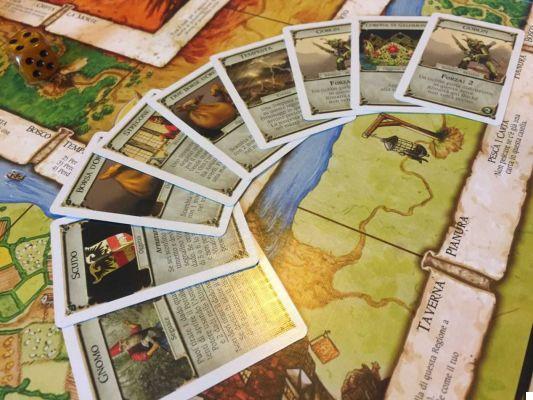 there numerous expansions of Talisman and they certainly deserve to be part of this review. The Games Workshop, in fact, has created a multitude of variants that allow you to expand the number of characters, places and adventure cards. Here are what you can find on the market:

Our impressions of the game | Talisman Review

Talisman - The Magical Quest Game is without a doubt one of the best board games currently on the market and arouses great interest especially among fans of the genre fantasy. Featuring a pretty simple game mechanics, however, requires a good deal of patience for novice youngsters. A positive note is given by the fact that the story can be different from game to game, thanks to the numerous expansions currently in production, which allow you to enrich the storyline and change the game difficulty. Finally, it must be remembered that the fate of the events depends very much on chance, as dice and adventure cards play a decisive role.


In summary, Talisman is the kind of game suitable for all fans of fantasy stories and is ideal for spending a pleasant evening with family or friends. It is recommended for gamers from 13 years up, given the game mechanics, e allows you to improve mental skills related to concentration, which falls under the most important educational goals for young people. 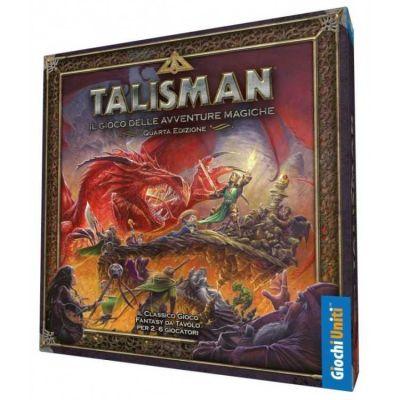 Talisman - The Magical Quest Game review ends here. For any questions or requests we are available via the comment box below. Also, if you are interested in the world of TV series and movies, we suggest you take a look at our Movies and TV Series section. Of course, don't forget to come back our pages to discover the latest news on the world of technology!

Review Ticket to Ride: a journey across the United States ❯