Beautiful, bad, lethal: the little masterpiece of Ska Studios, an independent but incredibly skilled team, finally arrives on the Nintendo Switch. Don't you know what it is? Of a portable Bloodborne: we tell you about it in our review

There will come a day when on Nintendo Switch they will stop landing independent productions and even large-caliber titles already seen in the last five years elsewhere, from the PlayStation 3 onwards to arrive on the current generation consoles: but this is not the day. And perhaps fortunately, given that so many newcomers will often have the opportunity to enjoy real pearls even on the small but portable Nintendo Switch screen. Salt and Sanctuary is the last to respond to the group's appeal of these games.

If you know Salt and Sanctuary and you have already played it elsewhere, you will probably have an eye on this review and one on the Nintendo eShop of Nintendo Switch to put the game in download: perfectly understandable. But all the others who have just discovered it deserve to know more: in this review we will tell you how it behaves on the new hybrid of the Kyoto House, but above all what its world has to offer you. terrifying and punishing, and for this reason simply irresistible.

If you have played any title in the series Souls you have already become acquainted with the soul and with part of the gameplay di Salt and Sanctuary, so much so that we would not feel so far from reality to call the title of Ska Studios a portable 2D Bloodborne. The game world is in fact as dark as it is fascinating, inhabited by mysterious and lethal creatures. It all begins during a diplomatic mission: we escort a princess to be sent in marriage to a sovereign to avoid a certain war, nothing more vague and functional at the beginning of lethal fights. In fact, things will go very quickly on the wrong path, the ship with the expedition will be wrecked and we will remain at the mercy of an island where the world seems completely different from what we remembered, and where salt is a requested and very precious commodity. 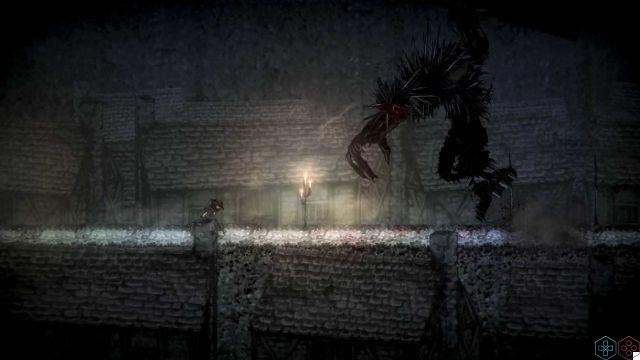 Hence a long journey (but not too many hours of play) in search of Princess, encountering along the way several NPCs but above all cruel and fierce monsters. Defeating them, not even on purpose, will be anything but a walk: the level of difficulties production is definitely geared upwards, but we will talk about this a little later. For now, in fact, we would like to underline it as one of the most important aspects of the adventure of Salt and Sanctuary both the so-called "lore" of the game, that is the atmosphere you breathe and the history of that world that must be carefully reconstructed document after document, description after description, meeting after meeting.

Dark Souls with a hint of metroidvania - Salt and Sanctuary Review

One of the points in favor of Salt and Sanctuary, along with the game lore, is the Artistic direction: as evanescent as it is fascinating, the title of Ska Studios projects the player into a decidedly satisfying “other” world to explore, with that pinch of anxiety that never fails within a Soulslike. Just from the genre of the Souls Salt and Sanctuary welcomes most of mechanical trial and error and the frustration of the many, many mistakes that will have to be made to be able to understand how to continue along a certain path, or how to beat a certain boss that is far too strong at a superficial and in-depth glance. It goes without saying that hand in hand with the difficulty calibrated upwards, there are also the satisfactions of finally being able to knock out the bad guy on duty, perhaps after several hours of trying. 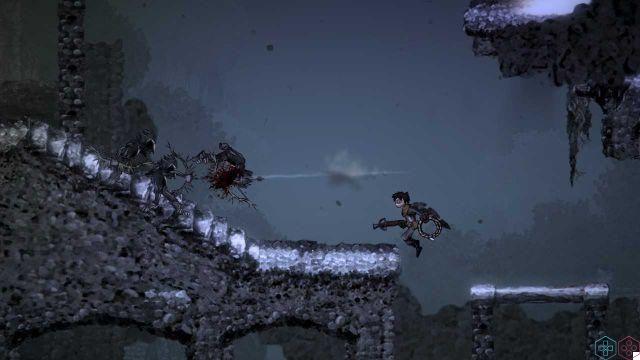 To enrich the game progression, in the face of an overall short duration for the most skilled players, there is also a deep and well-structured skill tree with which to unlock new powers or useful tools for our character: however the Skill Tree will never make the main task really simple, at the most it will only provide us with some extra gear to make the game action even more strategic and profound. Furthermore, we must not forget that Salt and Sanctuary is also and perhaps above all an excellent one Metroidvania, and this is where the level design of the developers is at its best. If any Dark Souls is already difficult enough, imagine its claustrophobic environments transported into a 2D reality, with no game map to navigate and with monsters returning and returning to their position after defeating them. Here, maybe you are starting to understand all the beauty (and the nastiness) of Salt and Sanctuary.

Salt and Sanctuary is a Soulslike 2D seasoned with excellent platforming mechanics, a hybrid as fascinating as it is successful that will only fascinate lovers of the various Dark Souls, Demon Souls and Bloodborne. All the others must be very careful and study it well from the trailers released by the developers: it is not a genre for everyone, and its level of difficulty is definitely higher than that of the vast majority of productions on the market. It goes without saying that even for the artistic and graphic sector alone, anyone deserves a try on the Nintendo Switch Salt and Sanctuary: it will be difficult to be disappointed. And who knows that sooner or later the developers will not surprise us with a deserved and original sequel, perhaps drastically changing the setting.