Here is the review of Return To Jurassic Park, the latest DLC of the Jurassic World Evolution management software that makes us take a dip in the past

We have been able to test the new DLC of J a, Entitled Return To Jurassic Park so that we can review it properly. The title, as well as the DLC, is always developed by FrontierWith the participation of Universal Studios, holder of the rights of the brand. Before launching directly to talk about this expansion, it seems important to us to spend a few words also for the base game, which has undergone important updates since its release.

For those who have no knowledge of Jurassic World Evolution, just think that it is a managerial, similar in some ways to a Zoo Tycoon. The most substantial difference, however, is linked precisely to the fact of being face to face with dinosaurs and non-animals that we know and that still exist today. Compared to a classic Tycoon we are faced with something less complex and articulated, but which still knows how to entertain.

The graphic impact, both overall and in detail, especially on dinosaurs, is more than good and the soundtrack, coming straight from the movies accompanies everything in the best way. For a management enthusiast it will not be a question of who knows what challenge. There are some dead and uninteresting moments, frustrated by the absence of a button to speed up time, in my personal opinion vital in titles of this type.

Despite everything we can define Jurassic World Evolution certainly a good attempt, even if limited due to the fact of being inspired by a brand to which it must remain faithful without taking too much freedom in this regard. The management of the park is very simplified and much more attention is, of course, focused on the creatures than on anything else. Also of note are some improvements to the game interface. From this base, Return To Jurassic Park has now been pulled, which we are now going to review. 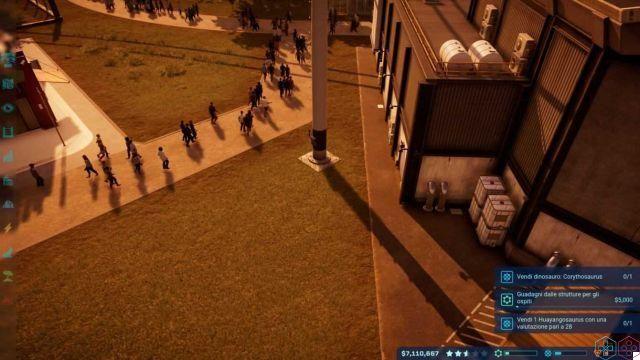 That DLC saw the return of many of the actors from the original films, in addition to the one already present Dottr Ian Malcolm. With the original portraits they are back too Ellie Sattler, Alan Grant e John hammond, the father of the idea behind Jurassic Park. Finding ourselves in another "era", we will have different buildings available, more in line with the release period of those first films. It is, as you can easily understand from the first minutes of the game, a real nostalgia operation, aimed at making long-time fans return to the title.

In fact, little has changed in the management of the park, except that a different power plant is used, there is no hatching area in which to incubate the new dinosaurs and a smaller variety of buildings. For this reason we report as of now in this review that there is no substantial change in the mechanics. It adds a new campaign, in its own right, and its sandbox mode set in the period of the first three films.


The missions that make up the campaign of this DLC are in total eight and include a number of objectives. We will initially play directly at the old Jurassic Park complex, but then we will move on to the elusive Site B, where many other things are there to do. If you have faced the campaign of the base game, this DLC will not bring particular challenges.

Mechanics that were boring in the past, such as taking snapshots of dinosaurs, remain boring, at least for me, here too. Waiting for the dinosaurs to behave the way you want and being there at that very moment is not exactly inspiring. For the nostalgic, however, this DLC of the base game will certainly be more interesting at a narrative level. 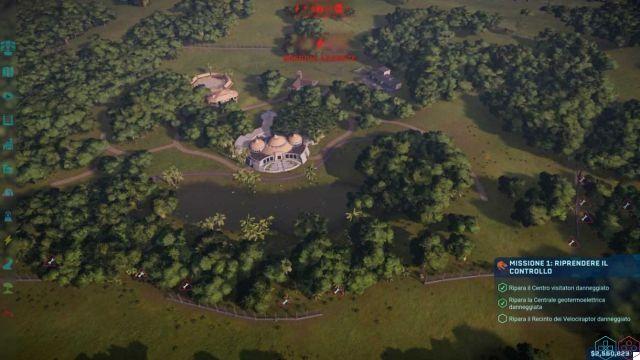 In addition to what has been said so far, there are numerous aesthetic additions, which include new skins for the dinosaurs, more in line with those of the first three films and "new" buildings. We have already mentioned the latter and very few are really new ones. After the campaign, at least for us, there is very little in Return To Jurassic Park and we regret on the one hand not being able to not admit it in the review. The single player campaign is certainly interesting, as it still poses new challenges, albeit simple, but the sandbox mode is already much less so.

On the other hand, this DLC can be purchased at an overall low price, given what it brings with it. It is certainly more interesting than other DLCs released previously for the same game, but more than all the fans will appreciate it, precisely for its nostalgic charge that it brings with it. However, if you are looking for a bigger challenge, we recommend the DLC instead Claire’s Sanctuary, which at least on certain occasions is a little more stimulating. 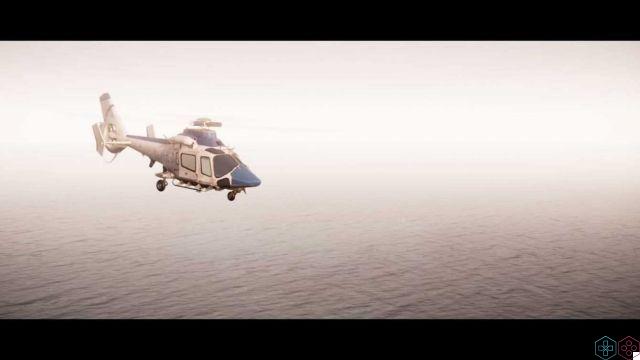 Surely Return To Jurassic Park can be a great alternative to break the wait for Jurassic World 3, which will see many famous faces return to the set. Finally, we remind you that if you want to stay up to date on the world of video games, you just have to follow us here on techigames.