18 years after the original release, Onimusha: Warlords, progenitor of the successful Capcom series of the same name, returns to bring us back to the Sengoku period in a remastered HD edition: here is our review

After Ubisoft's two of spades to the constant requests from fans to have an Assassin's Creed set in the Sengoku period, in recent years we have witnessed a real mass invasion into the Feudal Japan by numerous development studies. Among these, the first to arrive and only one released at the moment is Team Ninja which, with its lauded souls-like Nioh, is already in development on a well-deserved sequel. Sucker Punch from his announced at Paris Games Week 2017 that Ghost of Tsushima that seems to have all the credentials to become yet another arrow to Sony's bow. Even the much appreciated FromSoftware did not miss the opportunity to give their own personal cruel interpretation of the samurai world with the highly anticipated Sekiro: Shadows Die Twice whose wait is destined to end soon.

He could therefore Capcom, already producer of numerous remastered past glories, not take this opportunity to remind everyone that in the PlayStation 2 era she was the queen of feudal Japan?

And so here comes back, not from the sixteenth century, but from 2001, one of the most loved and luckiest IPs of Capcom, awakened after a long hibernation and bowed for good to return to PC and today's consoles: we are talking about Onimusha: Warlords. 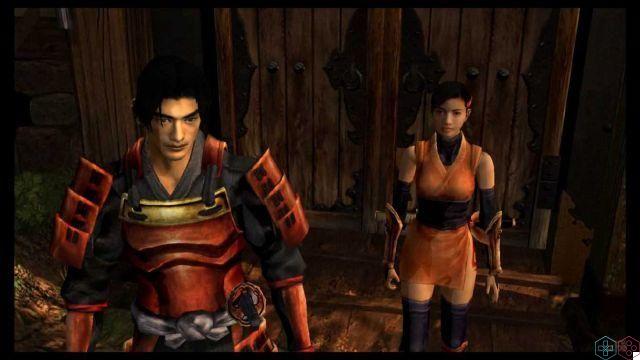 Japan, 1567. The samurai Samanosuke Akechi he returns to Japan after a long time at the request of Princess Yuki Saito, troubled by a series of disappearances in her palace by demonic creatures. And as soon as he arrives at the palace, Samanosuke witnesses the kidnapping of the princess by a group of demonic warriors led by Nobunaga Oda: historical enemy of the Saito family killed in battle long ago. It will be Samanosuke's task to find the missing princess and save her from the hordes of demons that are pouring into the region.


Sometimes it is precisely by replaying titles from the past that you really realize how much the videogame medium has matured in the past decades, especially as regards direction and screenplay. Playing at Onimusha in fact, these are the aspects that seem to have aged worse, being at the time one of Capcom's first experiments in creating a plot that was more articulated and mature than the escape from Villa Spencer. The plot, not particularly original, develops for one extremely reduced longevity already subject to criticism at the time of its release on PlayStation 2. Although it makes no sense to point out the concept 18 years later, it is however necessary to give Capcom a sound pull of the ears for the total lack of new content, challenges and game modes, which could have made the product attractive even beyond 4-6 hours of play necessary to conclude the main campaign. 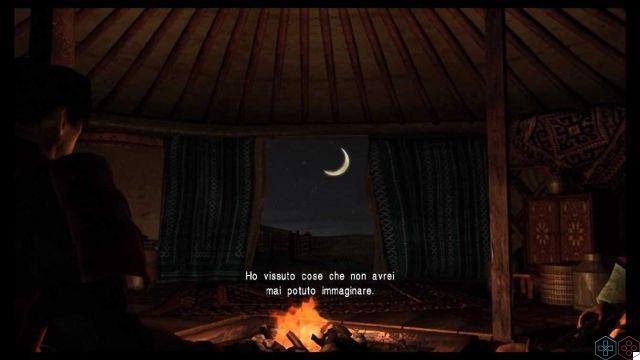 Il gameplay it is one of the components of the entire production that has aged better, still presenting itself as fun and enjoyable thanks, in particular, to a definitely more dynamic and faster combat system compared to the first Resident Evil with which Onimusha shares the entire engine. Being of purely action genre (with the exception of weapon upgrades that could hint at a hint of RPG), the developers have not hesitated in giving the possibility to mow down dozens of enemies by describing large arches with the katanas available, making the demon hunt fun and satisfying. The only aspect that is affected by the passage of time is the dodging system which provides only a slow walk in guard and which in fact deferred any defense from enemy blows to the parade.


The control system has fortunately been updated a bit, filling the gap already disputed at the time of being able to move Samanosuke with the left analog, a possibility that goes alongside the tank controls entrusted to the D-pad, but which causes one excessive simplification of the fighting.

A rather unfortunate choice instead was that of entrust L3 to open the map, leading several times to his unintentional viewing (with consequent imprecations) during the most agitated phases of the fighting. Also the system of switching from one weapon to another it was definitely not managed at best, being entrusted by the R2 key but functioning only when the character is completely stopped, thus leading to having to find spaces and times to stop and causing a small drop in pace during the fights. 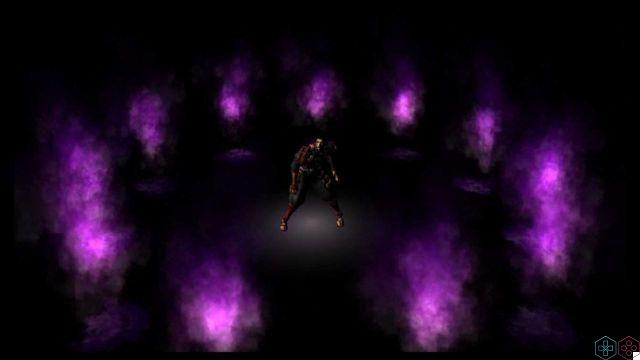 The level design is linear, well done and easily comparable to that of the first Resident Evil. Same thing can be said of the puzzles which consist mainly of finding keys and solving puzzles to open prize boxes, resulting in a never excessive or annoying backtracking.

But it obviously is the graphic vest the main protagonist of a remastered work, and in this case the work done by Capcom can be said pretty good but can be improved.

The image display was brought to 16: 9 from the original 4: 3 (however selectable from the menu), while the rendering of polygonal models and textures has been brought to full hD. However some textures and especially different backdrops (in particular those concerning the exterior) they would have required more careful restoration work in order to reduce the effect of ginning which is sometimes quite noticeable.

Beyond this, we cannot expect much from a graphics sector which, although futuristic at the time, can only be affected by the weight of almost 2 decades.

Last mention can only be dedicated to the audio sector, strong of one soundtrack resounded for the occasion and a Japanese re-dubbing of greater impact than the American one. 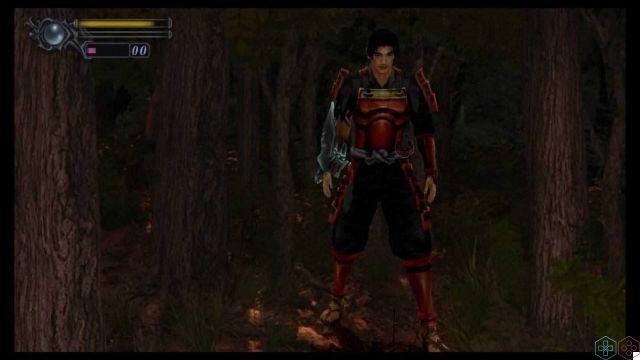 Onimusha: Warlords Remastered is a good work of upscaling of the original title that however, he deserved something more, both at the level of care of some game backgrounds, and at the level of unpublished modes. The duration of the campaign is just a handful of hours, hours which nevertheless occur fun and without a drop in rhythm thanks to a still solid and enjoyable gameplay and good level design.

Onimusha: Warlords Remastered it is recommended for all lovers of the fascinating periodo Sengoku and old Capcom titles. Obviously it is instead a must purchase for fans of this excellent series, fasted for too long. We hope that the return of Samanosuke and associates will not remain an isolated case and that the Japanese company may soon churn out a new unpublished chapter.

7 Good but can be improved