Omen Exitio: Plague was born from the idea of ​​the game book, merges it with the world of HP Lovecraft and brings to our computers a first level narrative work: find out in our review why you should not ignore this all-Spanish game

Take a small independent development studio. Adding a fundraising campaign that has reached the minimum goal. Add up the attempt to create a work starting from a genre that is absolutely no longer in vogue, that of the game book.

Doesn't bode well, does it? Well, luckily you are very wrong. I want to say it right away: Omen Exitio: Plague is a great game and you shouldn't have any doubts in purchasing. In fact, to the recipe written above you have to add a great knowledge of the sources, remarkable writing skills and a love for the genre impossible not to perceive.

But let's try to understand more precisely what we are talking about in our review. 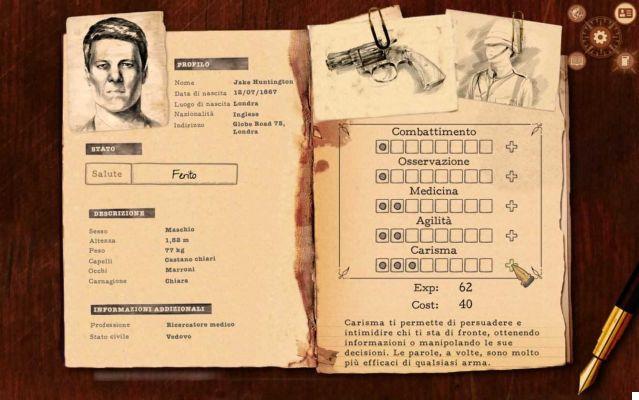 Omen Exitio: Plague is a text-based narrative adventure with simple RPG elements. If you are not sure what that means, it is easy to say: we are talking about a (digital) book with choices, in which we will have to decide what to say or what to do after reading a few pages of text. Your choices will affect the storyline, both short and long range, and will earn you experience points to spend on upgrading one of your character's characteristics. The latter will prove useful to perform some specific actions: situations will work out in your favor if the characteristic is of a sufficiently high level (obviously you cannot know in advance if your level exceeds the minimum required).

Speaking of the plot, the foundation of this type of work, we will play the role of Jake Huntington, a London doctor who embarked as a soldier to Zanzibar, in 1896. The man escapes from a personal drama and tries to forget the past by throwing himself into a new life. The story opens on an ongoing rebellion on the African island and on a strange disease spreading across the continent. Jake will be drawn to the events in the eye of the storm and will be drawn into situations that clearly draw inspiration from the world of HP Lovecraft. 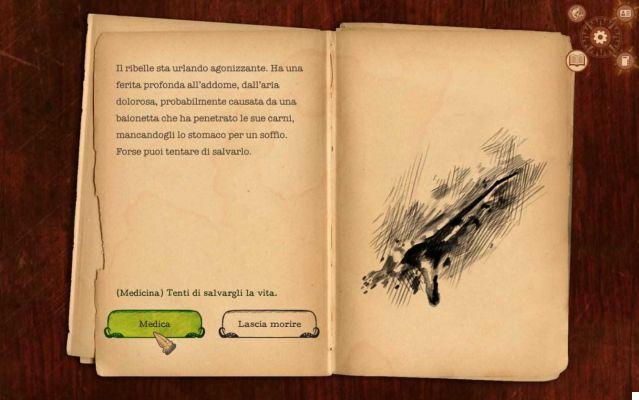 To say more would be doing you wrong: just know that this descent into a hideous world alien to human understanding is extremely pleasant, especially if you are a lover of Lovecraft's works. The story will take us around the globe making us live multiple situations but keeping the player's interest always high. The final stages accelerate slightly, but in general the plot evolves with the right timing.

The RPG component (the statistics and the related experience points) pushes us to always be concentrated: it will not be possible to enhance everything (indeed, it is recommended to focus) and consequently we will also have to pay attention to approaching the various situations in ways related to our characteristics. If we have created a character who does not know how to fight in any way, we will have to avoid entering a room full of opponents with their heads down: this is because the game will put us in front of choices based on the most physical statistics, excluding possible non-violent implications.

Speaking a little about technique, the work defends itself well but the lack of funds is making itself felt a little. To accompany the writings there will be pencil drawings, as if they were real sketches drawn by Huntington himself in his diary. They are well made, simple but effective, unfortunately they tend to repeat themselves a few times too much. The speech is similar, but even more sensitive, as regards the sound sector: for the whole work we will be able to hear only a couple of background music, in loop, and to these are added a handful of sound effects (screams of people, songs of birds, shots ...) that do their duty but do not fully convince.

Let's repeat it, unfortunately the work reached a figure of just under € 3300 on Kickstarter (compared to a minimum request of € 3000) but offered goals up to € 15000. Those numbers would also have allowed full dubbing, as well as more graphics and more music tracks.

These limitations, however, are secondary and do not greatly affect the overall quality of the work. 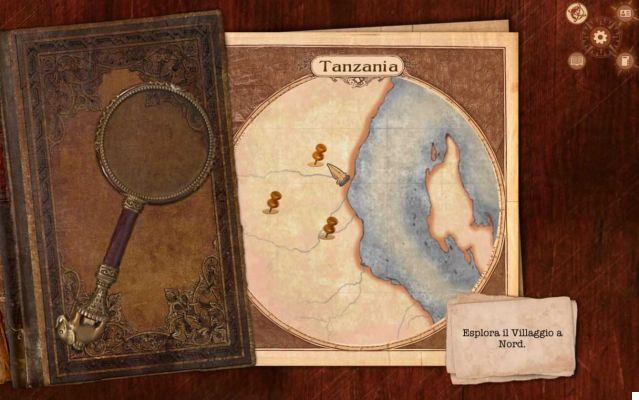 The game is developed by the Turin team Tiny Bull Studios and is completely in Spanish. You can expect approx five hours of gameplay, but it is likely that you will find yourself replaying a second time: not only to get to a different ending, but also to complete a series of internal challenges (called "enterprises" and linked to Steam achievements) that require you to make specific choices and to have evolved Huntington in a certain way.

Omen Exitio: Plague is therefore a great game, perfect for any reader and for all those gamers looking for an adventure in which to read a lot and discover even more. The Spanish team's game (let's face it, we like it even more for it) is available for Windows, Mac and Linux on Steam for the price of 11.99€ (€ 10.19 until March 12, 2018). One of the best features of Plague is that the storyline comes to a real ending, but at the same time it's just the first chapter of Omen Exitio: there is in fact a whole series in the developer's plans. We hope they succeed in this project because, if Plague is the beginning, we can only be terrified (in a good way) of what is to come in the future!

Thanks to the developers for granting us a code review.

8.8 Do not have doubts or you will go crazy

add a comment of Review Omen Exitio: Plague - the pleasure of horror