The remake of the most loved Mudokon class of '97 ever has finally landed on Nintendo Switch. Let's find out together Oddworld: Abe's Oddysee New n Tasty in our review

While platformers abounded on PlayStation at the time, it's not hard to find people who don't know Abe. The title in its debut did not explode particularly from a commercial point of view, so much so that the saga then remained unfinished. On top of that, the game is a platform game featuring super calculated action and an extreme puzzle solving component. This type of game, which makes extreme difficulty one of its cornerstones, was in full contrast with the market standards of the time.

But to a great surprise, in 2014 the guys from Just Add Water they decided to restore luster to the first chapter of the series by creating their own Oddworld New n Tasty, obtaining a great success. Today, the game finally lands on the Nintendo Switch, writing a new page in Abe's history. Ready to discover Oddworld: Abe’s Oddysee New n Tasty in our review?

Abe is back, folks!

For those unfamiliar with it, Oddworld: Abe's Oddysee New n Tasty! is the remake of the eponymous title (but not New n Tasty!, of course) Part 1997. The game tells about the misadventures of Abe, an adorable alien of the Mudokon race intent on saving his species from extinction. Its people have been enslaved to the fearsome Rupture Farms, and it is here that our Abe discovers that the fearsome Glukkon they are devising a plan to line their own pockets.

The wicked entrepreneurs, in fact, intend to slaughter the Mudokons to create a new tasty snack. Shocked by this, Abe decides to escape trying to save all the Mudokons he meets on his way. In the course of his escape, however, our protagonist will discover a dark mystery: Abe is actually the chosen one will bring the Mudokon people to safety! 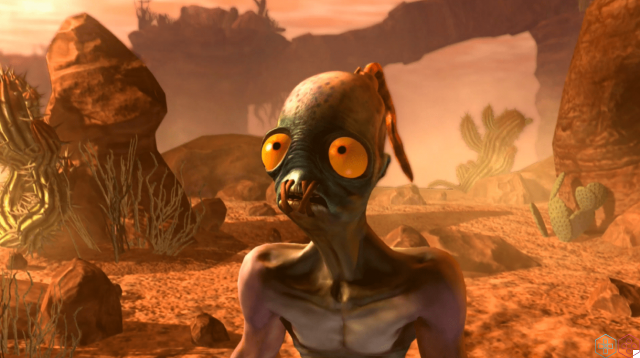 Let's start by saying that the gameplay of New n Tasty! And the only thing left unchanged from the original title for PSX. Just like in the original game, Abe will move from one scenario to another completely unarmed and without any predisposition to fight. The only weapons that we will find in the game world are stones and grenades, but introduced exclusively to solve the puzzles that the game offers us. The Thing That Makes Oddworld: New And Tasty! so difficult, therefore, it is just right fragility by Abe and his friends Mudokon.

In fact, a shotgun shot or a badly calibrated move is enough to blow up and have to start the level again. As if that were not enough, to bring the Mudokons to safety we will have to interact with them with the directional arrows of the Joy-con giving them commands such as "stay still" or "follow me", and so on. In addition to the pleasure of the challenge, saving as many companions as possible will allow unlock different endings for the game based on how many Mudokons we will rescue.

Although the gameplay remains almost unchanged, New n Tasty! makes some tweaks here and there to refresh the game. Among all, the change in the setting of the levels from the original “block” scheme, in favor of a mobile camera, stands out. In addition to this, a function for the quick save in the main menu. Finally, the limit of issuing orders to only one Mudokon at a time was deleted. An operation aimed at improving the game by modernizing it, without however decreasing the degree of difficulty of the game itself. 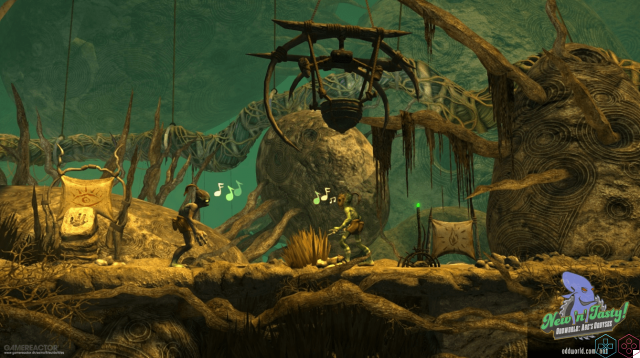 Already at the release of the first New n Tasty, the Just Add Water team had done a great job of restyling the title. The character models had been recreated from scratch in HD, the animations had been reworked and the levels and lights had been polished and brought into line with the current gen at launch. Released for PC and PlayStation consoles of the current and last gen, the remake was a real feast for the eyes.

When we thought we couldn't do better, however, he intervenes Microids with its wonderful porting. The team has succeeded, against all odds, to make the Nintendo Switch version even more beautiful to see, managing to optimize the game on the console, whether it is played in mobile or fixed mode. The result is a 2.5D platform game that gives a glance that it has nothing to envy to the big names of the genre.

Speaking instead of performance, the port is still at the cap of the less pretentious 30 fps, which makes the experience decidedly fluid and stable both in mobile and sitting on the sofa at home. It is clear, however, that the cap is mainly oriented towards the portable component of the Nintendo home console. In this regard, this enormous plus of portability of the new New n Tasty makes Abe's odyssey truly indispensable for both nostalgics and newbies to the saga. 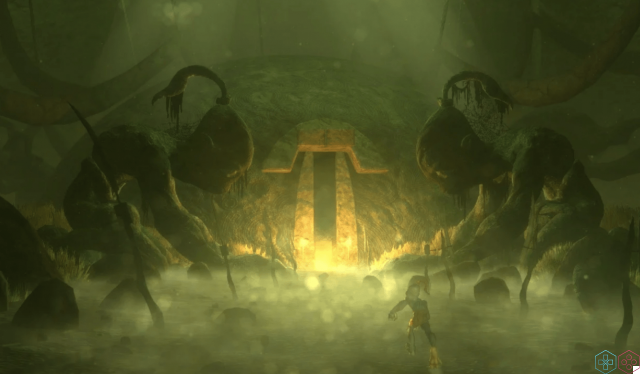 In light of what has been said, a question spontaneously arises: are we facing a perfect remake from every point of view? The answer is n. As already mentioned, the game is beautiful to see and play, suitable for both short sessions on the road and for runs of hours. Although the campaign lasts about 10 hours, longevity is not a problem and the replayability is really high thanks to the presence of the multiple endings. The gameplay offers a decidedly decent degree of challenge, and the modernized technique does not affect the difficulty component in any way.

In contrast to this, however, it must be said that the gameplay hasn't aged very well: Although the campaign is short-lived, the cumbersome and monotonous mechanics often lead the player to repeat the same routine to exhaustion to complete the level, often resulting in frustration at failure. In addition to this, despite being a pro given the characteristics of the console, we cannot fail to mention technical castration of the game in some aspects. In addition to the cap of the 30 fps (on the other platforms the game is unlocked), furthermore the cutscenes have been subjected to a heavy downgrade. Nothing, however, that compromises the final game experience. 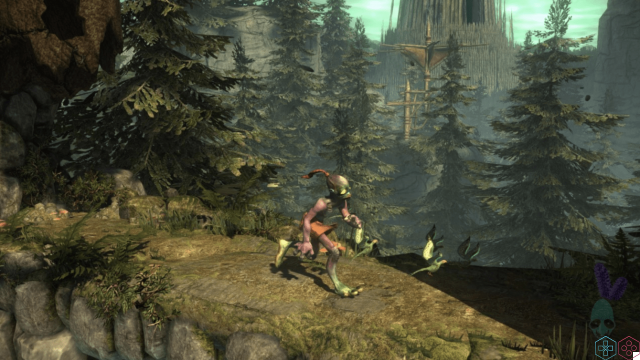 Summing up this review of Oddworld: Abe's Oddysee New n Tasty !, we allow ourselves to promote the game almost with full marks. New n Tasty! on Nintendo Switch, despite not 100% of the form, it is proposed as the absolutely must-buy version of the game. After the great work of Just Add Water of 2014, Abe returns thanks to Microids with what we can define one of the best remakes of the current generation. In addition to the numerous qualities of the title already mentioned, the hybrid nature of the console allows the game to stand the test of time (and 23 years is certainly not a short time), making it a game that absolutely can not miss to your collection. Finally, the very affordable introductory price leads us to recommend Oddworld: Abe's Oddysee New n Tasty! for Nintendo Switch with a huge and loud yes.

Oddworld: Abe's Oddysee New n Tasty! is available from October 27 for Nintendo Switch. We hope to have entertained you with our review, and as always we invite you to stay tuned to techigames for more reviews, news, guides and much more from the world of video games. Bye!

9 Abe is back in better shape than ever!

OkunoKA Madness review: a platformer that was needed ❯