The war between rock and EDM finds a new battlefield. Let's find out who will win in this No Straight Roads review

Metronomik's debut work has finally hit the market. The personalities behind the software house they are certainly not trivial names. We are talking about Daim Dziauddin, character designer of Street Fighter V and Wan Hazmer, lead designer of Final Fantasy XV. The two and their team will have managed to convince with this peculiar action in salsa musicale? Let's find out in the No Straight Roads review. 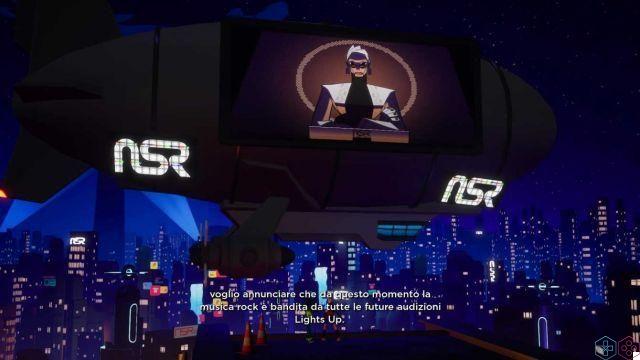 Music as an art form, but also as a form of energy

The events revolve around the rock band Bunk Bed Junction, formed by the exuberant Mayday and the more thoughtful Zuke. The two, after being brutally rejected during a talent show by No Straight Roads (or NSR), the record company that holds control of the Vinyl City energy network, decide to declare war on it. In this world, in fact, music is used as a source of energy and has allowed the NSR to rise to power. The latter is forcing EDM music on citizens, rejecting any other form of personal expression.

In a race towards the strong powers of the NSR, Bunk Bed Junction will rise to the top of the rankings to implement a real revolution not only musical, but also social. Representatives of this power embody the more ambiguous sides of the record industry and they will lead us towards an ending that unfortunately did not completely satisfy us. Without going into details, we find that the escalation leading to the credits is hasty and poor in details which could have enriched the story. 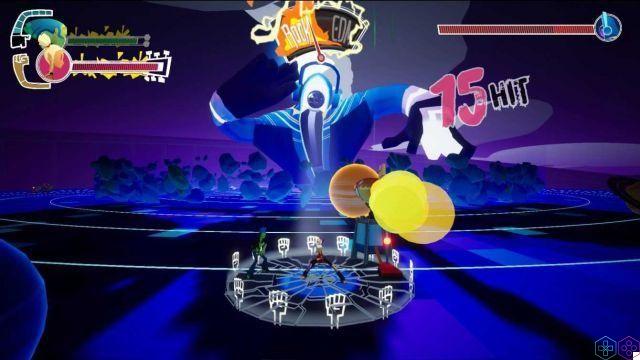 Two souls, but one is too many - Review No Straight Roads

No Straight Roads is a title that lives on dualismi in strong contrast to each other. Rock and EDM, 2D graphics with 3D graphics, action boss fights and exploratory platforming stages. Most of the time though one of these elements is of a much higher quality than the other, going to create ups and downs in terms of really particular pleasantness. It becomes difficult to judge No Straight Roads because of this fluctuating quality, but let's go in order.

Let's start with the most action component of the game. We can check both Zuke and Mayday (even in local multiplayer), with the former being able to perform quick and chained attacks while the latter is slower, but stronger. A musical game component is added to the very simple combat system. Enemies, be they common or boss, they will attack to the rhythm of the music transforming the title into a real rhythm game.

Too bad that the idea is not fully exploited in fighting with normal enemies, which turn out to be really too few and we often find ourselves in rather similar situations. All made complicated by only one responsiveness not always excellent which could put the player in trouble from time to time. 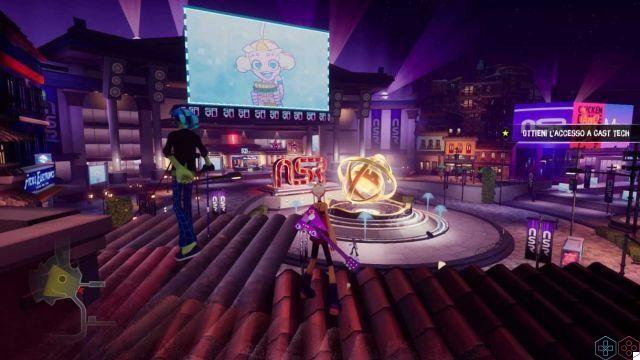 Interesting events, but with a fluctuating pace - Review No Straight Roads

The boss fights are the best part of the work. This is where not only does the plot unfold, but we come into contact with a explosion of style, from the colors to the soundtrack, truly engaging. The gameplay, despite its basic simplicity, becomes frenetic and permeated by a level of difficulty that requires commitment and concentration. In the boss fights we also find some small unique mechanics that may surprise you. The ability to replay these fights certainly represents a good foothold to enjoy what No Straight Roads does best and could give a few more hours for a game that takes about 5 hours to complete.


Let's move on to the weak point of the game, namely the platform sessions. The latter alternate with boss fights and it is impossible not to see them as a mere filler. Shooting for Vinyl City doesn't offer no particular flicker in terms of level design or gameplay. These phases only slow down the otherwise hectic pace of the game. Fortunately, these are short sessions that you will probably just decide to ignore. 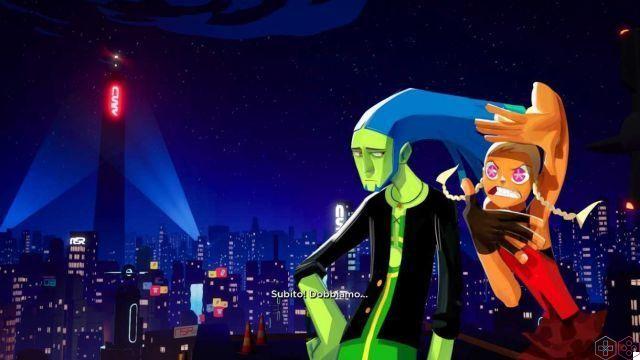 Nice to see, but with what stumbling - Review No Straight Roads

The eye-catcher of No Straight Roads is very pleasant and will be able to satisfy you properly. The game alternates a 3D graphic style, predominant throughout the game, to which two-dimensional elements are added to represent the dialogues of some characters. It often happens to witness a conversation between a 2D and a 3D model without these two elements colliding with each other.

The graphic style chosen, with bright colors and few details, manages to amalgamate the different elements on the screen quite well. Unfortunately, however, this poverty of detail makes you turn up your nose a little in some rare situations, but on the whole we can be absolutely satisfied with the final result. There will be occasions when you will be pleasantly surprised by dynamism extreme of the action, amplified to the highest levels by the directorial choices made. 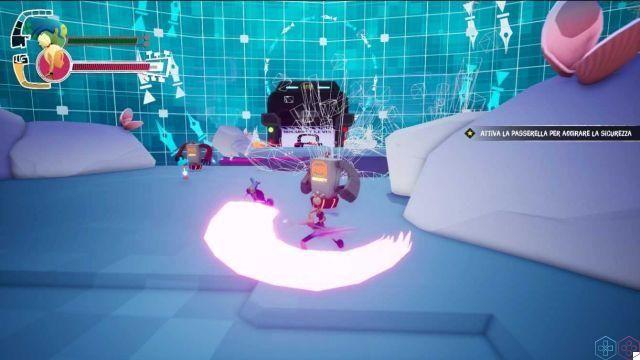 Can a game based on music both the gameplay and the main themes of the narrative disappoint in terms of the sound sector? Of course not and No Straight Roads is no exception. The soundtrack is simply exceptional and pervades the entire work relentlessly. In the fights, in the menus and in the cutscenes the music will be the pillar of the whole adventure and fully succeeds in making the action frenetic.


At the same time, however, the music transforms the action phases into more reasoned ones. If you are going to achieve high scores, you have to stop for a second and learn the rhythm of the attacks. There are also Rock or EDM versions of the boss songs that further enrich an already excellent soundtrack. Finally, we would like to point out the presence of an English dubbing for all the dialogues, completed by texts completely in Spanish. 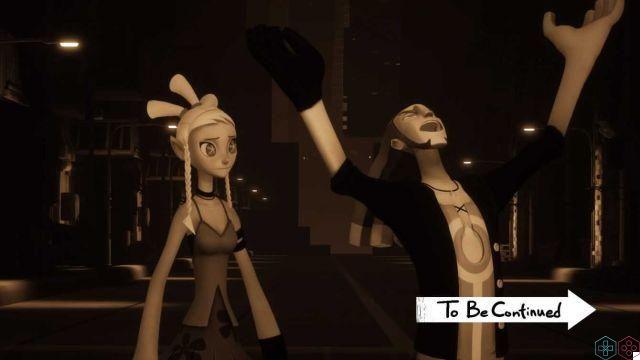 A good title, but fails to fully convince

No Straight Roads is a title that offers some quality peaks that will please many players. Yet at the same time it leaves a strange feeling, because at the peaks in the soundtrack or in the challenges to some bosses it alternates phases that are much less successful. Perhaps we would have preferred that the developers do dwell more on the combat system in order to make it deeper and tread your hand on boss challenges. On the other hand, leaving out the platform phases that are really superfluous in all respects.

In short, No Straight Roads is a title that it might be worth recovering, being aware of some weaknesses in production and a rather low longevity. Unfortunately almost every aspect has a "but", which does not leave completely convinced. However, it should be commended the really good soundtrack which manages to give a truly not indifferent enjoyment and raises the quality of the product. No Straight Roads is available now on PC, PS4, Xbox One and Nintendo Switch for € 39,99.

Let us know if this review was useful to you and keep following us on the techigames pages to stay up to date on all the news from the world of video games and beyond!

add a comment of Review No Straight Roads: a double-sided title