Review Ni no Kuni Remastered, the return of the fairy tale

Return to PS4 and PC Ni no Kuni Remastered: the PS3 game returns without major changes but the usual quality; here is our review

The one of Ni no Kuni it is a particular story. The role-playing game, in development at Level-5, was born in a double version: Nintendo DS and PS3. The portable version, which was given priority given the platform's popularity, never came out of Japan. A short time later, the version for Sony consoles arrived, with a release also in the West. The two games were slightly different, even from a playful point of view, being the first based on touch.

Arriving in the PS4 generation, Ni no Kuni 2: The Destiny of a Kingdom (reviewed here) was created, which incorporates the style but modifies much of the work, especially in the gameplay. Its main merit is to transit an IP that has remained limited to the PS3 only on various other platforms. At this point, we could not fail to propose a new version of the first chapter: Ni no Kuni Remastered, available on PS4 and PC (and on Nintendo Switch in a ported version, not remastered). Our review is based on the PS4 version of the game.

Let's make it clear immediately the differences of Ni no Kuni Remastered: the improvement is solely graphic, but not for this reason of little impact. The game offers two graphics options on PS4 Pro: the 4K / 30fps option and the 1440p / 60fps option. On standard PS4 you have to "settle" for 1080p / 60fps, while on PC it is possible to reach 4K / 60fps. Overall, the remastering work made the work cleaner and brighter, greatly benefiting the cel-shading, with its full colors and smooth animations. Ni no Kuni Remasterd is a joy for the eyes, even with what polygonal limit that denotes its origin. For the rest, this version does not include anything new, if not certain bonuses that in the original were given in case of pre-order. 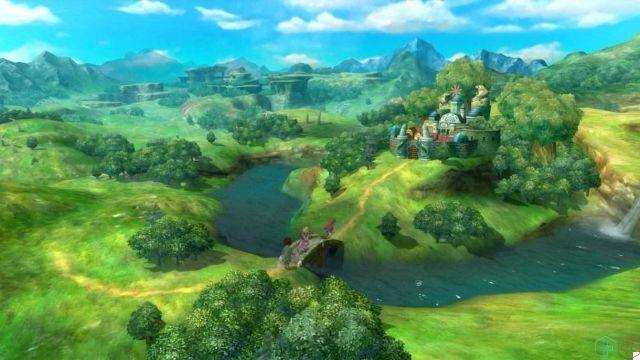 As before, better than before | Review Ni no Kuni Remastered

The work therefore remains itself and, on the whole, it is absolutely good. Ni no Kuni it was made in collaboration with some figures of Studio Ghibli. The graphic style, but also the narration easily recall the Miyazaki and Takahata feature films. The plot follows the story of a child, Oliver: the young man, following an accident, loses his mother, but finds new hope in the figure of Lucciconio, the Grand Sire of the Fairies, who asks him to defeat an evil force of an "other world" (this is the meaning of "ni no kuni"). Oliver then agrees to become a wizard and fight alongside new allies to save his mother.

One of the strengths of the plot is that, like the best works of Studio Ghibli, it manages to be sweet and simple, without ever being banal. The other world, ni no kuni, is directly linked to ours and each person has a corresponding, a double: the two versions of the same person can be influenced and, therefore, Oliver will often have to travel from his city to magical world to solve various problems. The child's journey can therefore be seen in two ways: a real adventure in a real alternative world, or a great fantasy that has the sole purpose of giving him hope and distracting him from the suffering resulting from the loss of his mother. In any case, the plot works and excites: if you are a Ghibli fan, have no doubts, you will remain glued to the end. Each character and each place is well characterized: each corner is full of color and fantasy, in a mix of humans, anthropomorphic animals and monsters. 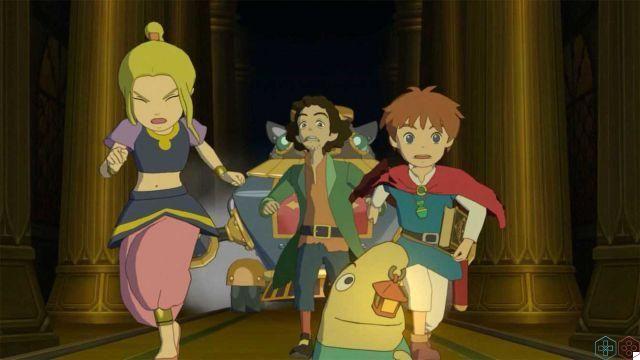 The latter play a fundamental role in Ni no Kuni Remastered. Each character on the team can fight in first person, but it is advisable to use the help of a familiar, a creature of the game world made friendly. This is a Pokémon-like structure, if you want an easy-to-understand comparison, even if the dynamics are very different. For starters, it's not a turn-based RPG - the combat happens in real time, even if it's not an action game.

Each character has access to a number of options via a menu to navigate in real time, such as attack, defense and various special abilities that consume MP. By selecting an option, the character executes it for a certain amount of time (a few seconds), and then gives us back control. The player controls only one PC at a time, while the others are left to the AI, not very precise (but it is possible to set tactics, especially in the more advanced stages). Each creature, however, can remain in the field for a maximum of thirty seconds, before resting: it is mandatory, in longer battles, to replace them several times, being careful to take advantage, from time to time, the right skills to get to victory.

Ni no Kuni Remastered, like the original, is not a complex title: there are rare difficulty peaks, especially in the very early stages, but in general even at "Normal" difficulty (the maximum) a player with a minimum of experience will have no problems. If you plan on letting an inexperienced child play Ni no Kuni, you can opt for the "Easy" mode instead, so he can enjoy the story without worrying too much about training the team or paying attention to the more complex phases of the fight. 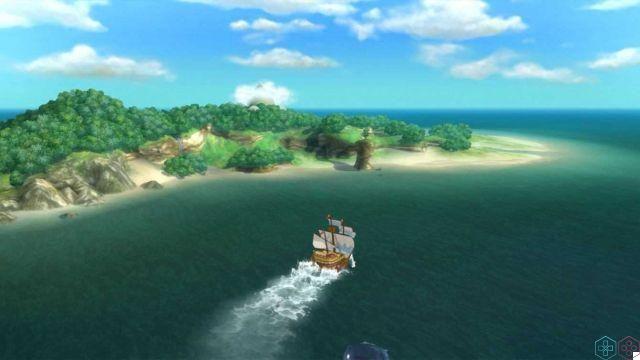 Another rhythm, another depth

Ni no Kuni Remasterd, like many RPGs, requires a little patience, especially in the initial stages, where it approaches the plot and, above all, the playful elements very slowly. It takes several hours to start capturing the monsters, getting the team and unlocking all the combat mechanics. After this stage, however, a beautiful magical world opens up to explore.

The secondary missions are mostly fetch quests, but they are included in a large set of rewards that always make them very useful (money, various items and special points that unlock extra abilities, such as faster walking, more healing in combat, more stealth to seize behind the enemies and start the fight with an advantage, etc). Even the monster enhancement system is not based only on the classic experience points, but requires you to take care of them with different foods, to affect the statistics in various ways. In its simplicity, Ni no Kuni Remastered, like the original, always remains interesting and fun. It is also a long-lived work, which easily exceeds a hundred hours for the completely maximum.

Finally, the dubbing is always English or Japanese, with the usual Spanish subtitles that use the Roman dialect to characterize Lucciconio (which in the original uses a specific Japanese dialect): as in the case of Final Fantasy IX, you may like it or not (we like, although not accustomed to such speech). If you are a lover of Ni no Kuni 2 and are trying to figure out if the first chapter is for you, you just have to know that you will have in your hands an adventure with a more peaceful pace but with better managed and in-depth characters and plot; this remastered does (only) what it was supposed to: propose a clean and adequate graphics for this generation.

Ni No Kuni: Threat of the White Witch Remastered - PlayStation 4 19,98 EUR Buy on Amazon8.5 The best chapter of the series

add a comment of Review Ni no Kuni Remastered, the return of the fairy tale