Review Neversong PS4: Once Upon a Coma

In this review we will tell you about the PS4 version of Neversong, the inspired indie game created by Atmos Games

I flash games indies have always had a certain charm and until about ten years ago they boasted a fairly large audience. One of the most famous titles of that period was Coma, a game developed entirely by a guy named Thomas Brush. Now almost ten years later we have had the opportunity to try the reboot of that historic title, Neversong, this time on PS4.

The original Coma was a very different game than Neversong, both in terms of gameplay and plot. In this reboot, players will take on the role of Peeter, a little orphan engaged to a girl named Wren. The two are inseparable but, due to a mysterious entity, Wren is kidnapped and from the shock Peet falls into a deep coma.

When he wakes up the first thing he will do is go in search of his beloved, but now the small village of Neverwood is far more dangerous and disturbing than he remembered. The city is in a sorry state as well all the adults seem to have vanished into thin air, leaving their children behind. As if that were not enough then some strange monsters are making their appearance and a mysterious figure called Mr. Smile haunts the skies of the city.

From here on, the story of the game will continue in a fairly linear fashion, with Peet having to defeat various monsters in order to shed light on Wren's fate. Going forward, however, you will discover more and more background on the life of the two boys and those around them, shedding light on the real causes that led us to face this adventure.


Initially the game's storyline will appear to be very simple, but it will not take long before we can understand its real depth. Also the game deals with very heavy and delicate themes, doing it in a truly exceptional way. In fact, depending on your life experiences, the game could be much sadder and more distressing than it seems at first glance. 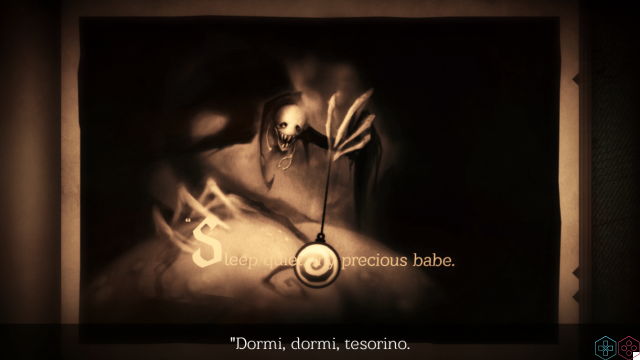 Neversong is mainly a scrolling action adventure, but also boasts some elements taken from metroidvania. During your adventure you will have to overcome various areas and to do so you will need different tools that you can unlock by playing songs on the piano. The scores will be found around the world but, in case you already know their content, you can also play them in advance.

In total there are approx 5 tools which will provide you with some typical metroidvania skills, such as the ability to hang from vines or glide. These gadgets are essential to keep going, but they will also enable you to unlock secret areas within the previously explored areas. Unfortunately in most cases you will simply find gods collectable or aesthetic decorations, and only rarely useful objects to deepen the characters.

The areas to explore will not be very many, but they present several puzzles aimed at increasing their longevity. Some of these puzzles are very nice and well thought out while others are extremely simple and mundane. For sure this is not one of the cornerstones of the game, but in any case we would have appreciated a little more care.

As regards the fighting instead the game is extremely simple, since you can only jump and attack. This aspect of the game is perhaps the most lacking, since to defeat each enemy you will simply be enough repeatedly press the attack button. Even the bosses are almost all extremely simple to break down and differ only in the presence of some simple platform mechanics. 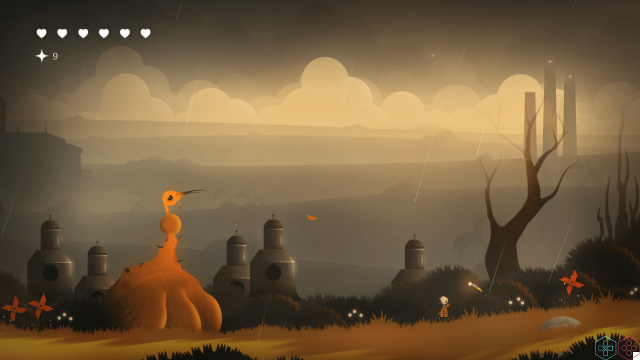 One of Neversong's greatest assets is its own really simple but impactful artistic style. The designs are outstanding and they manage to be both cute and bright and terribly dark and eerie, perfectly involving you in the strange atmosphere of the game. Furthermore, the sound sector also contributes considerably to the immersion of the game, thanks to gods terrifying ambient sounds and beautiful music played on the piano. The only aspect that leaves something to be desired are animations, since they are a bit simplistic and careless.


Unfortunately from a technical point of view, however, the game is quite lacking. The loading times between one area and another are very long and in some circumstances it is possible to notice some severe frame drops. Moreover even the Spanish translation is not the best, since it has numerous typos and in some circumstances it is not very faithful to the original text.

Neversong is indeed a very nice title, capable of involve and excite the player thanks to its touching story. The gameplay is not its strong point but, thanks to the various gadgets and above all to the short duration of the game, you will not be affected, although some improvements in the fighting and puzzles certainly would have made it more fun. If you are looking for a short title capable of moving you and, in some moments, even disturbing, Neversong is perfect for you.

Neversong is available now for PC, PS4, Nintendo Switch, Xbox One and iOS devices. If you are interested in staying up to date with all the news on the world of video games and much more, then keep following us here on techigames.

Ni no Kuni II review: not like before, not better than before ❯

add a comment of Review Neversong PS4: Once Upon a Coma