My Hero One's Justice approaches the Horikoshi saga with respect and fidelity: is it enough to convince fans? Let's find out in our review

MORE ULTRA !! My Hero One's Justice is finally here, the dating game based on one of the most loved Shonen series in recent years: My Hero Academia. Will the work of Bandai Namco succeed in doing justice to the world of Japanese superheroes created by Kōhei Horikoshi? Let's find out in our review! 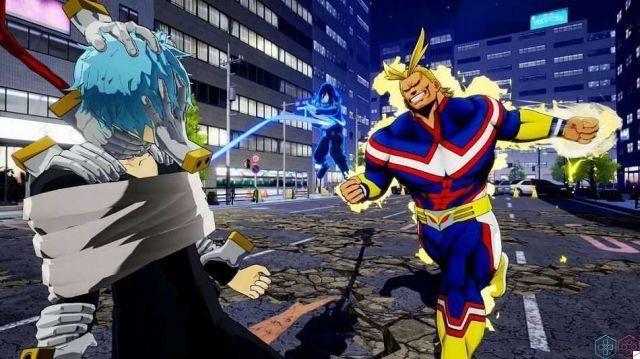 The manga (and the anime) of My Hero Academia has many advantages and one of these is certainly the quality of the narration. We are not faced with just a group of oddly dressed kids, but credible teenagers in a world where superpowers are the order of the day and being a hero is a real goal. Almost the entire world population, in fact, has a Quirk, a power passed down genetically from parent to child. If on the one hand, however, we have the Heroes, on the other hand there are the Villains, eager to bring chaos to society.

My Hero One's Justice allows us to relive a part of the plot from the point of view of both factions, starting from the middle of the second season of the anime, or from the episode “Absurd! Gran Torino appears! ”, Until the middle of the third season, or rather with the clash between All Might and his arch enemy All for One. Story Mode tells exactly the same story, with a series of semi-static vignettes based on scenes from the anime, shot almost one by one, and engaging in CPU battles one after another. If certain conditions are met, cosmetic items are unlocked. 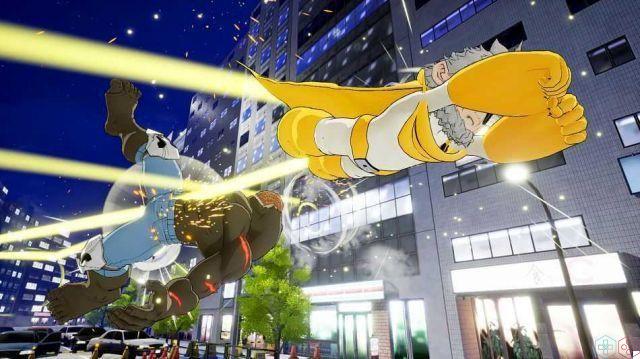 In addition to the Story mode, we have the Missions, or a set of battles that we will have to face after having composed a team of three heroes. Each match rewards us with experience points that level up the heroes who took to the field (making them stronger and able to face higher difficulty encounters) but at the same time the damage suffered is maintained from one battle to another. It is therefore, especially at the highest difficulty levels, of resistance fights: each victory, however, rewards us with objects that allow us to heal or give bonuses to our characters. Finally, it is possible to play locally (also coop, of course) or online, in friendly or classified matches.

Who is the strongest hero? | My Hero One's Justice Review

Regardless of the modality, however, the fights have the same structure and the same rules. In addition to the normal attacks, each character is equipped with two Quirks - which I can vary with some key combinations -, the jump and the sprint - fundamental -, a grab, a counterattack - which prevents being stunned by enemy attacks during the whole execution - and of the parade, subject to a fairly generous stamina bar. Furthermore, depending on the fight, it is possible to have a maximum of two shoulders, subject to a loading bar, which, upon activation, perform an attack and then exit the scene. Finally, by loading the Plus Ultra bar, it is possible to perform special attacks, which vary according to the number of bars loaded. These are obviously the most spectacular moves in the game and allow you to inflict great damage on enemies. 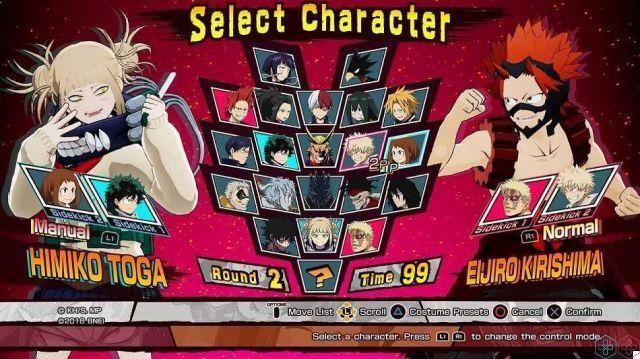 The cel-shading is well done and each character is faithfully reproduced both from the visual point of view (both in the polygonal model and for the animations), and for the available moves. Each hero and villain differs just enough to give him his own identity, although some characters are less effective than others. In truth, however, we are faced with a little technical piacchiaduro and, especially against the bad AI, it will be enough to beat harder and faster than the others. Often just attacking relentlessly with basic attacks will be enough to come out victorious (in Normal mode, while in Manual you can have total control). Online, in ranked matches, you will certainly find players who have dominated their main, but the clashes, in the end, are resolved with a few sticks and spamming the most powerful attacks, especially those that block the opponents.

It is therefore a fighting game with few pretensions, intended more for fans of the saga than for fans of the genre. A choice that is certainly understandable, but which leads us to a new problem: the quantity of content. Fans will appreciate the fidelity of Story Mode, and some will enjoy trying their hand at Missions, but on balance there isn't much to play with. The real sore point is the roster, limited to 20 characters. Considering that this is not a technical fighting game, which takes time to master the characters, it would have been better to focus on a large cast. Even the arenas are not particularly striking: they faithfully reproduce the main places of the series, but they are not made with much care. On the other hand, the presence of the official Japanese voice actors (with Spanish subtitles) and the music are excellent. 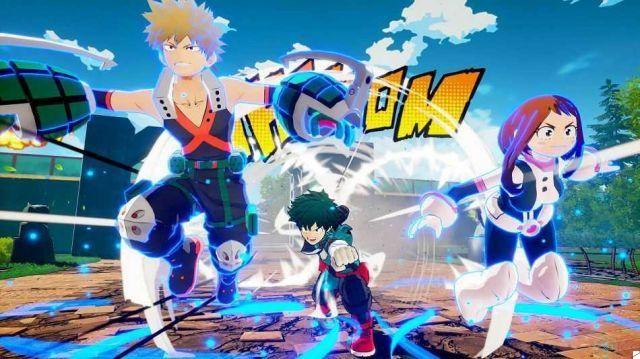 My Hero One's Justice is a faithful and respectful game of the original and will be appreciated by fans of the saga. Unfortunately, it skimpes on the contents: proposing a more button-down approach than a technical fighting game, one would expect at least a large roster. The foundations for creating a great game were all there, but Byking and Bandai Namco were content to do their job to a minimum.