With the third season now nearing the end, My Hero Academia also returns to console. My Hero One's Justice 2 is the new action “game-anime” from Bandai which, taking up the story where it left off in the first title, retraces the steps of the animated series. All this, in the usual arena fighting game with pvp and pve. Will this My Hero One's Justice 2 manage to surpass its predecessor, bringing an unexpected luster to the series?

Nostalgia, the cursed one

No, the answer is no. My Hero One's Justice 2 is perfectly definable as a very normal and very banal continuation of the first title. The number of characters has increased, as has the number of scenarios, but the core of the game together with all the details have remained as they are. B.far from the videogame experience of the first Ninja Storms or the central Ultimate Ninja of the Naruto series, My Hero One's Justice 2 glides as if it almost didn't exist.

A series of 1vs1 battles without any emphasis, with a summary of slides taken from the very uninteresting anime. The team's creative flair didn't make itself felt. But it still remains pleasant enough to play, the strong imbalance between the characters makes the games sometimes frustrating, sometimes meaningless.. Divided in two, the game will follow the story of the Heroes in the first half, and the Villains in the second. A fairly faithful emulation of the narrative rhythm of the work, the problem is that the execution is simply soulless.


Games like Ninja Storm and FighterZ they have been proposed with a well-represented or at least original story, giving it a reason to exist. Particularly in Ninja Storm 2, some scenes had even been modified and made more intense (like that of Jiraya vs Pain). This is because we wanted to give something extra to the players. The mere image is not enough to make fanservice, the player must feel involved. From that point of view, My Hero One's Justice 2 is a half game. 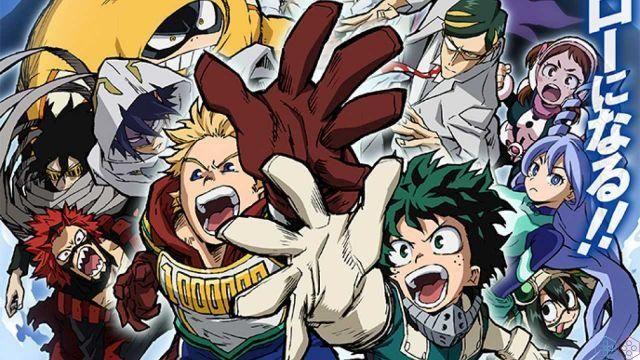 Narratively a disaster, the gameplay stays true to the shapes and colors of the first version of the game. Light, heavy and quirk-related attacks will be essential for dodging, grappling and combos always in an original way. The diversity of powers makes the moveset very different from each other, and this unfortunately goes to the disadvantage of a large part of the cast, especially the secondaries and the Villains. In fact, there are very few Heroes actually balanced, but they clash a lot with the main cast.

The best example is Kaminari, who gets a pretty good boost from his lightning bolts, but will stand still with his goofy face after the upgrade is finished. Kaminari is a very tactical character, who bases the gameplay on letting the opponent fall into his traps by creating a dense electrical network. Ashido with the a (s) cido is also very limited depending on the cast, while Ochako's powers have been misunderstood, again. In fact, instead of gravity control, there is a real vector control, worthy of the To Aru series Accelerator.

Thanks to this imbalance, minor characters like Camie manage to be strangely devastating, while Deku is mundane and boring. These differences make the gameplay of the story not too easy to pass with flying colors (which guarantee you accessories and icons). The difficulty depends a lot on the character you use, and especially against who you use it. But the final boss of the Heroes story still manages to be annoying and unfair. In short, it seems to be the same old action game, without any particularly brilliant points. 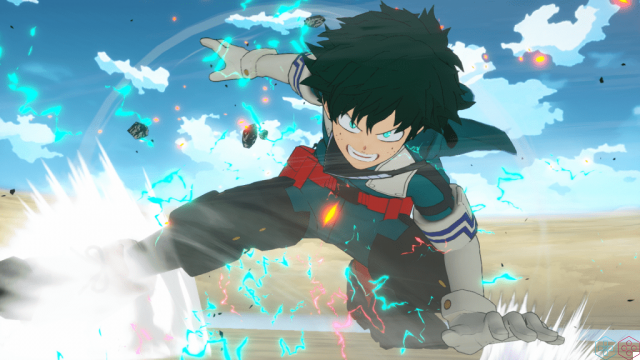 Style is right, but it's not enough | My Hero One's Justice 2 review

On a purely graphic side, the visual does not help to enjoy the clashes to the fullest. In fact, although the special effects and particles are represented in a pleasant way, the proximity of the camera often obstructs the view.. This also prevents us from correctly reading the opponent's moveset, ending up making us blind to the enemy. Even if blinded by the thousand lights, we can still enjoy a rather decent cell shading that blends well with the style of the anime. Unfortunately, that's the only positive thing that can be said about the look and feel.

As for the music and sound effects, My Hero One's Justice 2 plays it decently. There are no original songs of impact like in the animated series, but all in all the sound sector does its job without blemish. The dubbing is nice too, and the Spanish adaptation to the lyrics is a nice addition.

In fact, the rather crude and backward design of My Hero One's Justice 2 manages to break down any attempt to please it. Even environments fail to be dynamic, appearing quite rough even during their destruction. The frame rate is at least stable, and the animations of the special quirk attacks succeed in their intent. This does not mean that on a technical level the game is a complete insufficiency, even in the standards of 2018. You cannot perceive any love, much less the vague shadows of creative inspiration. 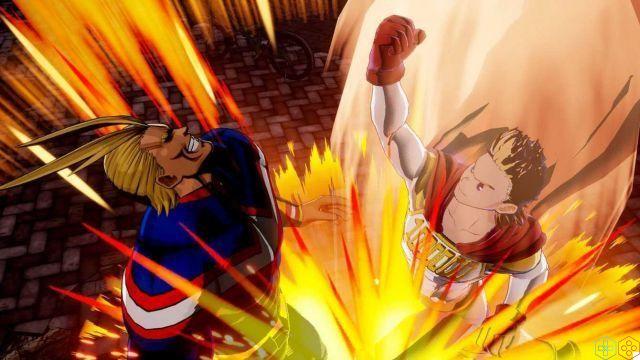 What is missing | My Hero One's Justice 2 review

What's missing from My Hero One's Justice 2 and many other titles (like One Punch Man) is awareness of what you're doing. You don't create fanservice just to insert it. It is done to better appreciate a work. An adaptation, in addition to providing a new experience, must intrigue the user. It has to make him want to see the original work, so that he can then buy himself further adaptations. The more you love, the more you want and the more you want, the more you love. However, those who are not capable of loving and appreciating a certain thing cannot make it shine, since they do not know its best sides.

This abstruse comment is a bit of the reason why these adaptations should be wary, as they almost never manage to send a message to the player. And, when they succeed, they remain etched in the gaming history of the genre. Sadly, it's easy to see that the competitive My Hero One's Justice 2 won't be able to take root in the community, and gamers will likely understand this as well. That's a real shame, especially considering the cast of characters. 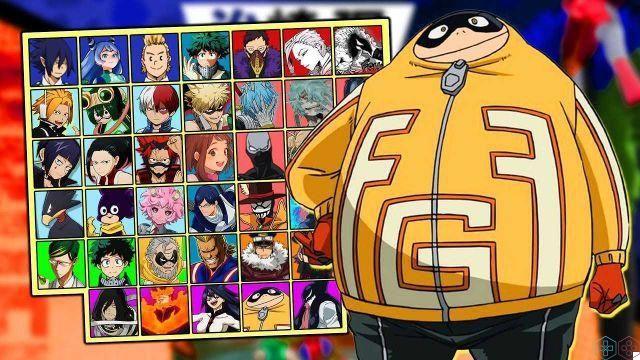 Ultimately, we can say that My Hero One's Justice 2 is a mediocre game, not too different from its predecessor. Some things it does quite well, but they are then dwarfed by the imbalances of the negative points. There are many other titles that are worth more, but if you are a fan, the game can give you a bit of a challenge and a satisfying amount of accessories to customize your characters. Also note the inability to make screenshots on the play, which led me not to provide you with clear images of the game.

My Hero One’S Justice 2 - Nintendo Switch 29,90 5 Yet another disappointment