Review Hey! Pikmin: let's have fun with lots of small and colorful friends

Our captain and the small and colorful Pikmin are back on 28DS on July 3th. Let's see what Nintendo offers us with a new product developed by Arzest

And how if they are back! More wild than ever, i Pikmin sneak into ours Nintendo 3DS to make us live another unforgettable experience. Hey! Pikmin back to portable console not like a real puzzle game, but more like an adventure game.

Our dear captain Scholar he was on his way home in his spacecraft when an asteroid trail hits him in full force. Forced landing on a planet full of Pikmin and monstrous creatures. Not only that, it seems that the Lights necessary to start the spacecraft you know completely lost. Now Oliman must be able to find ben 30.000 unit of luminum. To do this he will be helped by the Pikmin, a mix of small plants and funny monsters who answer Oliman's whistle. Our aim will be to complete the various levels that will arise along the adventure and acquire as much luminum as possible. We should also save as many Pikmin as possible, also because they could be useful later on. 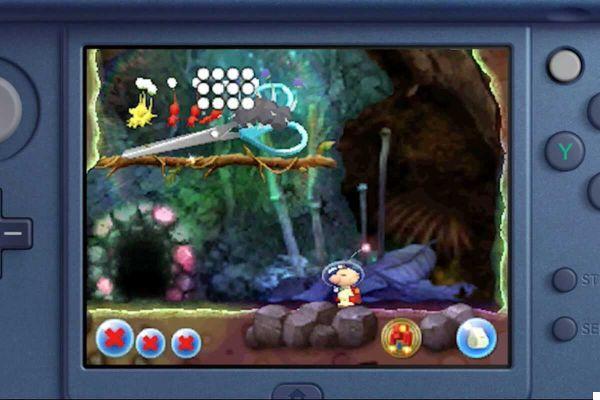 Going forward in the story we would have the possibility to unlock various Pikmin. Each with his own ability. We will initially only meet Pikmin red. Very strong against the creatures that will attack us along the various levels and above all resistant to fire inside the park (more on that later). Already in the first sector we would have the possibility to unlock the Pikmin as well Detective stories, resistant to electricity and light enough to be thrown far beyond the normal red pikmin. Only in the second sector could we unlock the Pikmin Blue. They are the only ones who will follow us underwater. Later we will have to unlock the pikmin rock. Pikmin a little bigger and more resistant, capable of destroying even the crystals. Finally, in sector 5, we will unlock the Pikmin pink. They are capable of flying. They manage to keep us in the event of a fall from a great height by making us fall slowly. In short, Oliman will be well accompanied.

Simple but not trivial

Hey! Pikmin it's actually not that complicated. Each level has more or less difficult puzzles, but never impossible, especially to find those that are the relics that will give us many units of luminum. Difficulty that increases from level to level. However, this does not mean that the game is trivial, on the contrary, many times it is also complacent. Turns out funny and very interesting also for those who are new to the Nintendo 3DS. Also, it's for playing Hey! Pikmin you just need the analog stick and the pen stick to direct the Pikmin with the touch. This has allowed Arzest to improve the playability of left-handers who can use the right buttons (A, B, X, Y to be clear) to move in the 4 directions. 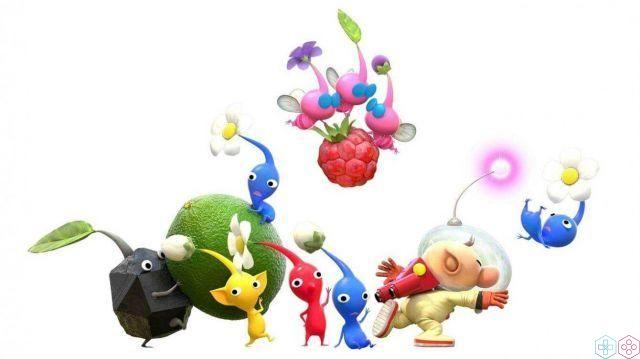 As I said before, the Pikmin will also help us outside the various levels. In particular within the Pikmin Park. The park is a refuge for all the Pikmin that we will be able to save in the various levels. It is possible to access it both from the world screen and from the icon at the top right in the various sectors. The goal is to indicate to the Pikmin the various places inside the park to patrol. This way they will be able to find various units of lights and different memorabilia. Be warned though, each Pikmin has a different ability and will only search in certain spots. The yellow Pikmin, for example, are the only ones to get close to the electric wires, while the red ones will get close to the fire.

The game is a PEGI 3. This says everything and nothing. The simplicity of the game turns into fun when the going gets tougher. The levels are varied and of different kinds, this leads the player to have fun without getting bored. Even if the mechanics are always the same, you will have to concentrate to overcome some "puzzle". Be careful not to lose your pikmin on the way otherwise, in some cases, you will not be able to carry interesting memorabilia. The game, in the end, lends itself well both to those who grew up with the 3DS, and to those who take the console in their hands for the first time. In short, simple and effective. A great impression for a game that can be this summer's pastime.

add a comment of Review Hey! Pikmin: let's have fun with lots of small and colorful friends