We analyze in this review Gears Tactics, the ambitious re-proposition as a turn-based strategy of the Gears of War saga

Announced at E3 2018, Gears Tactics has set itself the difficult goal of adapting the Gears of War saga, historically composed of third-person shooters, to one turn-based strategy. Microsoft has provided us with a copy of the game in advance, and one day after the official release of the title, we can finally reveal to you in this review if the guys from Splash Damage and The Coalition have succeeded in the enterprise.

Let's start by talking about the technical sector, for the genre really extremely nice. To keep the graphic quality of the cutscenes in real time almost equal to that of the main chapters of the saga in fact, the level of detail of the characters, effects and settings is almost excessive considering that for most of the time we will see them from afar and from ' tall with isometric view.

The title presents well 31 graphics options (excluding those related to V-Sync, resolution, and dynamic resolution) to achieve the desired quality or framerate. There is also a benchmark to test the settings in the heaviest gaming situations. Unfortunately, we found it in our tests some technical problems too many.

In fact, several times the game crashed at startup, signaling the need to update the drivers, and then started normally on the second attempt. Other times, however, it got stuck during the attack phase of the enemies, which simply never appeared, forcing us to reload from the checkpoint. We are talking about problems quite insignificant in a newly released game, but it's always important to report them. 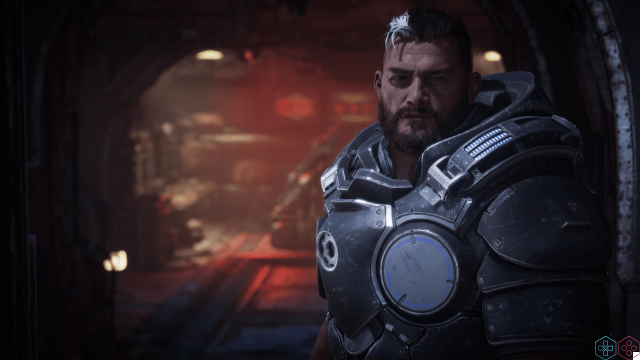 Using the built-in benchmark we tested the game's performance at different settings, on a PC running an Intel i5-6600, 16GB of RAM, and an NVIDIA Geforce RTX 2060. Setting each individual setting to maximum, in 1080p and disabling V-Sync , dynamic resolution, and any framerate limiter, we got an average of 75 FPS.

With the same settings but setting the resolution to 1440p, we got instead an average of 51 FPS. As a final test we tried the game's recommended settings based on hardware in 1080p, but always turning off dynamic resolution, V-Sync and framerate limiters. The result obtained in this way was an average of 113 FPS.

In summary, we can say that even if the game can be heavier than similar titles, avoiding to set some settings to the maximum (especially those unnecessarily heavy due to the impact on graphics quality) you can play safely well over 60 FPS even on cards band much lower. Given the isometric nature of the game, which won't see us move the camera continuously, any low framerates would also have a much less impact compared to what they may have in other types of games.

Probably, therefore, you will be able to play without problems even on lower-end cards of the GTX 750 ti and R7 260X indicated in the minimum requirements. As confirmed by the developers in fact, the title should run at 30FPS in 1080p on non-gaming-oriented laptops, with integrated graphics of Intel Ice Lake CPUs. Intel's new Xe GPUs should also arrive this year, on which Gears Tactics should arrive at 60 in 1080p with medium details. 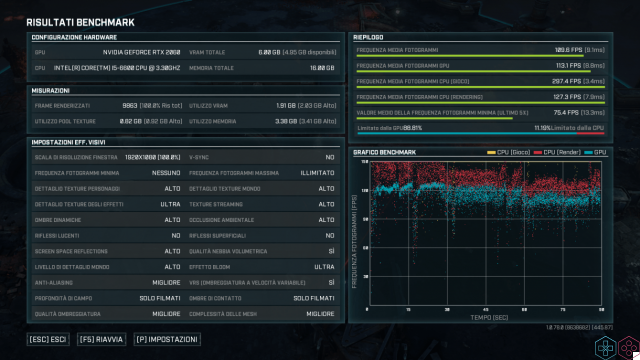 The game is set 12 years earlier of the events of the original Gears of War, on the planet Sera. Humanity is faced with the invasion of an enemy still unknown at the time arriving directly from underground: the Locust. Just the background of the origin of the Locusts, and of the main antagonist Ukkon, will certainly represent one of the most interesting points of the plot for fans of the saga.

Our protagonist is Gabriel “Gabe” Diaz, ex-colonel and father of Kait Diaz protagonist of Gears 5. The narrative and plot are at the level expected from The Coalition, with interesting implications, and exciting and well-animated cutscenes from start to finish of each mission of the campaign. In this sense, we really appreciated the choice to keep the graphics engine practically unchanged from that of Gears 5. 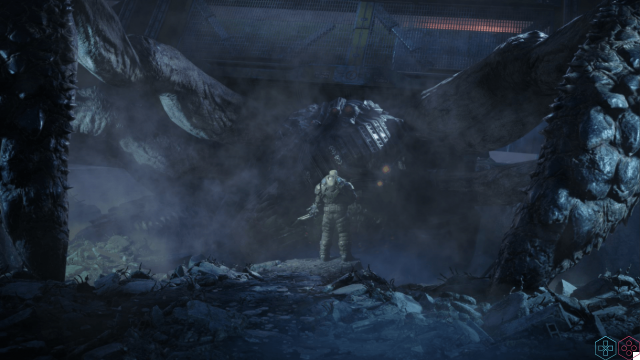 Let's get to the most important point of this review, the gameplay. Having to compare it to other turn-based strategists, Gears Tactics is certainly reminiscent of the saga of XCOM, but with several and important differences. First of all, the movements are totally free (as long as the character has enough Actions) e not limited to a grill. Each character also has three Actions per turn, instead of 2, which contributes the most dynamism and speed of the game.

The most important change, however, is the system of executions, an element that has always been present in the Gears of War saga. In fact, seriously wounding an enemy will leave him on the verge of death, and approaching him can end up with an execution. What makes executions really interesting is the reward, that is an additional Action to all other team members. This system radically changes the way you play, making Gears Tactics so much more frenetic and dynamic, and perfectly in line with the developers' ambitions to make the title feel anyway similar to that of an action.

The artificial intelligence has definitely convinced us, with the enemies that will calculate the best actions by simulating different possible consequences (the number also scales with the difficulty), and that sometimes they could even stop during an action to change their decision in the process based on changes in the game world. Fortunately, all this happens within a few seconds, and what results to us is not only a sensible action, but also fluid. 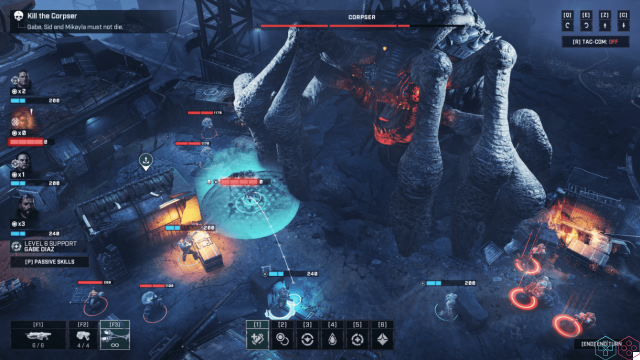 The management of some headquarters is replaced by the managing your own team. During the game we will in fact recruit several Gears (procedurally generated), which we can then customize extremely thoroughly both in weapons / armor and other characteristics, as well as in appearance. Here, too, you really see the advantage of the graphic engine and real-time cutscenes, which will allow us to closely appreciate our characters with all the customizations we have applied to them.

The game features 5 different character classes: Vanguard, Support, Scout, Machine Gunner and Sniper. The classes differ in the main weapon, and in the unlockable active and passive skills.

If we are not dealing with important characters of the plot, moreover, in case a member of our team is killed (with an execution this time by the enemies always after having seriously injured him), his death will be permanent bases. For lovers of extreme difficulty, with difficulty Iron Man it will be possible to “make permanent” the death of even important characters, which, given the inability to load the checkpoints, will force you to start the game all over again.

After completing the story, you will be able to continue playing in the mode Veteran, where we will be able to play endless new automatically generated missions by choosing from various maps and objectives. Missing any form of multiplayer to further extend the hours of play, but they are completely absent luckily even microtransactions. 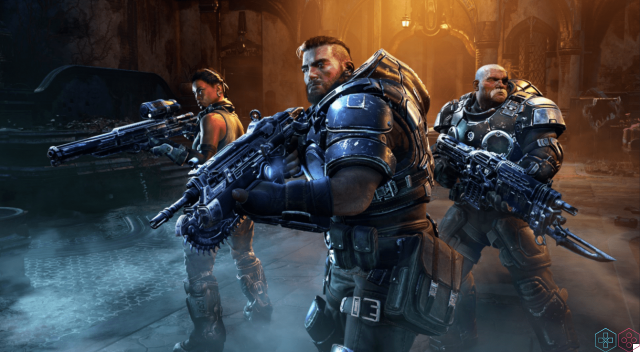 To answer the question at the beginning of this review therefore, the developers have succeeded with an excellent result in their goal: to revive a full-fledged Gears of War, but as a turn-based strategy. In fact, we have plot and narrative at comparable levels, graphic quality that remains excellent, and all seasoned with gameplay dynamic and fun, and with the inevitable performances typical of the saga. For all fans of the genre, and even more so for fans of the saga, Gears Tactics is absolutely to try.

We remind you that the title will be available for PC on Steam, Microsoft Store and for Xbox Game Pass subscribers from tomorrow 28 April. Gears Tactics will also arrive on Xbox in the future, but for now we have no indication on the exit window. For other reviews, news, guides and specials on the gaming world, go to the dedicated section on our site!

8.8 Not to be missed for fans of the genre

Review Generation Zero: back to the 80s? ❯

add a comment of Review Gears Tactics: da TPS a stretegico a turni