In this review on Doom Eternal: The Ancient Gods Part One we are going to examine the first Doom Eternal DLC released a few days ago

Doom is certainly one of the longest-running and most famous videogame sagas in history. Although with a few years of inactivity, the title has taken back the scene with the much acclaimed Doom, released in 2016. The adventure of the Doom Slayer then had a successful conclusion just a few months ago with the arrival of Doom Eternal in renewed graphics and a somewhat frenetic combat system, while for the most nostalgic, Doom 64 has also returned to life.

In this review instead we will deal with the first DLC, Doom Eternal: The Ancient Gods Part One, released only a few days ago. We will go on to rattle off the new adventure that the developers of id Software have prepared for us users and we will try to understand what we can expect from the second part.

Before continuing with our review of Doom Eternal: The Ancient Gods Part One, a small clarification should be made. In this article we will not cover the game from a gameplay point of view or its general structure. We have talked extensively about that both in ours review of the single player, than in that of multiplayer.

Here only what concerns the DLC will be dealt with and a few more small clarifications will be made relating to the game in general. Having said that we can then continue with our article.

As you surely could have guessed from this subtitle, this DLC is in a sense a natural evolution of the main game. The developers have managed to give that pinch of spice that the title "lacked", making everything more hectic than it was before. In short, if you have found the main game challenging enough, the DLC will be equivalent to the 12 labors of Hercules. 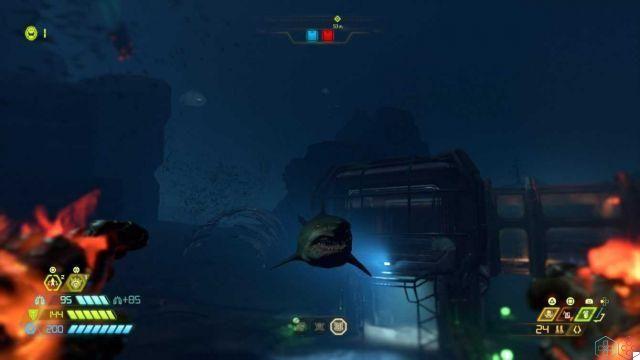 Our adventure will unfold on three distinct maps, each featuring a fairly challenging final fight. Our journey among these demons is accompanied by a story that starts quite slowly and at times turns out to be obscure, although it is very linear.

The first real innovation comes from some new demons that have been introduced with the DLC. While the game comes with a fairly large demonic roster, the developers have decided to insert two new entries to vary the gameplay. It is about turret, the first environmental demon and of the Spirit.

The latter does not turn out to be a very powerful demon, but with his ability he is capable of sneak into other demons and make them more powerful and much more resilient. In doing so, then the monsters that previously had weaknesses are now almost immortal. It will be really very difficult to take them down and we will have to try different tactics before we can defeat them.

The combat system, however, has not undergone many changes. The arsenal is practically identical to that of the game, except for the removal of the Crucible. It will therefore not be possible to slice the various enemies as in the base game. However, thanks to the introduction of the support runes, we can benefit from another very important buff. These will only be three, although it is possible to equip only one at a time.

The latter, however, will not limit the difficulty and the fights with the various bosses will be quite difficult and challenging even at the lowest difficulty. In short, if before playing Doom Eternal was a challenge, now we are faced with a real undertaking. 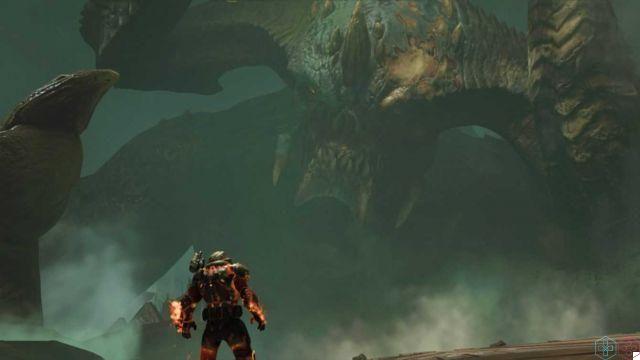 Break down the gods and become one yourself

We are almost at the end of this short review on Doom Eternal: The Ancient Gods Part One and it is therefore time to take stock of this DLC. Although somewhat short in duration, the first set turns out to be somewhat demanding. The introduction of the two new demons guarantees a pinch of innovation also to the combat system, guaranteeing new life even for those who had finished the game in the various difficulties.


The removal of the Crucible was much appreciated, which in some cases could have simplified the whole experience quite a bit. I also found the difficulty very well balanced which, even at low levels, it requires commitment and strategy to overthrow the countless demons. The introduction of the new support runes certainly helps the player in some cases, but it does not affect the gaming experience.

The frenzy of the base game here has increased exponentially. There will be no "dead moments", not even in those few platform parts. Precisely the latter turn out to be challenging, but certainly less than those of the base game. 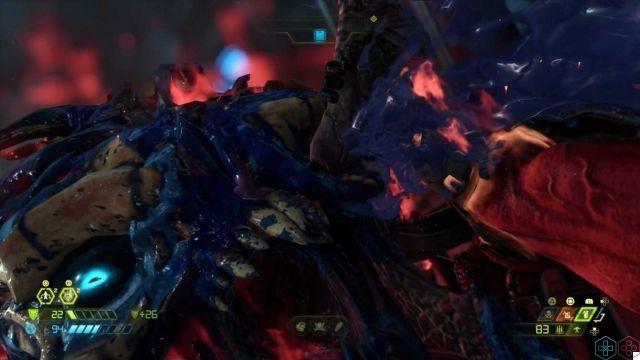 In short, the DLC is definitely a good product that is worth playing by anyone. However, just the division into two parts (turns out to be really short compared to the main adventure) of the story and the price, € 19,99 for the first part only, they make their noses turn up quite a bit. Clearly it is a marketing choice to try to scrape up something more, but for the user it could be somewhat inappropriate.

For this Doom Eternal: The Ancient Gods Part One review, that's all. We remind you that the DLC is available on PC, PlayStation 4, Xbox One and Stadia. To not miss further news and the review of the second part, keep following the pages of techigames!

8.5 In the excellent wake of the base game!

add a comment of Review Doom Eternal: The Ancient Gods Part One