Devil May Cry 5 Special Edition is one of the launch titles of PS5 and Xbox Series X / S and will try to show all the power of the next gen, in this review we will find out all the details

We should always avoid judging others, and rather try to put ourselves in their shoes: however, the writer is really hard to imagine that someone, to date, has not yet played Devil May Cry 5 (we reviewed it at the time, as you will remember) . In this seat of review however (and paradoxically) this is not necessarily a bad thing. Because Capcom has chosen Devil May Cry 5 Special Edition as the launch title for its next gen: it will mean something.

Half the world has already gutted it well (just as it will have gutted the demons present), and he will miss the "surprise factor". All the newcomers, however, they will be able to enjoy something new, untouched, spotless, and to the best of its ability. Who will benefit most from the arrival of the Special Edition on PlayStation 5 e Xbox Series X? Old fans? Newcomers? The one and the other indifferently? Let's try to think about the novelties proposed, and to draw some conclusions. We reviewed the title on Sony's next-gen console.

The technical sector is a separate chapter

In the end, the discussion is always and trivially reduced to this: al technical sector. Especially at the launch of the next gen, the considerations chase each other equal to themselves: “how do you see title X on PlayStation 5? How does it turn? And, how many frames does it have? And the pixels? " For heaven's sake, we're not saying that curiosity has no raison d'etre. Simply, every now and then, we should focus more on overall quality of production, of which the technical sector is only one of the many aspects. And not even the fundamental one, perhaps.

But let's get to the hard and pure power. Finally Devil May Cry 5 Special Edition on PlayStation 5 behaves as it should have done since the beginning: we know that in the first days of the launch it showed many problems in the management of the 4K. All the malfunctions have been corrected, on the software side, by a patch made available just a few days ago. So currently the Capcom title offers at least four graphic and technical customizations, depending on the buyer's priorities. The basic choice revolves around the ray tracing, a technology that allows you to take full advantage of bright surfaces, reflections and, in part, the ambient lighting in certain conditions. Ray tracing enriches the scenarios from a visual point of view, embellishing them. But it consumes resources, and many.

Now with active ray tracing Devil May Cry 5 Special Edition allows you to play in two modes: the first in 4K with 30 fps, the second in 1080p and 60 fps; therefore you will have to sacrifice either resolution or fluidity. Our advice is yes to try this mystical experience of ray tracing… and then turn it off. Come on, it's not Devil May Cry 5 that needs such technology, especially considering that it needs considerable compromises in a production focused on absolute frenzy.

Deactivated ray tracing, therefore, you will unlock two other customizations: the first with 4K and 60 fps (the one we have chosen from the editorial staff) and the second at 1080 p with 120 fps. Yes, 120 fps. Of course not, they are almost never reached: depending on the environments and situations, you get to 100 fps. However, Devil May Cry 5 Special Edition already shows the potential of the next gen in these first weeks, from the point of view of pure numbers. 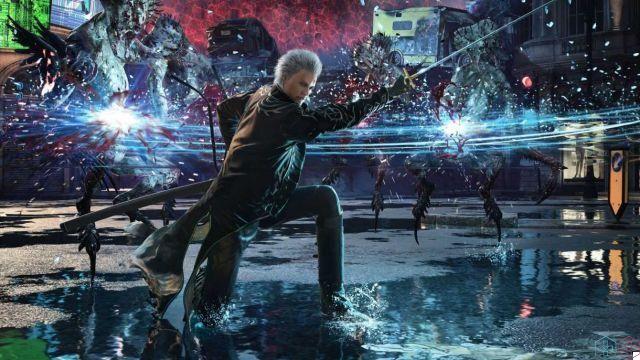 Do not believe that the new features of Devil May Cry 5 Special Edition are already finished: the renewed and enhanced technical sector is only the basis of the new generation version. Obviously there was a need for new contents ad hoc, to at least attract old players. Here then are game modes never seen before, with fluctuating interest after all: but they should be there. The first is the Turbo Mode, and as you may have guessed it has something to do with speed. With a lot of speed. This is a feature that allows you to relive the entire adventure speeding everything up by 120%. Faster enemies, combos to be chained with less than half of the reflexes previously necessary, protagonists themselves frantic to the point of spasm: you will have many problems in the adaptation phase.

Immediately after, however, pleasure will take over, inherent in high speed. And that's not all: as it is easy to understand, this game mode also serves to underline the possibilities of the enhanced version of Devil May Cry: “the next gen makes everything not only more performing, but also faster! If we want to double everything, look! " The icing on the cake, however, comes with the Dark Knight Mode, which turns the game into a musou. Not all the chapters of Devil May Cry 5 Special Edition were crowded with enemies: sometimes there were few of them, but strategically placed or capable of requiring certain stratagems to be eliminated. Dark Knight Mode ignores all this and multiplies the presence of enemies on the screen: it multiplies it many times. Imagine having to face ten demons and find yourself grappling with a hundred of them.

It is clear that in this case something works, and something doesn't. Agree the sense of fulfillment, agree that PlayStation 5 can handle all this mass of enemies with peace of mind: but Devil May Cry 5 Special Edition is an action, not a musou. And here is the system for hooking the characters, well, it stops working as it should; or that the camera begins to fall prey to alcoholism and hiccups; that certain sessions of the levels become highly frustrating because they weren't meant to house all those damn enemies in that spot. However, it is not mandatory to play Dark Night Mode: the choice, as always, is yours alone. 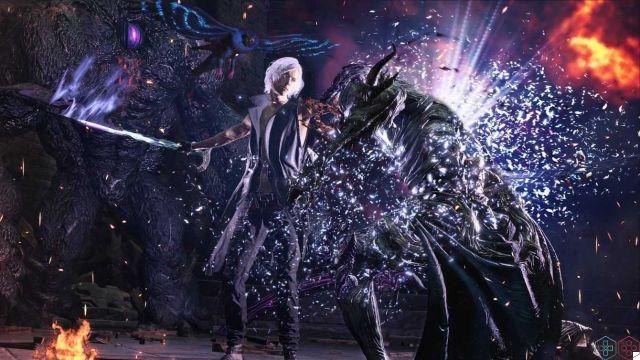 Add a seat at the table, that there is an extra friend. More than a friend, Dante's brother: he is Vergil, fourth and presumably last playable character that we will see (and will see) in this chapter of Devil May Cry. But let's try to understand something more about its introduction. At the time of its market launch, which took place in the spring of 2019, Devil May Cry 5 allowed you to play as Dante, Nero and V, the latter newcomer to the cast of the protagonists. His style of play, indeed, was highly innovative, because he could summon the three helping demons: "variatio", as the Latins said.

Another handsome lethal hunk could certainly not hurt: here comes Vergil with his paraphernalia, fully armed, katana, broadsword, shoulder straps, alternative forms. The character moves around the screen with surprising speed, can teleport to hook and hit enemies, vanish into the shadows as soon as the situation becomes too risky; a pleasure for the showmanship that has always been inherent in the franchise, and also for the very special combat system. Vergil, needless to deny it, represents a bit of the "easy mode" of Devil May Cry 5 Special Edition: it's really cool. So strong and versatile that in hindsight the balance does not seem to have been taken into consideration by the developers, when implementing the half daemon. And this aspect is certainly not a positive value.

Narratively speaking - if you have played Devil May Cry 5 - you will have already guessed that, introducing Vergil, plot issues. Capcom has chosen to ignore all of this, relegating Vergil to a secondary narrative line. Or to be more precise: you can play with him right away, and always. However, the interlude scenes with the other characters will be skipped, and certain interactions with things, objects and environments. And then yet another piece of advice: if you have never completed Devil May Cry 5, first you should do it in the standard game mode, that is with Dante, Nero and V. Then you should think about a new "run" (ie complete game) with Vergil. Otherwise, long live the spoilers. 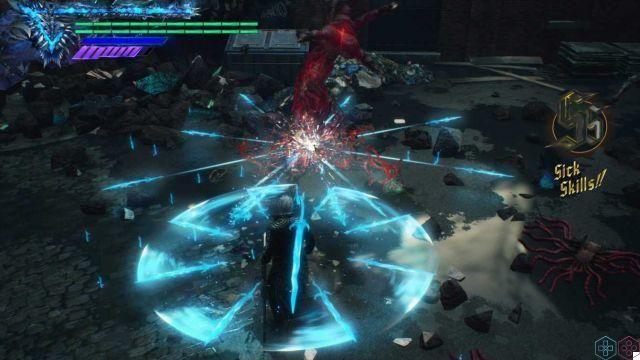 Among many highs and some lows, Devil May Cry 5 Special Edition is confirmed as theultimate experience of the fifth chapter of the franchise. Capcom is on the safe side, thinking of a perfect title for both old players (who have already completed Devil May Cry 5 at the time) and newcomers. They both have valid reasons for a second (or first) round in the company of Dante, Nero, V and Vergil: now the new game modes, now the simple graphic and technical sector enhanced by the next gen of PlayStation 5, now a playable character (Vergil) who will otherwise be available for a fee elsewhere only from December 2020 forwarded. Devil May Cry 5 Special Edition, we are sure, is the definitive version: there will be no other editions.

From now on look at Devil May Cry 6. But in the meantime, you can't miss a one-of-a-kind pearl. A dark, malignant, demonic pearl: and therefore tremendously fascinating.