We analyze in this review the new video game from Shift, Code Vein. Let's find out how the title behaved on PC

The new one came out a few days ago soulslike developed by Shift in collaboration with Bandai Namco. After an announcement came about two years ago, the game has experienced ups and downs. The uncertainties of the moment had led to think of a total cancellation of the title, at least until the disruptive announcement a few months ago. How will this title behave on our PC? Let's start the Code Vein review and let's find out together.

Captivating weapons, overly stereotyped characters and a camera to forget

If until a few weeks ago you had asked me how you could create a soulslike that would fuse together a dark story, in some ways epic, and characters that seem to come from the world of anime, honestly I would not have been able to answer. In a way it's like seeing a AOT 2 (Attack on Titan for those unfamiliar with the title) in version Dark Souls. I know, fans of the darkest and most famous saga will surely be turning up their noses at this comparison. Yet I'm sure they too would appreciate the work done by the Shift guys. Let's find out in this review the new Code Vein.

The story, as in any self-respecting soulslike, is somewhat obscure. We will find ourselves in the shoes of a revived, a human transformed into undead following a genetic modification that took place thanks to the BOR (Biological Organ-Regenerating) parasite. Everything is set in a post-apocalyptic scenario. Here we will meet again at fight the corrupt, revived who have succumbed to madness due to a lack of blood. In fact, to survive, the revived must absolutely nourish themselves through the drops of blood. The latter are produced by some special trees which, however, are withering away, risking to plunge this part of the world back into chaos.


Our task, at least initially, will be to restore some of these trees and then follow their flow. Although the task does not seem so arduous and perilous, our true goal will only be revealed as the story progresses. And here we are then at the first difference with the progenitor par excellence of this family, Dark Souls. Even though our past and history are somewhat obscure there, too, our focus will remain the same from start to finish. In Code Vein this does not happen. We will see our goals change to safeguard the world we live in.

A very important factor to report in this review on Code Vein, which differs the title from the various souls like, and which in a certain sense is linked to the previous paragraph, is precisely the code vein (blood code in the Spanish version). Just like good vampires sucking blood invigorating and thus gaining greater strength, so we can take possession of blood codes of our friends. No, we won't have to bite them in their sleep. We just need to talk to them in certain circumstances to get the different codes. Others, on the other hand, can be picked up from the ground. These will affect the various resistances and some parameters such as strength, balance, dexterity and so on.

Furthermore, particular gifts are linked to each code. Some of these will be passive, while others will have to be activated by consuming icore. This particular unit corresponds roughly to mana and can be regenerated via special items or "Staying focused". Avoiding attacks and counterattacking will therefore award icore points. Another, much simpler and more fun way is to use a drying attack. 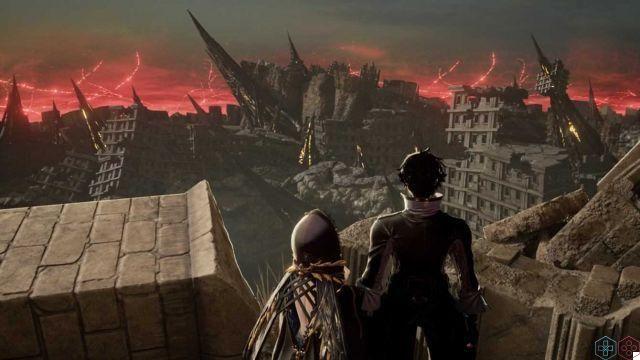 This particular one is none other than a backstab classic of the Dark Souls universe, only colorful and made particular by the influences that come directly from God Eater. If in the saga of FromSoftware, as also in Sekiro, this attack was repetitive (practically a stab in the back), in Code Vein it takes on a whole other value. The animation of this attack in fact varies according to the veil of blood, the headdress, so to speak, that we wear. There will be animations of various kinds, each spectacular in its own way.

However, this will not be the only way to do it. The second way, much more complicated in terms of timing and related risks, is that of make a parry. While not having a real shield like many enemies, the veil of blood will allow us to parry and perform frontal draining attacks. These particular outfits will also act as armor and give us little buffs different from each other. Each veil will have a particular feeling with certain blood codes and their respective gifts.

Weapons are also affected by the selected blood code. For example, the Warrior will be more suitable for wielding some heavy swords, while the Ranger will mainly be used for ranged attacks via bayonets. This then allows us to have different approaches towards our opponents and guarantees us a variety of fighting styles that are not indifferent.

But how do you unlock all these skills? - Code Vein Review

We have talked about weapons, veils, blood codes and their respective gifts, but we have not yet mentioned the main element that moves everything. If in Dark Souls the "bargaining chip" was souls, here it will be Mist. Each corrupt one we kill will provide us with an amount of haze that will increase as we progress through the game. Through this it will be possible unlock gifts, subsequently enhancing them thanks to objects called activators, and buying or upgrading weapons and veils, if we have the various materials.

The level increase is also closely related to the haze. However, if in Dark Souls we had to go to a particular person to progress, here will be enough to rest at a mistletoe (the bonfire to be clear). The level increase however will not change the various stats, but it will be limited to an increase in hit points, of vigor and, only in some cases, also the power of attacks. 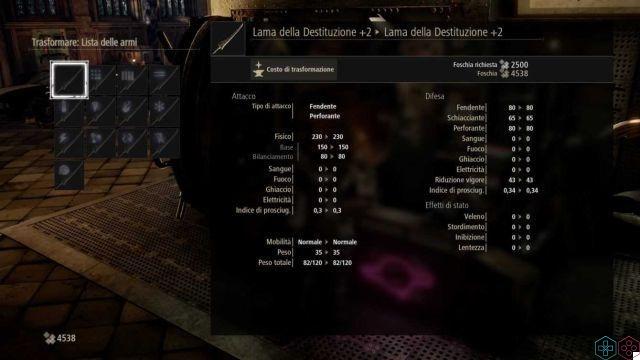 As mentioned a few paragraphs ago in this review on Code Vein, the codes can be obtained both from friends and by exploring the various areas of the map. These will come in the form of dress up, particular red crystals imbued with the memories of the revived. Through these objects it will then be possible reconstruct the past of the various characters, unlocking the various gifts that you can equip later. These vestiges however will be key to learn the true lore around which the video game comes to life.

With such a wide and varied gameplay, one would expect an impeccable technical sector. However, this is not the case. The first problems already come from the graphics which, in addition to finding itself with slight loading problems and frame drops, must deal with interpenetration of objects and people. Although there is an enormous attention to the details of the weapons and the clothes of the characters, as well as in the landscape, these small visual errors are somewhat upset.

Contrary, the sound sector appears to be well cared for. The soundtrack is very respectable and provides that mystical and at times epic touch that is typical of Dark Souls. Also the sound effects related to the various weapons or to the individual actions of the characters (for example running or walking on various surfaces) they turn out to be something sublime. The same goes for the controls on the Pad. Although the configuration of the keys is slightly different, it nevertheless guarantees us a good gaming experience affected only by some input lag that will risk making us die badly. On the keyboard, however, everything is slightly more cumbersome and complicated due to the various combinations to perform the various actions. 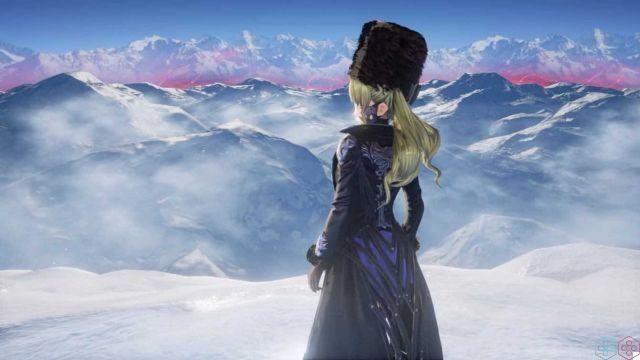 A separate discussion, in this review on Code Vein, must be made regarding the camera and lock system. These two technical aspects, very useful in this type of video game, turn out to be rather sparse and badly organized, as also happens in the various Dark Souls. The lock system works properly, even if with fast enough corrupt you risk delock. The real problem arises when you have multiple opponents against. After killing an opponent there is a lack of focus shift from dead corrupt to someone still alive. This will force you to put your thumb back on the right stick, preventing you from dodging or attacking other enemies for a split second.

The camera instead turns out to be very lacking. Unfortunately, there are many enemies in the game that are quite large and tend to be taller than your character. This, especially in tight environments, risks being a problem as the camera will turn out to be really too close. This will prevent us from seeing the action well, risking even serious damage. The same goes for close-quarters fights with really big bosses. The lock system will push our camera down, bringing it considerably closer to the character without allowing us to see the various movements of the opponent. 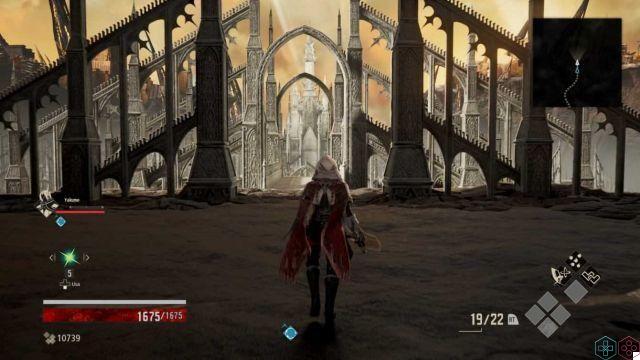 We have now reached the end of this Code Vein review and it is therefore time to draw some conclusions. While with great potential thanks to a varied and well-articulated gameplay, the game suffers from a technical sector not up to the situation. The care put by the developers in the details of each object, unfortunately, is not noticed even in the camera and in the lock system that affect our adventure. However, the models and textures are well structured, with characters (especially women) quite stereotyped, typical of anime and manga.

What about the soundtrack. Simply sublime, with music and songs suitable for any type of situation. The level of difficulty is also good, with areas that can be traveled both alone and with your partner or even in multiplayer. If you have a partner or play multiplayer, however, the difficulty level drops considerably. Even the boss-fights will be quite easy, so much so that you can overcome them on the first attempt. 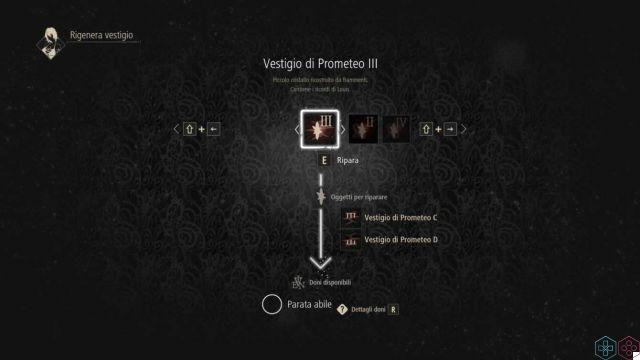 I also found the difficulty option for the new game + quite pleasant. Just like in Dark Souls it will be possible to start your adventure all over again, with the only difference that you can here choose whether to increase or leave the difficulty unchanged. The second option is the most suitable for those who want to unlock the various endings without having to work too hard to complete the game again.

That's all for this Code Vein review. If you want to stay updated on the game published by Bandai Namco or on any news from the videogame world, keep following the pages of techigames!