Bright Memory, the shooter developed by a single independent developer has also landed on next gen, this is the review of our tried on Xbox Series X / S

Bright Memory is a title born from the efforts of only one Chinese developer, who has dedicated body and soul to the realization of this independent project. The first episode of Bright Memory has attracted the attention of critics and the general public, with the consequent planning of a second chapter to be released in the course of 2021. Will this next-gen version of the game live up to expectations? Let's find out together in this Bright Memory review for Xbox Series X and S!

Bright Memory, as already mentioned, is the result of the Asian independent developer Zeng Xiancheng, which is signed as "FYQD". The game from what we have got to understand speaks of Sheila, a member of the SRO (body delegated to protect against the paranormal), committed to preventing the undead from destroying the world of the year 2036. All this, to counter the evil plans of a certain Carter, the main antagonist of the game. All of this is presented to the player somewhat in bulk and with essential information thrown in here and there. Surely the story will be deepened in the next episode (Bright Memory Infinite), presumably much longer and more orderly than this first experiment. Bright Memory, in fact, only lasts a little over half an hour of gameplay if you want to complete the main story. Although we would have preferred a slightly longer experience, we don't feel like condemning the game because of its duration or the general confusion of the incipit. At the moment. 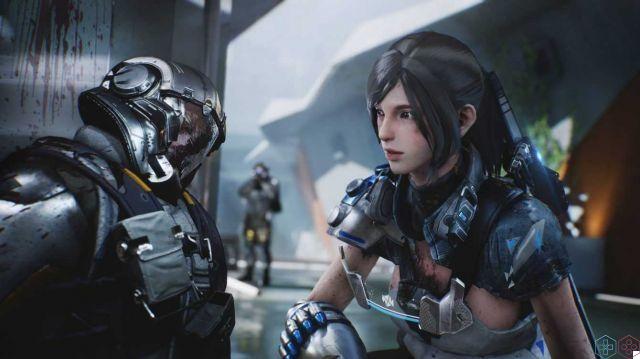 Swords, firearms, special abilities and so on and so forth - Bright Memory Review for Xbox Series X / S

From the very first minutes of the game, it is clear how Bright Memory plays all its cards on the action component. From a gameplay point of view the game is fun, hectic and satisfying. Available to players we find different weapons including a pistol, an assault rifle and a shotgun. In addition to firearms, we can also shred zombie-demon enemies (or whatever they are) with some sort of electrified sword. In combo with the basic sword attacks it is also possible to unleash special attacks that allow you to wipe out hordes of enemies in the blink of an eye. The feedback with the weapons is very positive, the degree of difficulty is balanced and the enemies respond well to combat.

But if the "fps" component convinces, what absolutely does not work are all the interlude phases. In these phases of transition between one fight and another, in fact, one can see the evident technical limitations of a project carried out by a single person. The environments are all too different from each other, failing to give the game a well-defined identity and structure. Other than that, the jump system works really badly, on the grapple let us spread a merciful veil. Really a pity.

Even on the technical side, Bright Memory does not stand out par excellence. If already the PC version was technically affected by the lack of a dedicated team, in this "porting" for next-gen the limits are technical and are even more evident. If the artistic sector is well built and very varied, the same cannot be said of the staging of the work. The frame rate has the strange peculiarity of stabilizing as the minutes pass, but in the early stages it is embarrassing and never reaches the desired levels. The graphic rendering it does not pay absolutely justice to the new Microsoft consoles, and the pop-in of objects in the distance happens with a disarming delay.


Beyond that, it's clear that this is more of a hasty retooling of the game for Xbox than an actual port. In support of this, there is evidence that the next-gen version of the game it is literally the same than the one for PC. This can also be deduced from the fact that you have to move through the menus by moving the arrow crusor with the analog as if it were a mouse substitute. Also, in the settings menu we find the same settings as for the PC game. Really a very serious lack that, this time, we are unable to justify in any way. Bad and at times very bad. 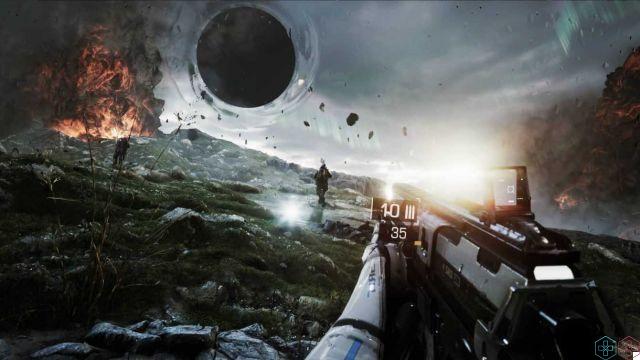 Bright Memory for Xbox Series X and S, net of what has been said in this review, it would make no sense to exist. We understand that having an exclusive of the genre can be a good card for Microsoft, especially in view of a second chapter revised and improved, but under these conditions there is the risk of the opposite effect. We are dealing with a game that, although it has the great and laudable peculiarity of having been developed by a single individual, is really unplayable. Bright Memory offers not even an hour of gameplay where, when we are not exterminating undead, we are faced with technical problems, flawed renderings, a freaked out frame rate and a grapple to throw into the cup. If we then add that for 8 euros, we are buying a poorly executed conversion of the PC game, the picture is quite complete. We hope that FYQD realizes the obvious limits of making a game all by itself, to be supported by a team capable of making Bright Memory (and above all Infinite) a game worthy of what it promised.


We hope you enjoyed this review, we salute you and as always we invite you to stay connected on techigames for more news, updates and much more from the world of video games. Bye!