Age of Empires III becomes Definitive Edition and our review about it could not be missing. Let's discover the new role of the strategic

The saga of Age of Empires has its origins as far back as 1997 and had its conclusion in 2007 with the second expansion of Age of Empires III. Over the years, however, the three chapters have had a new life thanks to the developers who have adapted them to what are today's game parameters. Let's start this Age of Empires III: Definitive Edition review and let's discover together the new look of the third chapter of the saga.

As many fans will know, each chapter of Age of Empires deals with a specific historical period. The first chapter ranged from the Stone Age to the pre-Roman period. The second goes from the Middle Ages to the Renaissance with interludes set in the New World. The last chapter goes instead from the conquest of the New World to the Industrial Revolution, with a look at the Eastern empires.

In short, not just any real-time strategy, but rather a dip in history with a closer look at the episodes that characterized it. And with the idea of ​​making the game more truthful that the developers have approached this "new" Age of Empires III: Definitive Edition. The desire to make the game as faithful and accurate as possible is reflected in the units and audio of some Indian tribes that have found a new lymph.

Although therefore it should have been a simple restyle, the game instead finds some minor changes that are quite significant. But let's go in order and find out together what's new. 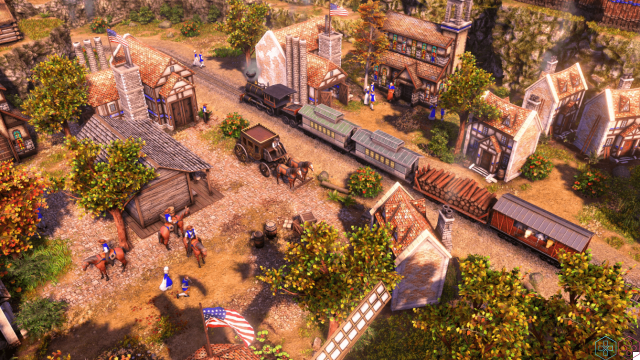 Much more than a strategic one - Age of Empires III: Definitive Edition Review

Before continuing this review it should be noted that I will not be discussing what the actual game is, but only of the innovations introduced. The campaign or the gameplay will therefore not be treated except for precisely that of the new ways Historical Battles and Art of War. After this clarification we can resume with the review of Age of Empires III: Definitive Edition.

As stated earlier, the game aims to be much more than that. In fact, what distinguished the saga, and helped so many students like me in research in the absence of the Internet, was the historical fidelity and the notions that could be learned. In short, a true master even if in digital and more interesting form.

The first thing that you can notice and that distinguishes the Definitive Edition from its previous version is the layout dell’UI. Here, fortunately, the developers offer a choice to the players. It will in fact be possible to choose between a predefined layout, the one introduced with the Definitive Editions and the classic one.

Each of these presents, as expected, the same characteristics, but with different dispositions. All this allows a better integration to the title both for those who are new and perhaps have decided to buy it out of curiosity, and for old players who have consumed the mouse and keyboard to play it. 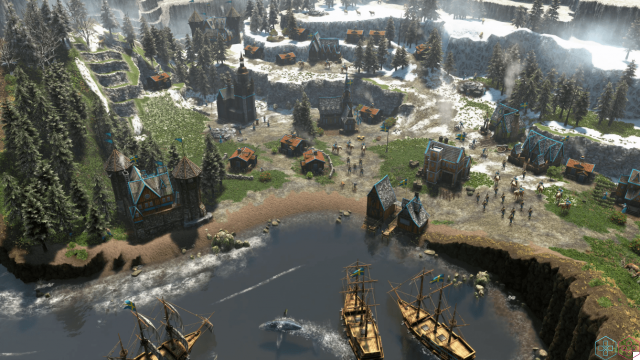 As anticipated earlier in the review, two of the most important innovations concern the new Historical Battles and Art of War modes. The first, as one might expect, reports important historical battles fought over the course of history. Contrary to the campaign mode which provides a sequential logical thread referring to each individual tribe or character, here completely different scenarios will be faced each time.

In fact, each battle will see us in command of a specific army, with completely different settings and objectives. Tackling them all will certainly not be a walk in the park, at least in the most challenging difficulty. Fortunately, the experience system returns to our aid which, through a preset deck of cards, will guarantee us constant support during our adventure.

Gathering the necessary experience to activate the cards at our disposal will be quite easy. Killing and training troops, developing technologies or destroying enemy buildings will grant us a lot of experience. Building commercial bases along the routes will also serve the purpose.

If then Historical Battles may seem simpler than it really is, it is in Art of War that the player's skill will be put to the test. This mode is nothing more than a timed mode with some rather basic scenarios and others more complex. Art of War can be compared to a tutorial if we may say so, just as William Wallace's campaign was in AoE II.

Completing all the challenges at the gold level will not be easy and very often you will have to try again several times. In fact, even the slightest mistake can compromise the fate of the challenge. 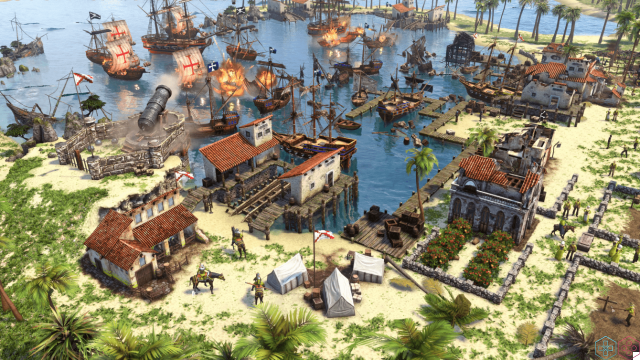 In addition to the new modes that will see you engaged, two have also been introduced new civilizations which are the Incas and the Swedes. Cards have also been adopted for these two civilizations to customize their deck and the relative "Mother City”Which for the occasion was revised and implemented with all the populations.

These more important changes were followed by other more targeted ones. In addition to the new features introduced with the various Definitive Editions, improved and extended zoom levels, range and building progress indicators and so on, they are some "poetic licenses" have been removed that the developers of AoE III had adopted at the time.

With the collaboration of Native Americans and First Nations consultants the developers have corrected errors in representations of indigenous civilizations, events and characters in American history. Extensive work has therefore been done not only from a graphic point of view, but also from a historical point of view. 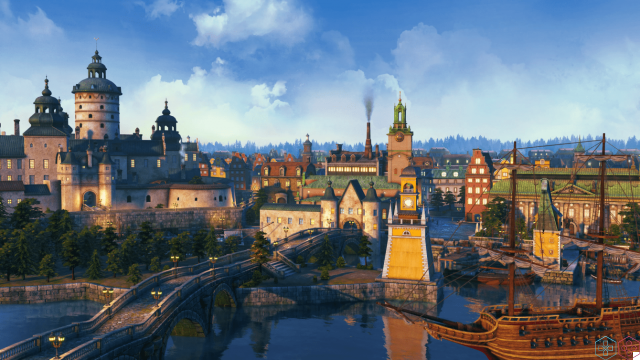 The new chapter of the saga continues on the good path set by Age of Empires II: Definitive Edition. The developers have indeed succeeded in give a new light to a game that had surprised players not a little when it was released back in 2005. Support for 4K together with the new technical / graphic system completely renewed, they give new life to a game that still had thousands of active players today.

The beneficiaries of this hard work are certainly the environment, the cutscenes, the animations and the new physical system. All this turns out to be like the icing on the cake for a game that already appeared to be very complete and well structured.

But the renewal did not come only visually. Although now it is a gem for all to see, it is with the audio sector that the differences are even more noticeable. Both in the narrated part of the dialogues and in that relating to environmental sounds, you can see the intense work done by adopting more realistic and full-bodied sounds than the previous ones. 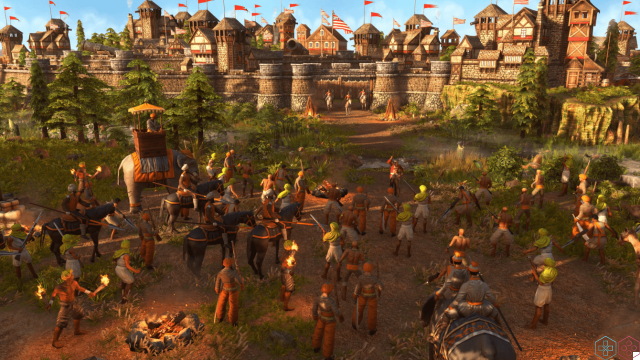 Fire to the powders!

We have now reached the end of this review on Age of Empires III: Definitive Edition and it is time to draw some conclusions. As we said, the developers have followed the path traced by AoE: DE and improved since the second chapter. A game that still appeared to be “fresh and interesting” today is now being revived in a whole new light.

Starting from a well-set system is certainly a good foundation on which to build and the development team has been able to exploit this springboard. From a visual point of view and beyond we can see a masterful change, although in some ways it is inferior to that which characterized AoE II: DE.

The fact of including new modes certainly teases even the veterans of the genre, but the difficulty can leave something to be desired, especially on certain occasions. The corrections made to the indigenous tribes were much appreciated. Definitely an important factor for a game that makes history its cornerstone. Now we just have to wait for the brand new Age of Empires IV announced a few years ago and see how the course of history will evolve again.

That's all for this Age of Empires III: Definitive Edition review. We remind you that the game will be available starting tomorrow October 15th on PC via Steam o tramite Xbox Game Pass at the recommended price of € 19,99. In order not to miss future news on the videogame world, keep following the pages of techigames!