Retrograming: on the green with Mario Golf!

Dear sports and retrogaming lovers, grab clubs, caps and cleats to go down to the green in Mario Golf on the Nintendo 64

Year of grace 1999, on that mythical console that was the Nintendo 64 comes out Mario Golf, just a few years after its explosive debut in three dimensions and the vital point of retrogaming, where il our plumber and his crazy friends will compete to the sound of balls and 18 holes that retrace the salient elements of his saga just starting.

Developed by Nintendo in collaboration with the Camelot Software Planning (the same ones they will cure Mario Tennis and similar), the title has shown how such a game can go just fine for the new console of the Big N even going to rival other sports games such as, for example, Neo Turf Masters (developed by the same team of the first Metal Slugs ). It should also be remembered that in addition to the mythical Mario Kart 64, which has implemented the functions present in the "embryonic" version on SNES, it took a sports title of this caliber to show the world how the pixel of the Nintendone they could make the most of even a more thoughtful, less frenetic, but no less interesting game. But let's go ahead with some order. 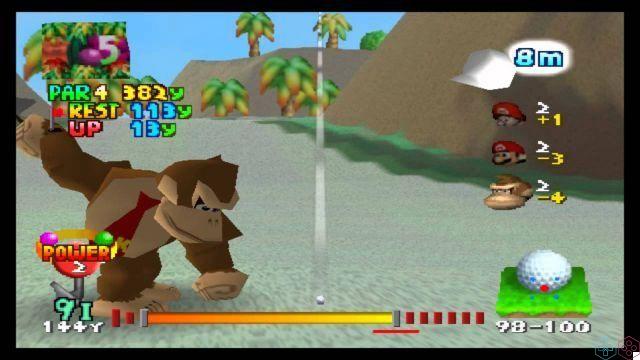 Not quite the first, but almost

Although this was the first chapter in three dimensions to land on Nintendone, there were already a couple of similar titles released about a decade earlier. Among these there was indeed 1984 Golf, released for NES, where our sportsman on duty looked more and more like the legendary plumber. The apparition with the good brother Luigi and to the princesses Daisy e Peach (the latter in the guise of caddies) will arrive only a few years later with NES Open Tournament Golf uscito first on the Famicom Disk System and then on the dear old man NES.


Unfortunately both are absent for the miniature version of the historic console, but can still be found for the Nintendo 3DS. The official sequel to this game will then arrive relatively soon, to be precise in 2003, with Toadstool Tour to Nintendo GameCube (we also take into account the fact that that was the period of the colorful and summer Super Mario Sunshine) always curated by new combination of Nintendo and Camelot. Having said that, let's now move on to our title in three dimensions. 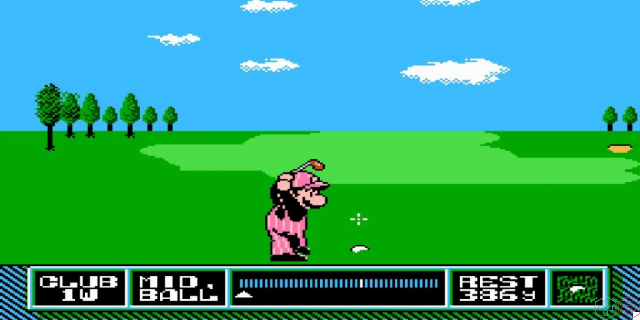 Objectively, there is no real story, let's say that we are, more than anything else, facing a real "situation". Our Nintendo heroes are on the green playing with each other, in fact in the initial sequence we can already see characters like Yoshi, Baby mario or Donkey Kong, until when Luigi he will not make his usual bungling figure.

Then also accomplice Toad waving a flag, our people are still happy and relaxed, so much so that everything ends with a big general laugh in old cartoon style on Sunday afternoon. In any case, remember that it will not take long for the "green little brother" to demonstrate all his worth with Luigi's Mansion del 2001.

Piccolo written after, the little one also appears among our heroes Plum, created especially for the occasion, but the game going on will show us how there are other characters to unlock as you win various challenges and trophies. In short, the story is all here, an "excuse" to ensure that we can have fun once again with our favorite heroes without beating our hands as in Super Smash Bros. 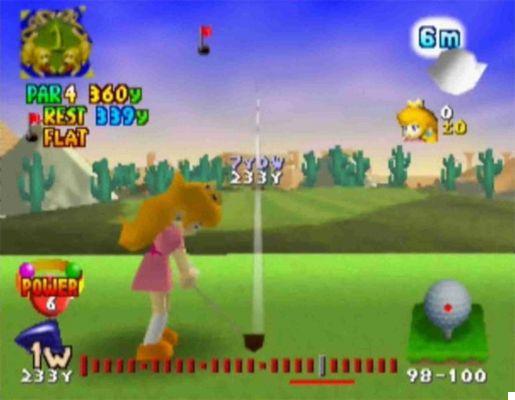 Anyway, what can we do in this title? In addition to the classic tournament, where we will be able to review in the backgrounds and on the tracks landscapes that are now familiar to us, we will therefore be able to choose how best to proceed to become the next champions of this noble, and sometimes unnerving, sport. You can start softly withtraining or with the minigolf to become familiar with the controls, clubs and characteristics of each individual character or go straight to the most ambitious goal possible.

Or become gods authentic masters of the green going to compete in the timed challenge, (anyone who has played Crash Bandicoot knows how satisfying it can be) a reduced holes to streamline the pace, ad rings to demonstrate how many curses can be launched on a field or, and this is a real treat, unlock a new character.

How to do for this last modality? Nothing could be simpler and more competitive, just beat him in an exciting tournament against each other until the last hole. Trust me, it won't be easy at all! At last, but not least, you can also challenge your friends up to a maximum of four players. 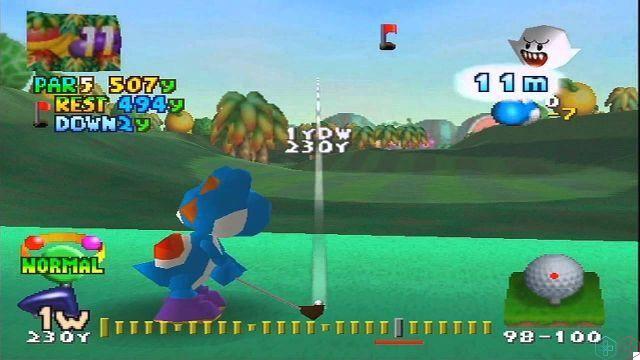 The other characters - Retrogaming: Mario Golf

The title in question, in addition to the legendary plumber, however, he does not skimp on the other characters that have made Nintendo great and others created specifically in collaboration with Capcom to increase the faces on the green. Below we present a short list to be able to consult them more easily,

In total we have therefore 18 different characters, each with its characteristics and strengths, which, to be a game practically more than twenty years ago they are not at all few. Then keep in mind that there are more and more of just 12 appeared on the first Super Smash Bros. released the same year on the same console. 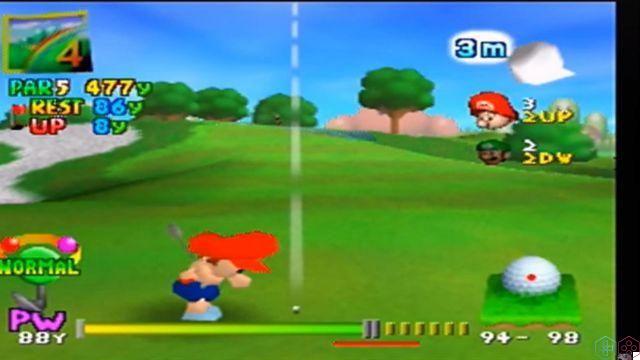 The sporty legacy of the plumber & associates - Retrogaming: Mario Golf

Obviously, when a "sports and collective" title how this receives a good reception, what is usually the next move? Simple, if it went well then it is definitely appropriate enter one of these titles for each console being careful not to forget the portable ones! Unfortunately there hasn't been a version for the perlacea Wii, but you can rest assured because on that console it was a real pleasure to face other challenges such as Mario Kart or both chapters of Super Mario Galaxy.

Authentic masterpieces that, even today, still make you dream and excite like never before. Today, fortunately, this "formula" is still fully functional and the Super Rush chapter that came out in this torrid summer on Nintendo Switch to cool off under the umbrella. 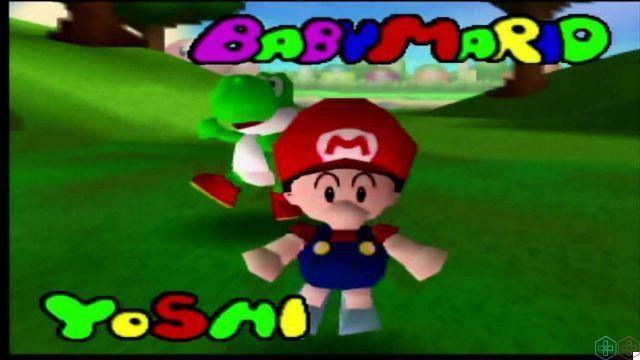 One hole after another

After twenty years and many pixels passed under the bridge, we can still say that Mario Golf has remained a little gem for retrogaming both for its "original" version for Nintendo 64 than the more "portable" one for Game Boy Color released in the same year. Of course, today the pixels are noticeable in a more "heavy" and the mechanics could still be improved, but all this does not matter. It is enough just to review some of those landscapes, play at recognizing the quotes and relax with the clips of soundtracks from other chapters, to take some time off and enjoy another title signed by our dear plumber of trust.

In any case, given that more and more games for Nintendo 64 are appearing on the Switch, it would not be bad at all to see this title among those that the Great N is about to make available. Looking forward to find out then why not brush up on this game if you still have a Nintendone or a Game Boy Color?

If you then want recover other titles from the Big N, and more, at the best price ever, then we advise you to click here, while, to be always updated on the great world of video games yesterday and today, we are waiting for you on techigames!

add a comment of Retrograming: on the green with Mario Golf!