The world of video games is full of old videogame glories and, one of these retrogaming pearls, is the famous Super Mario 64

With the beginning of this column dedicated to the world of retrogaming, therefore, we will start with talking about the revolution that "Super Mario 64" has brought to the gaming industry and how, even today, it is a must for all lovers of more "vintage" video games and more. Get comfortable and enjoy this journey into the past of the gaming world.

It was back in 1996, heck as time goes by, when a new console was launched on the world market. It was in fact the Nintendo 64 which, in addition to carrying out the experiments of the Big N, offered fans a park of titles destined to make history. We talk about games like "The Legend of Zelda: Ocarina of Time", "Banjo - Kazooie", "Donkey Kong 64", "Golden Eye 007", "Star Fox 64" and many more. Nintendo's standard-bearer was once again the good one Super Mario which, this time, became a real one 3D character able to move freely within the game world, indeed of the worlds, to save again the Princess Peach.

This platform signed by Shigeru Miyamoto, father of "Zelda", "Donkey Kong"And"Star Fox"Among others, it was even sold in bundles with the console to the delight of millions of fans around the globe, but let's go in order. We pick up the strange three-pronged controller, practically a claw as shown in the advertisement at the time, of the Nintendone and let's get our dear old Super Mario 64 off, taking a dip in that extraordinary (and nostalgic) sea that is retrogaming. 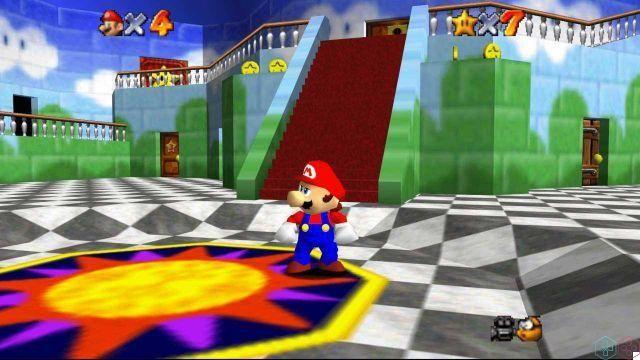 The story is set after the events of "Super Mario World" and our mustachioed hero receives one letter from Peach inviting him to her castle to eat a cake, but when he arrives at his destination, Mario will taste a bitter morsel since he will find himself in front of theyet another kidnapping of Peach by Bowser. The king of the Koopas, not satisfied, then used the power of the Stars to transform the paintings of the castle into portals to other worlds. Well 120 stars, hats with super powers, puzzles, puzzles, secrets and tons of enemies await Super Mario and the player.

But luckily there are not only enemies, otherwise it would have been there World War III of the Mushroom Kingdom, but there is also some "ally”, If we want to call it that, which gives us some suggestions and tells us about the lore of the game. Unmissable since the days of the first "Super Mario Bros." of the 1985 to NES there is the little mushroom Toad, here in the company of a few more friends, who updates us on the progress of our rescue company and gives us some useful advice. In short, he will not just tell us that "the princess is in another castle", and fortunately. Remember the frustration of the moment? Level upon level and that wasn't the right castle either! 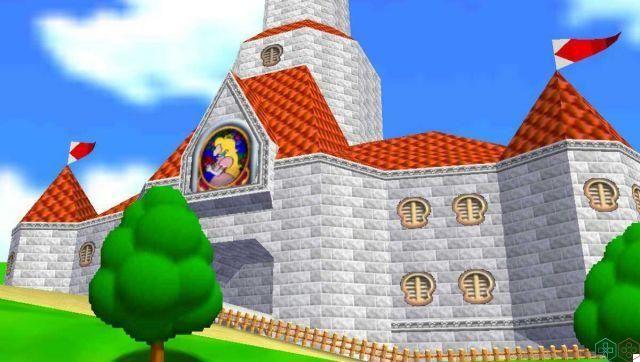 Castles aside, another very useful element is the various signs scattered throughout the levels and rooms of the castle who will explain to us how to use the various hats (these will allow us to fly, face water and gas and go through grates) and will give other little clues about where the stars are and how they can be reached. And no, dear players of "The Legend of Zelda: Ocarina of Time”, Who i signs they cannot be cut to pieces with the sword. Also because we are "unarmed".

Then there will be the nice buon - omba, similar to the bad ones but pink, who in the guise of artillerymen they will shoot us where we want through a beautiful one cannonata. Ideal for reaching semi-inaccessible areas and discovering secrets in mid-air as in the case of the Whomp Fortress. They will then make their sporadic appearance i Lakitu Bros with tips on how not to wake piranha plants and, with the camera mounted on the fishing rod, they will take care of the shooting and the overall game view.

Finally, unlike the aforementioned "Super Mario World", there will be no trusty Yoshi here with which you can make a good feast of enemies and flit to the higher platforms (SPOILER). The cute green dragon will appear only at the end of the game well positioned on the roof of the castle. Initially in disbelief because we will report to him that he defeated Bowser and saved Princess Peach, he will reward us with a lot of extra lives. 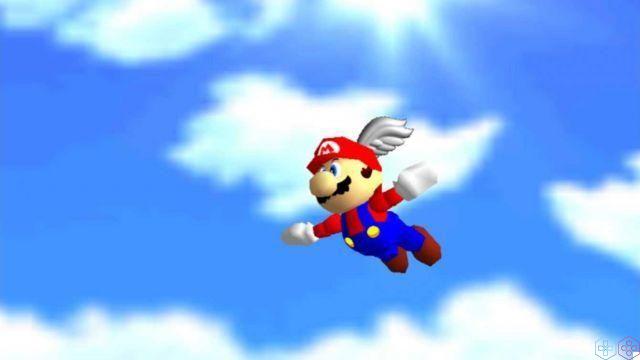 The revolution that is perceived in Super Mario 64 (even playing it today with some retrogaming sessions) is truly incredible and the found some paintings to travel in game worlds, some of which are located behind doors that will only become unlockable after collecting a certain number of Stars, is simply phenomenal. A way to push the player to complete all the levels and to do their utmost in yet another rescue of Peach.

Do you think that this revolution even involved the end of the levels, without the classic final flags, but rather with the possibility of visit and revisit the different worlds again. Worlds that, depending on the collection of the stars, saw their landscape and internal mechanisms change slightly. We also remind you that the opportunity to explore the different worlds again to collect stars or other, it was then also taken up in subsequent chapters.

Then see the good Mario blow up  (even with multiple turns) give punches and kicks, to swim, fly, do the slip and finally, speak expressing joy and / or pain, managed to immerse the player even more in that dream that is "Super Mario 64". Also thanks to the music by Kōji Kondō (he also composed the soundtrack of the various "Zeldas") who manage to paint all the different situations of their respective game worlds for an always pleasant result. 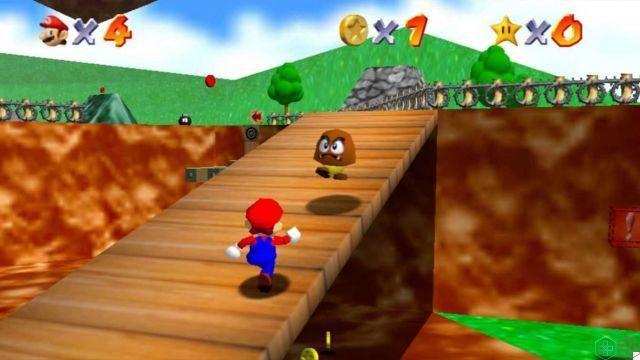 Perfect for those who have the "spirit of the collector", Both for those aiming at the 100% that for retrogaming fans, "Super Mario 64" is still available in its version for 3DS and in Nintendo Switch hat-trick (eye that will expire at the end of March) along with "Super Mario Sunshine" and "Super Mario Galaxy". Although they have passed more than twenty years, "Super Mario 64" is one of those titles that has made history and even just owning it in his own cartridge original is a source of joy seasoned with a pinch of nostalgia.

All in all it is still possible to find it both on the net (try to throw an eye on Instant Gaming maybe) but watch out that sometimes it could be for dizzying figures, together with a merchandising still nice in shape. Just think of the hats with wings (this time we are not talking about you good Cappy), the puppets, the surprises in the branded Kinder eggs and in the many covers of his soundtrack. 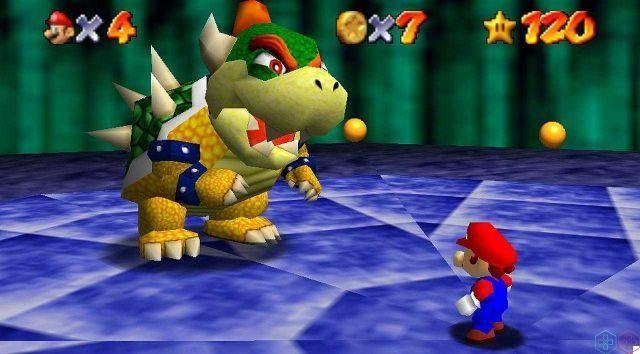 Retro gaming is never dead and titles like Super Mario 64 prove it! Dear Mario, you know how to do it thrill to your adventures. You do it too swear every now and then, but the game is worth the candle. Let us know what you think of this title, who of you has played it and who still keeps the cartridge as if it were (and probably is) a great treasure. We therefore look forward to seeing you next pearl of retrogaming always here, on techigames!