Resident Evil Resistance review: the multiplayer of RE 3

In this review we will tell you about Resident Evil: Resistance, the new Resident Evil multiplayer spinoff developed by NeoBards Entertainment

Resident Evil: Resistance is one asymmetrical multiplayer spinoff of Resident Evil developed not by Capcom, but rather from the Taiwanese software house NeoBards Entertainment. This title is sold together with Resident Evil 3 but despite this, they are very different games. We remind you that in this review we will be talking exclusively about Resident Evil: Resistance, so if you are interested in the remake of the third chapter we refer you to ours previous article.

In Residente Evil: Resistance four players they will have to try to escape from an Umbrella facility within a maximum time, while a fifth will try to hinder them. The four players on the run will play gods Survivors, while their antagonist will be the Mastermind, a senior member of Umbrella.

Survivors lack a lot of resources and are forced to rely primarily on team play. The Mastermind on the other hand, although the numbers are not on his side, has many tools to stop his opponents. The gameplay of this title it varies significantly based on which faction we are playing and for this reason we will analyze both separately. 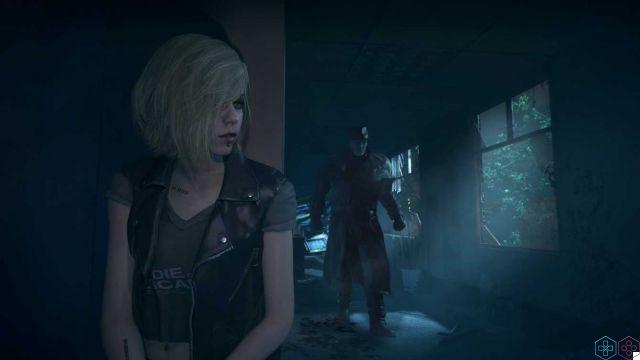 When playing on the Survivors faction, the gameplay base is almost identical to that of Resident Evil 3 remake, except for a few minor differences such as removing dodging and adding abilities. The survivors' goal is to get to the end of a large map divided into three areas before time runs out and to do so they will need to be able to open the exits of each zone by solving simple puzzles.


While solving the puzzles, players will be free to explore the area and collect items that are useful for their survival. There are many different resources, such as healing herbs or bullets, but the most important are the Credit Umbrella. These credits can be spent in special places located at the beginning of each area and will allow Survivors to get their hands on really powerful weapons.

During the exploration, however, players will have to be very careful of the traps of the Mastermind. Though it is possible to respawn, in case someone were to be landed or even killed the time limit will be drastically reduced, putting the whole team in difficulty. Fortunately, it is possible to recover a few extra seconds by completing some objectives, so it is not essential to be perfect in order to win a game. 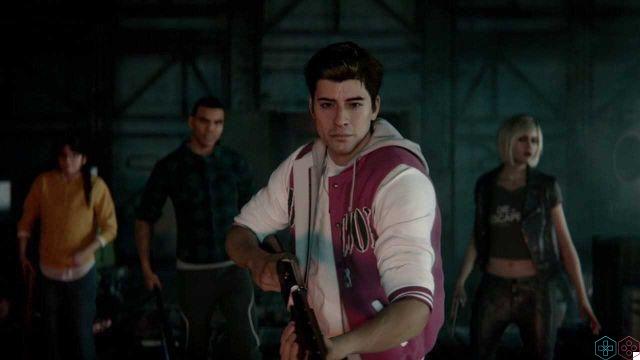 Unlike the survivors, the Mastermind is not physically present in the map but he will be able to interact with it through the surveillance cameras. Through these devices it is possible to lock doors, activate devices, turn off lights and, most importantly, use your own deck of cards. In fact, each Mastermind can play cards capable of performing a multitude of different effects, such as for example summon zombies or set traps.

According to its power, each card requires a certain energy cost to be played and the energy expended will recharge by itself simply by waiting. Furthermore, with the passage of time, the Mastermind will be able to obtain a special card capable of deploying a very powerful one bio-organic weapon that you can personally check. This terrifying monster will come straight from the past of the Resident Evil series and can take the form of creatures such as Mr. X e William Birkin. 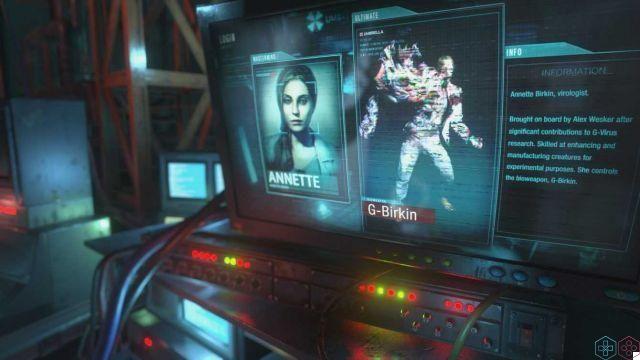 One of the greatest merits of this title is an abundance of different characters to choose from. In total they are available six Survivors and four Masterminds, and each of them will have unique characteristics. Survivors possess numerous active and passive skills that make them more or less suitable for performing certain tasks, such as defeating enemies, healing allies or damaging cameras. The Masterminds on the other hand have unique cards to fit into their decks, but the biggest difference is their bio-organic weapon, given that each of them will have an exclusive one.

The characters are all unique and different from each other, but the Survivors turn out to be enough anonymous and stereotyped as for the design. The Masterminds on the other hand are much more fascinating, given that they are leading figures of Umbrella already appeared in other main chapters of Resident Evil. 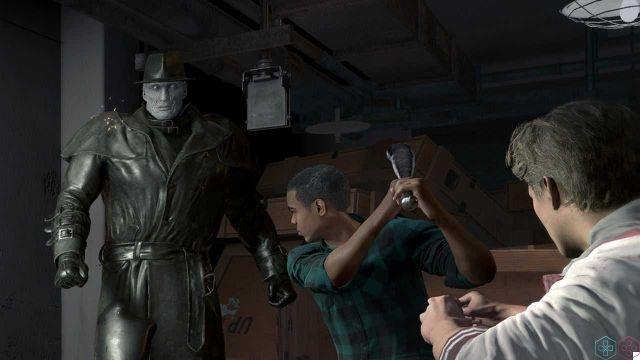 Resident Evil: Resistance in the first hours of the game is able to adequately entertain the players, but this does not necessarily last long. Each game will always play the same way and the only elements to change will be the maps and characters used. As we said earlier the characters are very varied, but unlike them the zones are not at all.

In the game they are only present four maps and even if they are set in quite different places their structure will always be very simple. Furthermore, there are no specific events for certain areas and in each location you will always find yourself accomplishing the same goals in the same order. As if that weren't enough then key objects they will only be able to appear in two or three different locations, so after a couple of play sessions you will be able to predict their location.


Because of this poor variety, after a while the game is likely to become quite monotonous and for a multiplayer title of this type it is a big problem. Of course with time new content may be released, but at present the risk of getting bored is very high. 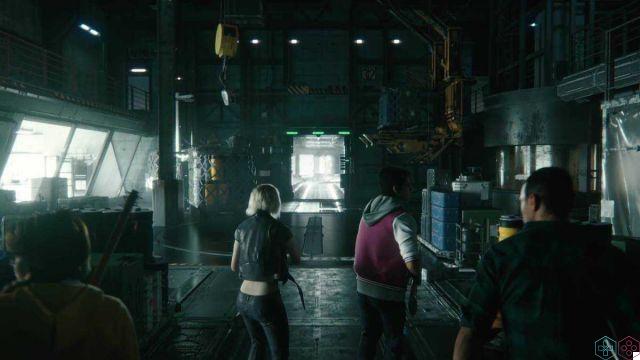 Resident Evil: Resistance is a good multiplayer title to get distracted with after finishing Resident Evil 3 Remake. Although in some moments it is a bit inaccurate due to the chaos of events, the Survivors gameplay is fun and it is even more so if you play with a good group of friends. In addition, the ability to impersonate some of the brand's historical creatures can appeal to many Resident Evil fans, making the Mastermind an interesting choice as well. If you have purchased Resident Evil 3 Remake, we advise you to give this spinoff a chance too.

Resident Evil: Resistance is available now on PC, PS4 and Xbox One. If you are interested in staying up to date with all the news on the world of video games and much more, then keep following us here on techigames.

add a comment of Resident Evil Resistance review: the multiplayer of RE 3