Finally between us, RAGE 2 had filled us with all sorts of expectations also thanks to the pre-launch campaign. Let's find out in the RAGE 2 review whether these expectations were disappointed or not!

What to ask of a title that looks like FFS and open world with two studios behind it like id Software and Avalanche Studios? Fun and madness! Will there be enough? Let's find out below in the RAGE 2 review!

You will find yourself in the midst of a disaster that no one expected: the return of the evil "Authority". In the role of Walker (male or female that is the name remains the same and only changes the physical appearance of the character) you will find yourself experiencing the collapse of Vineland under the blows of the powerful enemy. There will be only one source of salvation: retrieve the last Ranger armor from the devastated area and get in motion to stem the damage. We just lost the person who raised us, our aunt, and of course we will be looking for revenge. Authority certainly cannot have overcome it. After a very quick training we will go after some old acquaintances of our deceased aunt such as John Marshall, Loosum Hagar, Anton Kvasir.

The premises are many, it's a pity that everything gets lost along the way with really trivial quests that don't bring much to the real story. We will prepare for the final confrontation and we will go hard-nosed to clash with the authorities. Of the differently, in the Wasteland we will spend most of the time a "Distribute lead", talking to someone from time to time. In this story, what makes you turn up your nose, however, is not the banality of the same as the lack of emotionality of some dialogues: in English everything is better. After all, we were aware well before the release that the plot would not be the cornerstone of the title, so we come to the next point with a question: what does RAGE 2 offer in particular?

Well this is the real strong point of RAGE 2: a great FPS in a map that can be explored without limits immediately. A truly immense playground where you can spend an infinite number of hours making a mess. We will have immediately available vehicles to move, one of which is equipped with AI: Phoenix. We will also have upgrades for this vehicle available: as if an armored car with a machine gun were too little. The zones into which the game world is divided are 6, each characterized in a perfect way. The different areas are totally different on each front and represent a world of their own. Each of them holds different secrets, and some even of the cities. 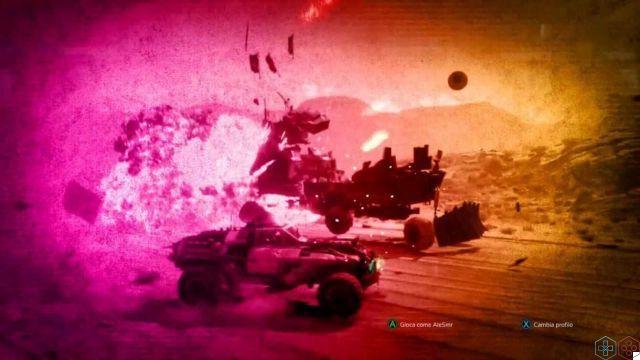 Exploring the map we could find different activities and many things to do, to the point that we can even think of spending time like this without ever focusing on the plot itself. In fact, simply by moving around the map we could run into many events, and the beauty is that these events will have an effect on our Devastated Zone. In any situation the Phoenix is ​​always the best choice, other vehicles are simply not up to it: motorbikes lack maneuverability, racing vehicles have no weapons and cannon armored vehicles are simply too slow.

Intriguing the gyrocopter, but too abusable to move quickly in the map, however, going to lose much of the fun that the title offers. We had a lot of fun because we didn't use it more than necessary!

A great FPS, even on consoles | RAGE 2 Review

We have tested the title in its Xbox version. We were genuinely afraid of what the shooting system with the pad could be like and we approached the title in a very biased way. We did wrong and had to change our minds during the RAGE 2 review. We found ourselves in front of one of the best fighting systems, so well designed that the absence of a mouse and keyboard is not weighed down. It shoots really well, and doing it is just too much fun. It is also possible to develop strategies during the fights and to find different ways to solve the situations in which we will be catapulted. 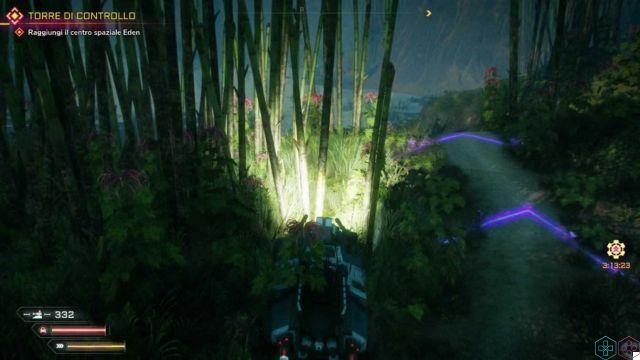 In total we will have eight weapons at our disposal, all different from each other and with unique characteristics, accessible either by wheel or by simply pressing a button. Really comfortable. By carrying out a series of eliminations, we will unlock the "Overload”Which will allow us to unlock additional fire modes (different for each weapon) allowing us to temporarily become stronger. At the lower difficulty levels it can be largely done without, while at the higher difficulty levels it will be a fundamental resource to be exploited in a rational way since it is a key mechanic in some battles. 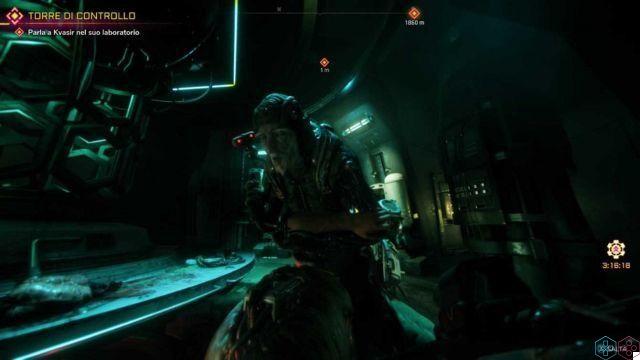 Different enemy factions present: Bullies, Boars, Shrouds and Mutants of authority. Each faction will have unique characteristics, and these will be managed with an AI that sometimes manages to surprise. We really liked the attention paid to the clashes, a little less the aesthetic variety of the enemies. The bosses, on the other hand, did not particularly impress us either for variety or for aesthetic care. It will be enough to understand how the boss moves to have an easy time against him. Nice presence of "cheats" in game, which make the gaming experience even more fun! Be careful though, using them will not unlock the trophies.

While our test was done on Xbox One S, RAGE 2's level of detail and care really caught us off guard. Apex Engine is once again confirmed as one of the best graphics engines currently available. The amount of detail on the screen during the clashes and remarkable, the explosions well cared for. Seeing enemies jump after our shots is really satisfying. In all of this there are no frame rate drops, freezes, or game crashes: the experience always remains fluid. The level design of the closed places turns out to be very convincing and able to highlight the strengths of the combat system. 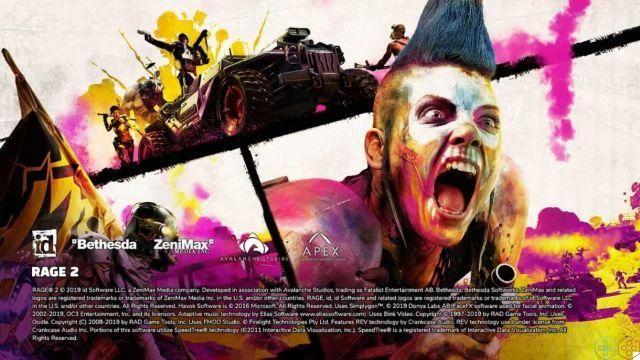 Our console experience has been very positive, certainly the best FPS experience we've had on our hands in the last year or so. Congratulations to id Software ed Avalanche Studios for the excellent supervision work carried out from this point of view!

Fun and madness, a good combination

Time to take stock for this RAGE 2 review. If you are looking for a deep story title, RAGE 2 is not what you are looking for. If, on the other hand, you want a title to have fun in your free time, well it is the right choice. We are not in front of a perfect title, let's be clear, but we have a solid title that in its simplicity, thanks to a few touches of madness, manages to entertain more than you might think!

Don't waste any more time: RAGE 2 awaits you with one of the funniest videogame experiences of this 2019!

add a comment of RAGE 2 review: fun and madness