A concentration of love towards the 90s, simple and essential in its construction. Here is the Project Warlock review

In the video game industry, especially in this period, there is a tendency to look to the future and innovation. This is certainly a very good thing, but it is always important to have the story in mind which brought video games to what they are right now. Project Warlock is just a look into the past, to the golden years of FPS development, which pays homage to all those games that have thrilled an entire generation.

But will Buckshot Software have managed to make a title so anchored to the styles of the past fresh and usable nowadays? Let's find out in this Project Warlock review. 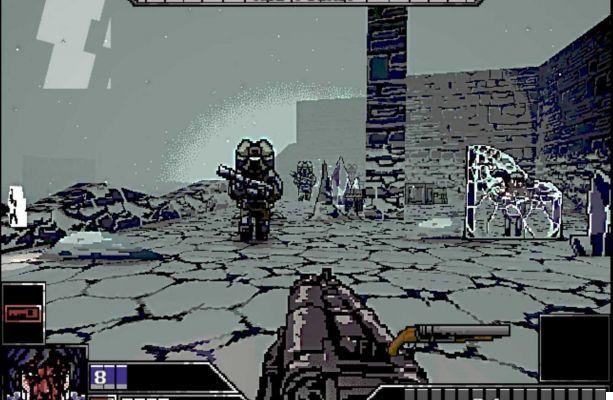 Before talking about the game it is interesting to go and tell who is behind the creation of Project Warlock. Behind the software house Buckshot Software a single person is hiding. It is a game inspired by the FPS of the past, and this could suggest that it is therefore a nostalgic of a bygone era. This is not the case, the developer in question indeed is Jakub Cislo, a young boy who created Project Warlock during his high school years.

It is with this spirit that we approach Project Warlock, with the eyes of someone who hasn't experienced the era of DOOM, Hexen and Wolfenstein 3D firsthand, but who deeply loves what are the foundations of one of the most popular genres today. But let's go back to us and go into the details of what Jakub Cislo's game offers. In fact, after 2 years from the release on PC, finally Project Warlock has also arrived on consoles these days (the version tested is the one on PS4 base). 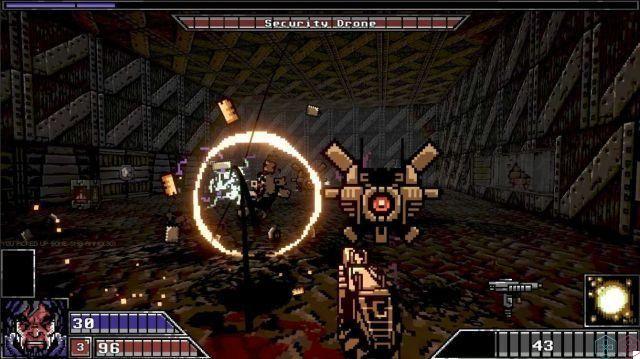 The plot? What is it, we eat? - Project Warlock review

We have a first person shooter in front of us. The environment is completely 3D and you can move freely inside it, while the enemies, objects (both destructible ones and ammunition) are 2D sprites. The player's goal is to get there you live at the end of the level while a considerable amount of monsters and demons of all sorts are reduced to pulp. We will have a limited amount of lives available, once you get to zero it will be game over and you will need to start over.

As in the most classic of FPS, life does not regenerate, but it will be possible to recover it through special resources. The plot is really superfluous in a title like this. All you need to know is that the protagonist is a warlock and has a great desire to make a massacre of demons with his vast arsenal of weapons. This is enough to give you a motivation for what you are doing. 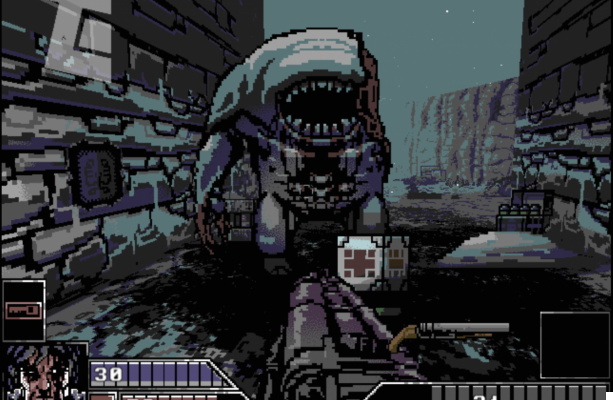 They fit into this rather traditional context a whole small series of relevant innovations. By latching on to a more current style, the various weapons available have one pink of the strokes which makes them more or less precise depending on what we are using. This not only gives a more realistic feel, but helps to bring about a very specific character to each weapon. There is also no lack of typical role-playing contaminations.

Being a warlock, you will be able to use unlockable spells in the central hub. Each weapon can be upgraded in two variants and skill points allow you to acquire passive skills. Not to mention the presence of four different statistics which will be enhanced with increasing levels. Typically, in a normal run, you don't get to unlock all spells and abilities. All this, combined with the choice of weapon variants, gives the possibility to create your own build that best suits the player's style, also encouraging overall replayability. 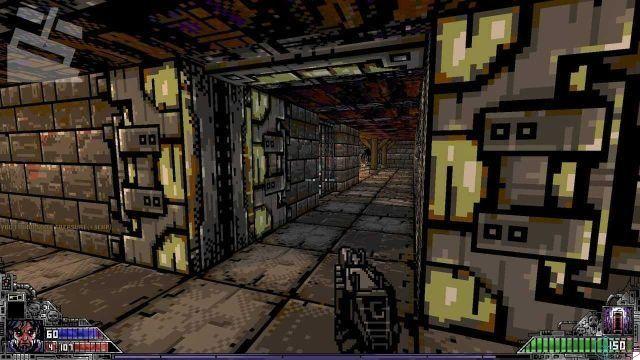 Around the World to Hell - Project Warlock Review

In everything they are present 5 areas, which are composed of several levels which in turn are divided into different sections. It goes from the classic dungeons to a descent into the underworld with one good variety of environments and enemies. The level design is also well taken care of, always different and with a quality that always remains good from start to finish. The levels are intricate, even at times a bit labyrinthine, but not too extensive. In fact, it is possible to finish each section in a few minutes, favoring even short but intense game sessions.

The exploration of the maps is encouraged by a large number of secrets, they will provide quick extra or some shortcuts to finish the levels in no time. The overall difficulty of the game is obviously set upwards. Jakub made available 4 difficulties, from the first in which you have infinite lives to the last with only one life and more powerful enemies for a real challenge to the edge of madness. 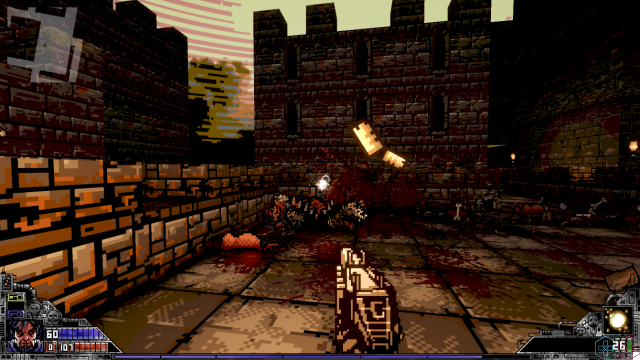 The graphic style is obviously retro and recalls the classics of the genre. They are present though an incredible amount of graphics options that will allow you to customize what you see on the screen as you wish. From simple sharpness to the filters to be applied to simulate the effects of a cathode ray tube. The care taken in this aspect is extraordinary, in a few minutes you will feel like you are playing with the Commodore 64, and then switch to a Game Boy.

The game runs in a way very fluid also given the rather low level of detail. In this way, the dynamism of the game is increased without compromise. The only sore point is the soundtrack, that alternates really well-chosen pieces with others that are less successful. 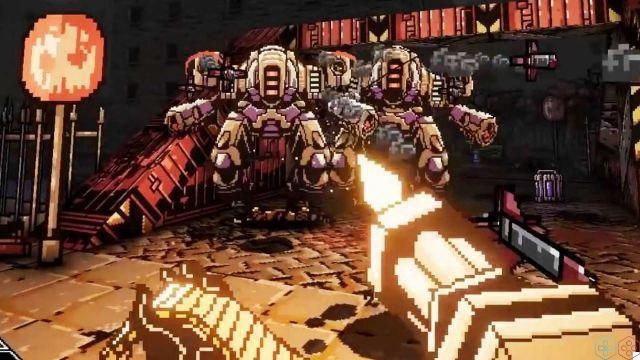 The origins of the genre

The fast, responsive and dynamic firefights, combined with a high level of difficulty will give you great satisfactions. Variety is ensured from narrow, labyrinthine corridors to open field combat. The short levels are well suited to very fast games, nonetheless the presence of the game over at the end of the lives will ensure that the concentration is always high. The game over also leads players to a careful exploration in search of secrets, which will reward you with resources that are nothing short of fundamental to move forward.

in short if you want an adrenaline-pumping challenge, Project Warlock is the one for you. This is not a game that reflects the modern dynamics of FPS, but it may perhaps bring someone closer to the historical games that built the foundations of the genre. Our Project Warlock review ends here. We remind you that the game is now available on PC, PS4, Xbox One and Nintendo Switch. Keep following us on the techigames pages for more reviews and much more from the world of video games and more!

add a comment of Project Warlock review: do demons fear death too?