In this Project Cars 3 review we will discover an evolution of a game that aims at the masses while forgetting its roots. The choice while remaining a lot of fun will make fans of the saga turn up their noses. Goodbye to fuel consumption, and consequently to the various strategies linked to Pit Stops, goodbye to tire wear and tire temperatures.

In short words, a whole new game is on the horizon. A fun title suitable for everyone but at what price? Find out in ours Project Cars 3 review!

In this new chapter we will face multiple challenges with different cars and categories. The evolution of one's career is closely linked to cars. As it is obvious to guess, we will start with basic level cars and then move up in category and always have new and more performing ones.

In order to progress in the various categories it will be simply necessary to acquire experience points. In order to obtain these points it will be necessary to compete in more mini leagues typically composed of compound races two or three laps. In addition, we will be given the opportunity to participate in special events in order to collect more points and money.

The cars if well divided into power by category are extremely (and very simply) modifiable. In this way, even a "road" car could soon become a racing car that does not fear comparisons with much more noble cars. In this way, even with a simple Honda Civic Type R it is possible to complete the career by competing from the first to the last category. In this way you are going to lose a little the desire to try other cars. By doing so, tuning proves to be the real focus of the campaign. 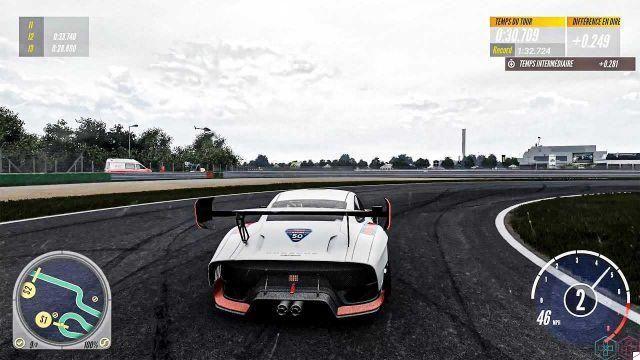 Is it pointless to change cars? - Project Cars 3 review

Although there are several elements that can entertain the player, the monotony and the feeling that in each car there is the only difference in the bodywork it quickly diminishes the desire to constantly change the vehicle to improve one's performance on the track.

In addition to the career, daily, weekly and monthly events and custom challenges are joined. For the latter modality there is a further simplification compared to the previous versions of the title.

Obviously we also find a multiplayer sector that offers the possibility of competing on the track against other players or allows us to climb the world rankings trying to improve track times. As in Gran Turismo there are two types of ratings assigned to the driver. The first is linked to sportsmanship on the track and the second is linked to driving style.

The title as a whole really offers an infinity of hours and modes. 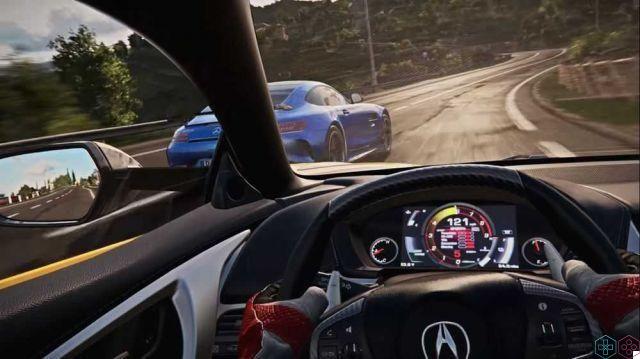 In this new chapter, the game welcomes us by putting us immediately behind the wheel. An initial race full of news and which immediately sets the record straight! Project Cars 3 says goodbye to thoughtful and measured driving, giving space to skidding curves and braking to the limit. If in the previous chapters it was necessary to set a careful and measured driving model in this new version it will not be a problem to forget about a curve on the third lap of the track.

Even during the final lap it will be possible to recover some positions (and probably win the race) giving gas even where it would have been prohibitive to do so.

The new driving system offers the possibility even to newbies of the genre enjoy every lap of the track. By doing so, you can easily (now more than ever) enjoy the title even using a pad. For our part, we also tried the title with a steering wheel that, despite everything, gave us back some pleasant sensations.

The title in question then transforms its strictly simulation side into an arcade game easily assimilated and suitable for a wider audience. Fun is guaranteed even if you have (perhaps) gone down too many compromises.

Fun without a doubt remains the dynamic weather which adds "a little spice" to the races. Even in this case, however, it could have been done better. Time really changes too suddenly, almost unnaturally. As for artificial intelligence, it seems to have taken a big step backwards. Overly aggressive opponents will often come at you unnecessarily and possibly ruining the driving experience. 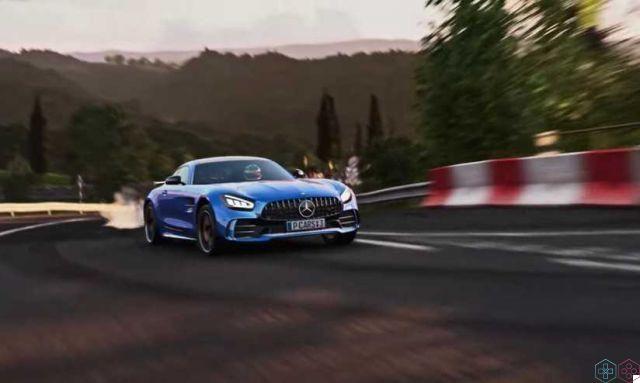 If the car models are really well made, the same cannot be said of the cockpits. Even when you change cars, you never get the feeling that you have really done it if you take advantage of the view inside the passenger compartment. The same unfortunately can also be seen in the effects of light or in the effects dictated by the weather.

A direct confrontation with Project Cars 2 would make it come out with broken bones this last chapter. At least if we are talking about the pure technical side.

Our PC test really left us with a bitter taste. On the technical side, despite the high frame rate, hardly anything else remains positive for the eyes. 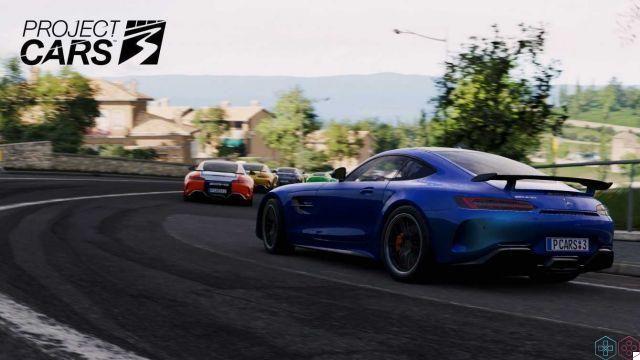 In conclusion Project Cars 3 it is not able to maintain the glories of the previous chapters in technical terms, it turns out much more arcade and despite the large number of modes it is not completely convincing. However, it remains a fun and layered title.

The choice to switch to a less simulated version may or may not like it but the big shortcomings in technical terms are really unthinkable.

add a comment of Project Cars 3 review: an arcade frenzy