As the official release of the new “Pokémon: Detective Pikachu” movie approaches, the franchise's car begins to move with lots of cool gadgets for fans. These include the new Pokémon TCG card collection

The film "Pokémon: Detective Pikachu”Is certainly an absolute novelty in the history of the Pokèmon brand: thanks to the development of CGI animation finally the pocket monsters enter the real world with the first live action film dedicated to them. The plot of the new film also departs from the classic canons we have been accustomed to from Pokémon-themed cartoons and animated films, offering an adventure outside the box:

The story begins Harry Goodman mysteriously disappears and helping in the investigation is Harry's ex-partner, Pokemon Detective Pikachu: an exaggeratedly wise and exuberant adorable super-investigator who continually surprises even himself. Along with Pikachu is Tim, who becomes partner of the Pokemon after some perplexities, embarking on an electrifying adventure, a journey into a very intricate mystery. In a metropolis where humans and Pokémon coexist and in a hyper-realistic world of action, the two meet different Pokémon and discover shocking events that could destroy the peaceful coexistence between the two worlds and threaten the entire Pokémon universe.

The film will be released in theaters on8 Maggio 2019 and, after watching the launch trailers and being shocked by the voice acting of Pikachu going from an innocent "Pika pika!" to the persuasive and provocative voice of Ryan Reynolds, the hype around this film product has grown to a thousand. To sweeten the expectation of the fans, however, comes the new expansion of the TCG completely inspired by the film "Pokémon: Detective Pikachu". (Detective Pikachu Trailer)

Following the latest hit trailer for "Pokémon: Detective Pikachu", The Pokémon Company International has unveiled the remaining main cards of the Pokémon Trading Card Game (TCG) to celebrate the release of the film. Fans will be able to get a first glimpse of their favorite Pokémon like Bulbasaur and Charmander and special extras in the new movie trailer including Ludicolo and Mewtwo.


Plus, a brand new Detective Pikachu card will showcase another film-inspired look. The cards will feature all Pokémon in their CGI version and will be available for sale starting in March 29 in Europe in a unique Detective Pikachu themed collection. Although these cards complement the expansion of 18 themed books, Pokemon.com will reveal more in special and promotional formats to celebrate the movie and how to get them over the next few weeks.

The cards that will represent the Pokémon as in the movie will be 25, Between expansion and promotional cards. New Detective Pikachu Pokémon TCG cards revealed include:

The main novelty of this new expansion lies in the graphic style, inspired by the models of Pokémon made in CGI for the film. The cards of the new expansion will therefore be characterized by a style that will make them unique within the TCG. They will also be available some promotional brochures including various gadgets in addition to promotional cards: 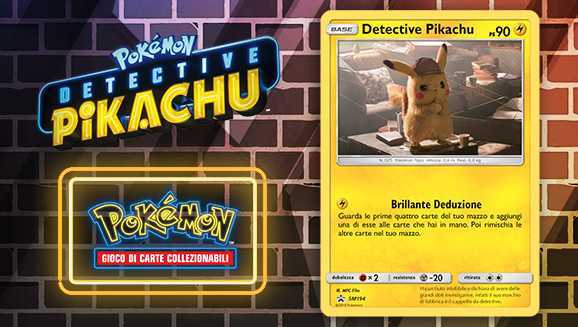 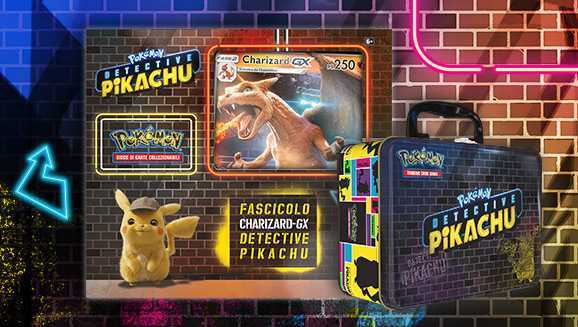 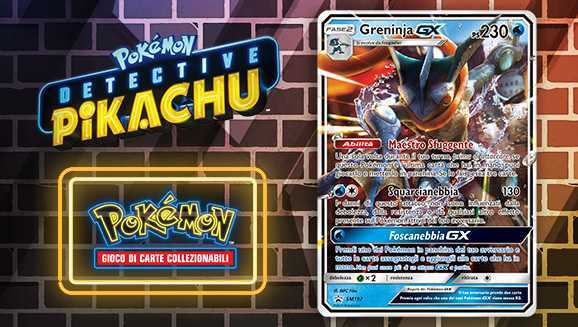 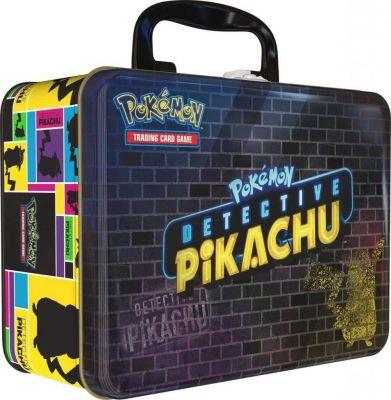 Many exclusive gadgets that will appeal to many fans of the brand. In addition to the cards, there will also be many other products: Wicked Cool Toys will produce a series of action figure, plush (including a talking Pikachu detective) e toys inspired by the movie. Appointment in cinemas all over the world then! Keep following our section dedicated to board games.

Classifying board games: our guide ❯