Planet Zoo Review: Heaven for the animals, hell for us

In this review we will talk about Planet Zoo, a simulation management software developed by the creators of the likes of Planet Coaster and Zoo Tycoon

Planet Zoo is the latest title developed by Frontier Developments, creators of the much loved RollerCoaster Tycoon 3 as well as many other famous titles. The game is a simulation management in which we will have to create our zoo and make it thrive, monitoring not only the animals, but also every other aspect of the park.

So many ways to start

At the start of the game, after a short and simple creation of our avatar, we will immediately find ourselves in the main menu ready to choose a mode. The title presents four main modes: Career, Sandbox, Challenge and Franchise. In Career mode we will take over the management of ready-made zoos and we will have to complete different objectives for each mission, such as obtaining a certain number of species or increasing the satisfaction of the animals. This mode is the most suitable for newbies, as it presents various tutorials to help understand the mechanics of the game. Here, however, one of the first problems of Planet Zoo arises, that is, that the tutorials explain only the first basics of the game and they do it very quickly, but we will talk about this in detail later.

The mode Sandbox it is typical of every management system and allows you to create your own park using customized settings, while the challenge mode will propose different challenges to be completed. Franchising, on the other hand, is a very special way, given that the animal market is here fully managed by online players, which determine prices and offers. 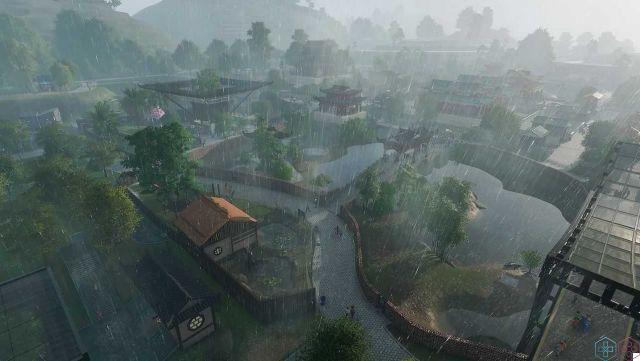 Create the Zoo of Your Dreams - Planet Zoo Review

For those who have played titles like Planet Coaster this will not be new, but our park will be fully customizable in every aspect. We will be able to decide the theme of the setting, the type of road, the inclination, the positioning of the lights, the decorations, and so on and so forth. Even the basic structures of the park such as shops and staff buildings they can be built from scratch. The most creative players will be able to unleash their imagination with these constructions and will also be able to share them online, thus allowing all members of the community to use them.

This extreme customization of the park also has a cost, however, since the tool that will allow us to modify the elements is very crude. The ability to create intricate structures for the park and animals is there, but it requires a lot of patience and it may not be within everyone's reach. 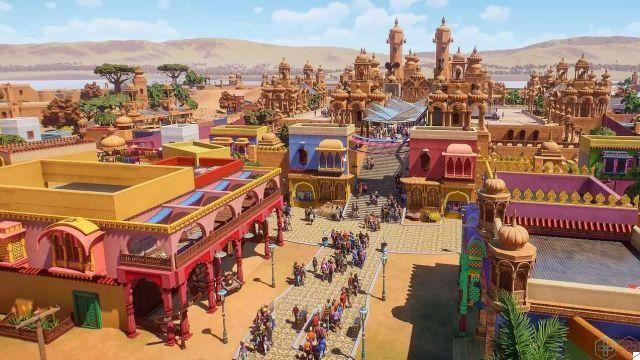 The Fundamentals of the Park - Planet Zoo Review

To make our Zoo work at its best, we need some basic and employee structures. Employees are divided into six different duties: veterinarians, mechanics, security, attendants, shopkeepers and caretakers. Veterinarians will take care of keeping the animals' health under control, treating them from injuries and diseases, but they will also have to do research medical. The mechanics also do the research, but they mainly study new structures and improvements for the park, on top of that they are obviously in charge of repairs.

Security instead takes care of keeping visitors under control, to prevent them from causing problems to animals and to simplify their work we can also place information signs. The attendants take care of the cleaning of the park and the shopkeepers simply manage the various shops dedicated to visitors. Finally, there are the caretakers, the real backbone of the park, as they will take care of most of the animals' needs, such as food and water.

All our employees will need to perform their duties dedicated facilities such as veterinary clinics, research centers and accommodation. All these structures will also need to be connected to the power grid, but fortunately in Planet Zoo electricity is managed quite simply through generators. 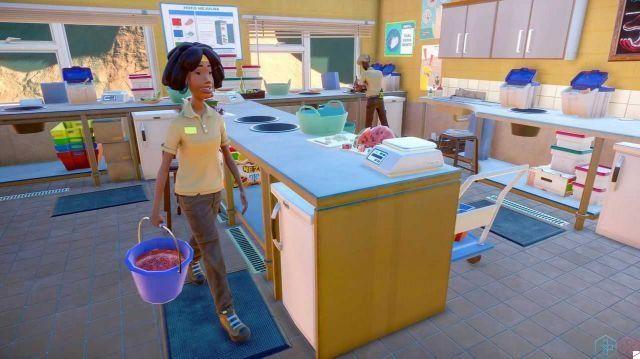 The Joys and Sorrows of Raising Animals - Planet Zoo Review

Animals are obviously the main focus of the game, as they will be the main attraction of our park. In Planet Zoo the animals have been rendered to perfection, both in terms of their appearance and behavior. In the game we will be able to adopt many animals to display in our enclosures, but also numerous insects and reptiles to be exhibited inside display cases. The habitats of our species are also highly customizable, as we will be able to add toys, vegetation, shelters, backgrounds and much more.

But raising animals isn't always plain sailing, given that if they are not completely satisfied they will start causing problems. The well-being of an animal is measured by many parameters, such as the population of an enclosure, the type of soil, the type of food, privacy, temperature and many other factors. If our furry friends are unhappy they may try to escape, or get aggressive, causing big losses to the park. As if that were not enough, even keeping the welfare of animals under control, many other problems can also occur, for example excessive births they could make a fence too crowded, increasing the risk of disease and violent incidents. 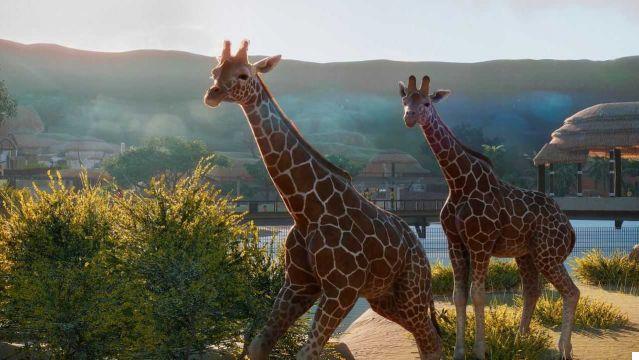 Planet Zoo is quite a title difficult for newbies, given the abundance of content and functions, but the situation is also made worse by the tutorials. As we have already mentioned in the first paragraph, the tutorials of the game only cover the basic mechanics and do not delve into more important elements. To make learning even more tiring are added the dialogues of the NPCs, who will fill our heads with boring and useless chatter to explain us how to do a simple action.

In addition to the lack of preparation, we will also have to deal with one lack of information. Very often notifications will let us know that there is a problem in the enclosure of some animal, but will not specify which one. This will complicate things even more since we will have to go to intuition and try to understand what is wrong, spending time and resources. 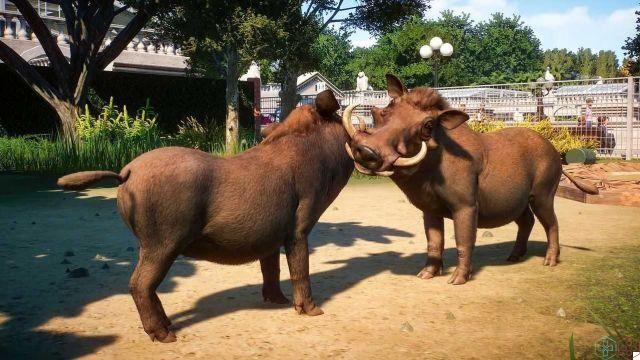 From a graphic point of view the game is very pleasant, the setting is very detailed and the animals are made with extreme care. The title, however, will make your hardware suffer a lot if you do not have a very performing PC. The game in particular weighs heavily on the CPU, and keeping FPS stable on a mid-range PC could be a problem.

Are also present some annoying bugs, especially when it comes to employee AI. Very often the keepers could get stuck inside the enclosures or in some rocks, risking to leave the animals without provisions, or they could end up circling their destination without ever reaching it in case the roads are a little more intricate than normal. 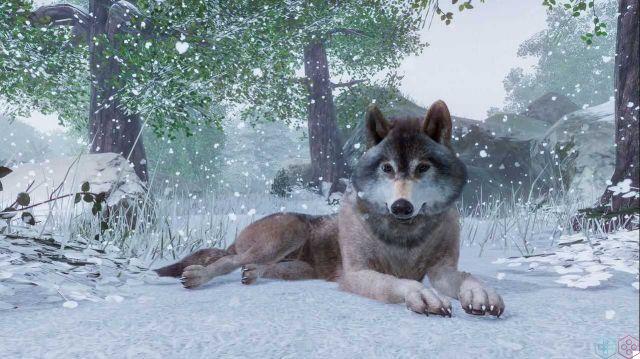 The title is a excellent simulation management, but it is excessively complicated and stressful In many cases. This could discourage newcomers to the genre and even those who normally play simpler management systems. The constant tension caused by the needs of the animals keeps the player always alert, but over time the lack of rest can be too frustrating. Planet Zoo it is not suitable for everyone, but it remains an excellent title, capable of giving a lot of satisfaction to players who will be able to overcome the first hours of play without giving up.

Planet Zoo is developed and published by Frontier Developments and is now available for PC on Steam. If you found this review useful and want to stay updated on all the news regarding this title and much more, keep following us here on techigames.

7.5 not suitable for everyone

Pokémon Review: Let's Go Pikachu! Back to Kanto thanks to Nintendo Switch ❯

add a comment of Planet Zoo Review: Heaven for the animals, hell for us