Persona 5 Royal Review: The Return of the Masterpiece

Persona 5 and the Phantom Thieves are back, dusted off and polished as only Atlus can do, let's find out with this review if the Royal version is worth buying

The individual is often a mirror of the society in which he lives. Never as in this period have we been able to admire humanity in its entirety, in its most peculiar characteristics. It is in the moment of the problem, of the disaster, of the adversity that man shows himself for what he really is. And unfortunately, too often this true essence is the furthest from the right and the right one can imagine.

Scammers, spies, criminals, profiteers. They are everywhere, around us, and each of us will have the misfortune to meet someone. However, we must not forget that not everything is rotten. We must also not forget that the rotten can be healed. Be it with good or bad manners. Persona 5 is a title released in 2017 by an Atlus in great shape.

Already acclaimed at the time as a great title, although not free from some small flaws, the turn-based JRPG made in Atlus made many rediscover the magic of old school mechanics, rejuvenating them and making them absolutely fascinating even for the new generation. As per tradition, the company decided a few years later to take the title back in hand and expand it with new mechanics, new characters and new plot implications. Welcome to Persona 5 Royal review, Atlus' absolute masterpiece. 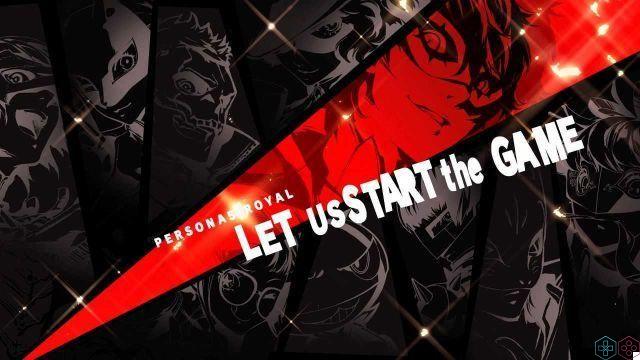 More than two years later, returning to the role of Joker is very strange. Surely Atlus could have released the Royal version as a full-bodied DLC at a reduced price, we can't blame you. However, we assure you that Persona 5 Royal is worth the full price of the ticket, and the company is well aware of this. Thus, as done for the FES and Golden versions of the previous chapters, Persona 5 returns in all its glory.


The basics of the plot are practically the same, as is its actual development. Our path, however, is dotted with many tricks both in terms of script, and in terms of gameplay that have made the adventure extremely engaging and fun also for those who, like the writer, have already had the pleasure of living and maybe even platinating the original title. 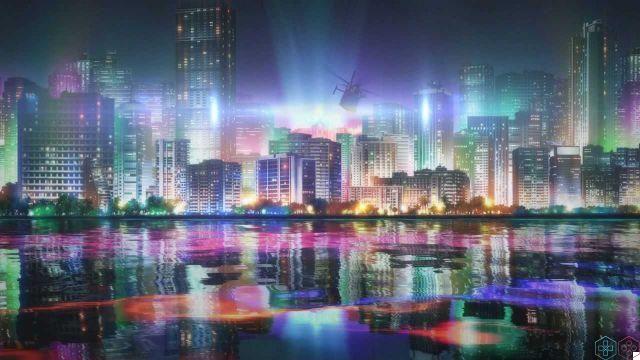 Life will change - Persona 5 Royal review: the return of the Masterpiece

We will therefore be called again to take on the role of anonymous student of the Shujin Academy, busy, in his spare time, to awaken the corrupt hearts of all the wicked he will meet in his path, whether they are lustful professors, vain artists, greedy mobsters or who knows what else. We will not reveal practically anything about the plot, full of twists and plot twists. Compared to the basic version of the title, Persona 5 Royal inserts a new semester at the end of the original, with a new enemy and the "real ending" conceived by Atlus.

To expand the implications of the plot there are not only the final additional months, but also two new Confidants: Maruki, the school counselor, and Kasumi, the first year student and new Ladra that we have already been able to admire in all its glory in the presentation trailers.

Here too, we do not want to reveal to you either what role they will play or how they will fit into the original Persona 5 plot, we can only tell you that Atlus has been a master in not upsetting anything at all. All that has been brought in is only wealth. 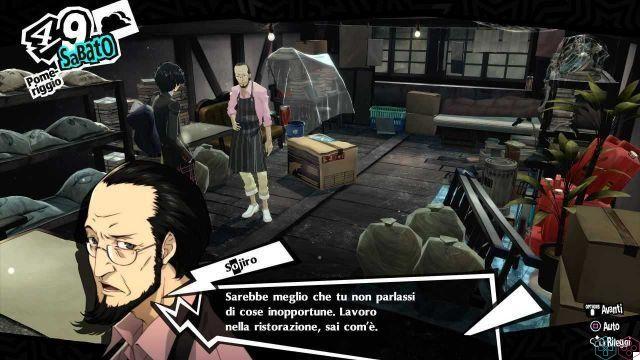 Wake up, get up, get out there - Persona 5 Royal review: the return of the Masterpiece

The most varied is certainly the gameplay, enriched by a myriad of mechanics that at first glance may seem minor, but that added up make the gaming experience even more satisfying than the original. Let's admit that achieving such a goal was somewhat difficult, considering how damn fun it was back in 2017 Persona 5. The first addition that catches the eye is the Grapple, that we will take advantage of in the first few minutes of the game, and that adds exploration and combat possibilities. It will be quite useful, for example, to ambush enemies from further away.

The grapple will also be indispensable when we go in search of Seeds of Greed, another addition from Royal. In the exploration of the palaces we will have to find three very particular doors that lead to a room with a pedestal, above which we will be able to find precisely the Seeds of Greed. If we collect all three of them we can then bring them as a gift to Jose to transform them into very powerful accessories. Wait, Jose? 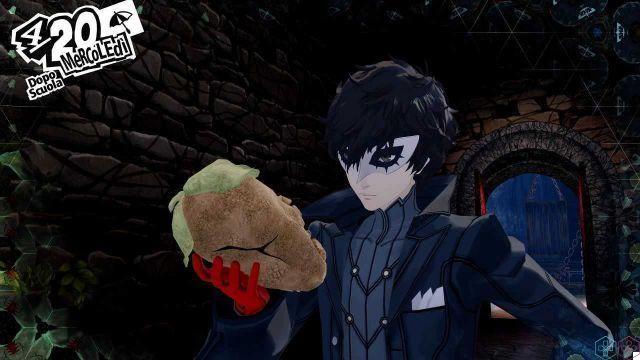 The poem of everyone's souls - Persona 5 Royal review: the return of the Masterpiece

Jose is a mysterious child, new secondary added to Royal, whom we will meet very often by going to the Memento. They too have been profoundly modified in the mechanics. It will in fact be possible to collect flowers and stamps in the exploration of the labyrinths, which can then be exchanged with Jose for particular objects and to make changes to the knowledge of the Mementos. The latter will allow us to increase the experience points, the objects and the money obtained by defeating the various monsters, but only and exclusively for what concerns the Mementos.

Also changed the bossfights, during which now our enemies will have from their new moves and new game mechanics to exploit to take us out. These additions, however, do not have much impact on the difficulty, which at normal levels is always too low, but they simply have a great impact on the spectacle. Furthermore, during the exploration phases, we will be able to meet significantly different and stronger Shadows which, if killed, will explode and cause significant damage to other enemies. 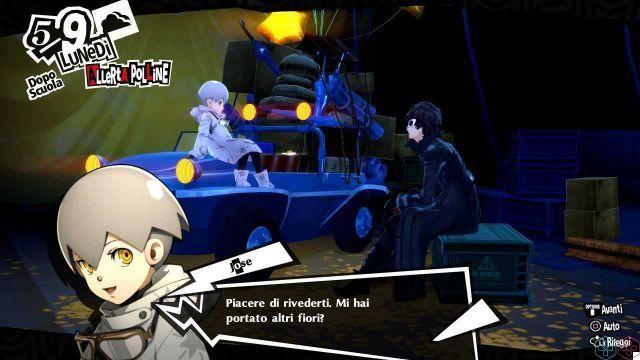 King, queen and slave - Persona 5 Royal review: the return of the Masterpiece

Pastimes have also expanded, with a whole new neighborhood to explore and ways to spend time alone or with our confidants. Between billiards and darts, incense, jazz bars, temples and so on and so forth, your possibilities will be practically endless. Two, however, were the changes that were most requested by fans.

The first is certainly that of firearms bullets, which now recharge automatically at the end of each fight and no longer when exiting the Palace. The second concerns the pastimes. In the original, exploring a palace or the Mementos precluded any evening activity. Now Caffè Leblanc is so full of things to do every night that, even if you can't go out, surely you will find a way to advance the rank of a Confidant or increase a Social Dowry.

Also added an interesting mode, called in Spanish "The den of thieves", a virtual space in which it is possible to spend virtual money to obtain videos, images and everything related to the adventure of our Phantom Thieves. The coin can be obtained by reaching certain "objectives" during the game or, even better, by playing Canasta right in the den. If you wanted an additional way to spend hours in Persona 5, you've found it. 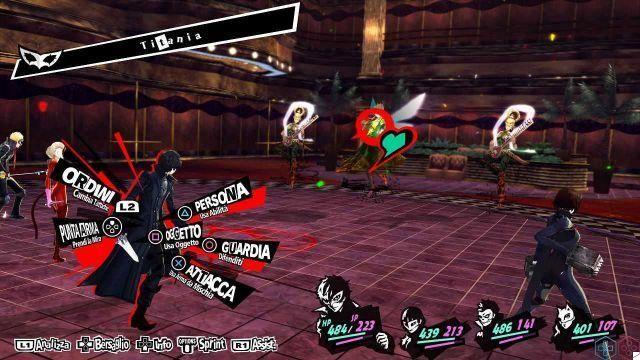 Collapse of lust - Persona 5 Royal review: the return of the Masterpiece

Continuing to list Persona 5 Royal enhancements could lead to this review being redundant. If you open a wiki you will find the complete list and we would also like to leave some surprises for the veterans. Called out and wanted by the crowd, Spanish subtitles have finally been introduced which, although generally good, made us turn up our noses due to some choice of location.

Technically speaking, Persona 5 Royal has certainly been improved over the original title, which we remember being a cross-gen game. Persona 5 Dancing models in Starlight were used, for this reason they will generally be sharper and more detailed. Introduced, on the PS4 Pro version of the game, also the resolution in 4K 30 Fps, which gives a good glance, with a definitely stable Frame Rate, although we would have hoped for a little more.

Great animations and practically perfect Japanese dubbing (even if the English one knows how to defend and how) will give that feeling of immersion and empathy that can hardly be experienced in such a "Japanese" title. 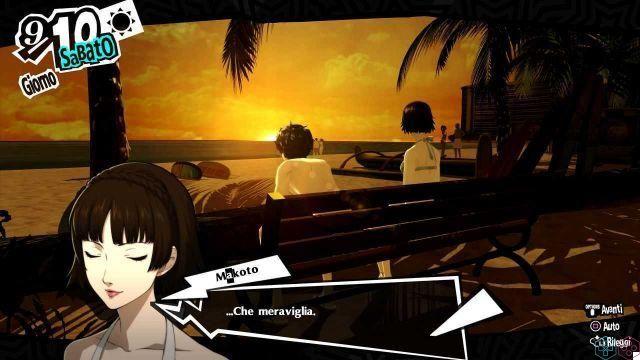 A river in the desert

Do we therefore recommend the purchase of Persona 5 Royal? Yes, absolutely yes. The perfect combination of a turn-based JRPG, with long phases of exploration, fights, statistics, equipment and the life of a "normal" Japanese student, including exams, going out with friends and love. A story to discover, but also to live. You will not be passive spectators of an adventure experienced by others, but proponents and creators of the way of living that same adventure.

So decide when to study for an exam, when to advance the knowledge of your Confidant, when to stay at home to read a book or go to the Maid Cafe in Akihabara. You decide how to live your life as a Phantom Thief. Oops, from Phantom Thief!

add a comment of Persona 5 Royal Review: The Return of the Masterpiece