We had the enormous pleasure of previewing Panoptic, a peculiar hide and seek for VR playable in both PvP and PvE and this is our review

Panoptic is an asymmetrical VR game, playable 1v1 against both a friend and AI. The game, basically based on half between the idea of ​​hide and seek and that of the flag-stealer, sees the players impersonate either the imposing Overseer, a sentry whose goal is to destroy the impostor hidden among the "beings" that populate the game world, or one of the latter, with the aim of destroying the sources of energy of the sentry. Let's find out together Panoptic in our review!

The fable of Panoptes

The game, born during the InnoGames Jam during the Gamescom of 2016 and winner on that occasion of three awards (Main Prize, Best VR Game, and Best Game Feel), immediately met with great consensus, albeit in a primitive form and still to be improved. Given the success of the game, Valve immediately granted the development team an HTC Vive headset to continue developing the game and improving it.

After a good number of presentations, having confirmed the validity of the title, the Panoptes team decided to take things to another level. Thus, starting in 2017, the development team was expanded to continue working on the title with the aim of improving it as much as possible. From 8 October the game has finally been made available on Steam. Will he have convinced us? Let's find out together in this Panoptic review! 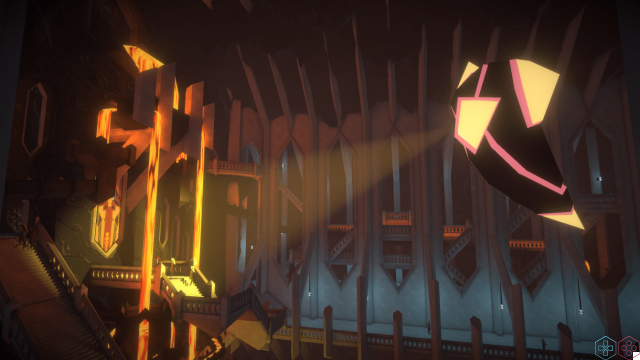 One in a thousand makes it - Panoptic review: mimesis or death!

As mentioned, Panoptic is an asymmetrical VR game playable both in local multiplayer and against computer artificial intelligence. The focal point of the game is halfway between hide-and-seek and flag-stealing, but in a very special guise. The basic idea is to play either in the role of the powerful Orwellian sentinel called "Overseer", or in the role of a small impostor.. As the sentinel, the aim is to eliminate the little impostor hidden among dozens of his aliases before he destroys all of the guardian's energy sources. On the contrary, playing as the little creature, it will be necessary blend in with one's fellow men for movements and behavior, to reach the energy sources of the Overseer undisturbed and destroy them until reaching victory.


It must be said that the game works in its simplicity. Wearing the helmet and starting the game it is clear that Panoptic is not based on crazy gameplay or completely revolutionary choices, but on a winning reinterpretation. Anyway, let's go step by step.

Playing Panoptic, the duality of the opposition is immediately clear god / man that characterizes the whole game. In fact, impersonating the small creature in first person, you can not help but hide and act in the shadows to defeat the almighty Overseer. On the contrary, playing as the sentry, you are equipped with a kind of laser sight that instantly incinerates the occupants of the map. While this setting may seem unbalanced in gameplay, the large number of characters allows the imposter to blend properly, making things far from simple for the watchful eye of the Overseer.

The sources of energy that the impostor must destroy to defeat the colossus have the function of a sort of torch. Whenever they are destroyed, some vision is taken away from the guardian, which will have to grope in the dark. This makes each game extremely balanced and with a far from obvious outcome, making Panoptic enjoyable in both the role of the characters. 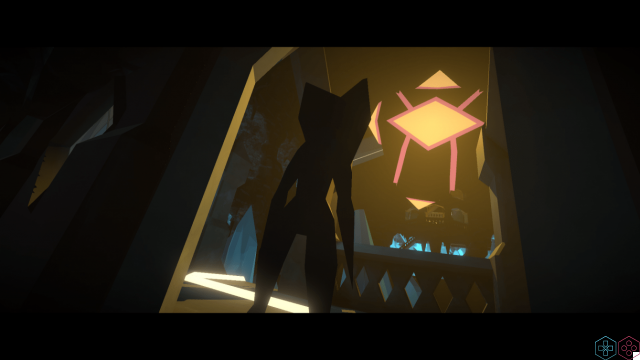 Now let's move on to Panoptic's strong point: the aesthetic sector. The aesthetic choices of the game are simple but extremely functional and enjoyable, in full line with the game. The map, structured as a sort of huge labyrinth on several levels made up of stairs and corridors facing the center of the building, is characterized by a dark and mysterious mood. The choice of assets low poly works great and contributes to the dark atmosphere of the game. Even the aesthetic choice of the small beings that populate the building is simple but peculiar. The sentry, a clear reference to the Orwellian eye of the "Big Brother" that controls everything, has the very appearance of a huge eyeball that floats in the center of the map and controls from above.


The audio, finally, characterized by a sound design minimale but which perfectly frames the atmosphere dictated by the stylistic choices, keeps the player in constant tension. The music accompanies dynamic game action, contributing to the overall suspense that characterizes the game. The only drawback are some bugs in the audio and in the trigger of the sounds, which after hours of play become evident and recurring. In any case, nothing that affects the Panoptic gaming experience. 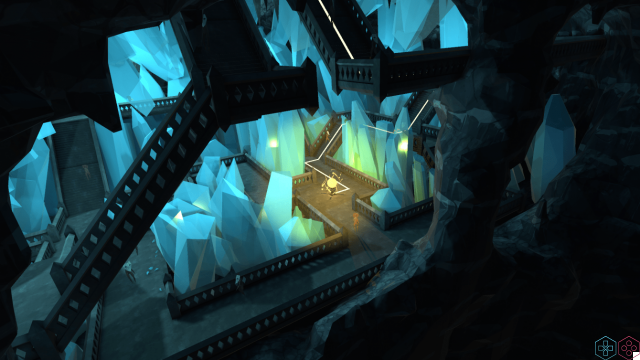 Concluding our review, we can say that Panoptic does not have big claims and does not want to have any. While it works as a whole, it shouldn't be taken as the kind of game that keeps you hooked for tens of hours (like the rest of the VR titles for that matter). The simplicity of the game and its lightness offer a good source of entertainment for evenings with friends or to fill a few dead hours, but nothing more. Indeed, given the "monotony" of the game and the typical characteristics of virtual reality, it is easy to get bored early or have to rest your eyes after a couple of games.

Nonetheless the game works, the adaptation to VR is almost perfect and the (clever) low poly aesthetic choices make it beautiful to look at and fun to play. In our opinion, the price could be slightly lower, but it does not represent a discriminating factor in the final judgment. Panoptic is available from 8 October 2020 on SteamVR for compatible headsets at the price of 16,99 €.

Well friends, this was our Panoptic review! We hope to have given you a pleasant reading and as always we invite you to stay tuned to techigames for more news, reviews, guides and much more. Bye!

Partisans 1941 review: the war experienced by the Resistance ❯

add a comment of Panoptic Review: Mimesis or Death!