Is the ambitious fourth chapter of the musou saga the best game ever dedicated to Eichiiro Oda's manga? Let's find out together in this One Piece: Pirate Warriors 4 review

With One Piece: Pirate Warriors 4 Omega Force brings the saga of the best-selling manga in the world. It's been four years now and the fans' hunger to regain control of Luffy and his companions is great. Let's try to find out if this fourth chapter has hit the mark and can be considered the best game on One Piece. In this review we tested the basic PS4 version of One Piece: Pirate Warriors 4, but we remind you that the game is now also available on PC, Xbox One and Nintendo Switch. 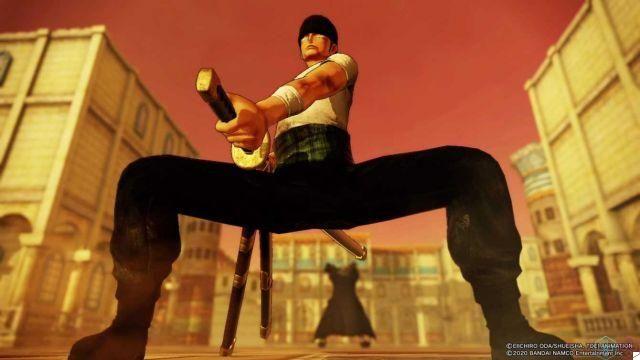 "The One Piece really exists!"

There's not much to go around it, the genus musou is either loved or hated with all the strengths and weaknesses of the case. Furthermore, over the years the genre has not given much space to great innovations or to major attempts to file the edges. One Piece: Pirate Warriors 4 is no exception in this and does not try to hide behind strange mixes of genres, it is a 100% musou, as we will see later in this review.

The developers have tried however to raise the typical plant of the genre to the nth degree, with really satisfying results. So here's to you well 40 playable characters, a good variety of maps that trace the most famous settings of the manga and a growth system based on medals and accumulated money. 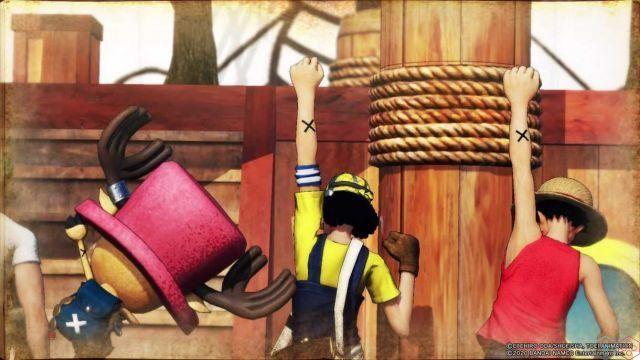 “Will justice win ?! Obvious! Because it is the winners who are right! ”- One Piece Review: Pirate Warriors 4

As per tradition on the game map we will find huge amounts of enemies with the vain hope of stopping us. In Pirate Warriors 4, there are literally hundreds of enemies on the screen and there's no denying some satisfaction in wiping them out with our special moves. The feeling is that of being omnipotent, a feeling amplified by the good destructibility of the environments.


The characters are divided into 4 macro categories: powerful, fast, technical and flying. All of them are quite different from each other and quite faithfully reproduce their most famous hits. For a fan of the series it will be a pleasure to use them all and relive the crazy peculiarities that Eichiiro Oda originally thought for them. For each character it is possible to choose a maximum of 4 special moves and a certain number of skills, which allow a minimum of customization based on your style of play. 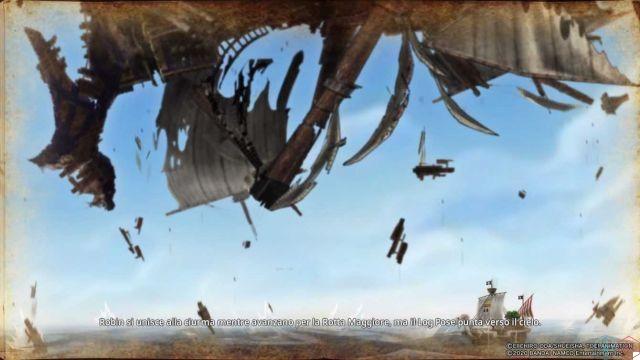 “You have always treated me well, thank you! I've always been so happy, all thanks to you! " - One Piece Review: Pirate Warriors 4

The heart of the game is a story mode called "Narrative Diary". In fact, it will be possible to play some of the most important sagas of the entire series. Don't expect to be able to follow the plot if you don't know the original story, this story is in fact designed exclusively for fans who want to relive the most iconic scenes. Also present the original Japanese dubbing, in order to be as faithful as possible to the animated series.

Much more care for the latest sagas, with the Wano saga (still ongoing in the manga and anime) which enjoys an original storyline written by the developers. This new story is quite enjoyable and is a good excuse to bring all the strongest characters in the world of One Piece to the field. They are available then numerous side missions that give more hours of play and allow you to maximize all the characters. 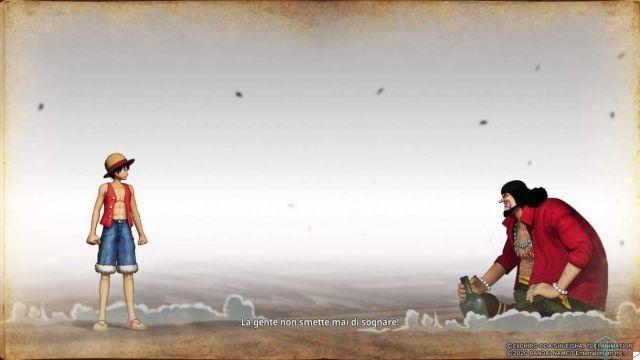 There is a lot of confusion on the screen, also thanks to a camera that is not always perfect, but this does not represent an obstacle during battles with minions. In fact, the player must limit himself to alternating basic combos with special moves and will advance without any problem. Exactly for this reason the difficulty is set downwards, lovers of challenges, however, will be able to count on a "super difficult" mode that can be unlocked at the end of the story.

The game manages to reproduce in a really optimal way the clashes in the open field that are part of the One Piece story. However, it shows a little bit of the side in what are the boss fights, too simple and devoid of any original inspiration. In this way the fight is reduced to a continuous button mashing without any kind of reasoning. But to raise the fate of the latter are the cutscenes, fit perfectly during the most important fights and that will not fail to exalt the most avid fan. 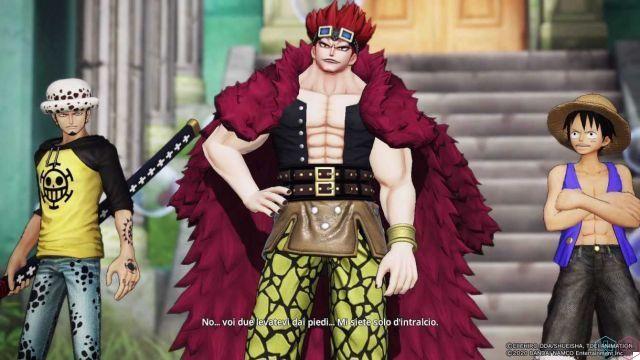 “How can the age of the dreamy pirates be over ?! People's dreams never fade! " - One Piece Review: Pirate Warriors 4

The graphic design reproduces Eichiiro Oda's stroke in a convincing way through a good use of cel-shading. However, we cannot help but notice that compared to many recent productions dedicated to anime and manga, Pirate Warriors 4 remains a step behind. The blame is to be attributed above all to some sections in which the attention to detail is less than the rest of the game, which creates a dissonance that can annoy the player.

If the graphic detail does not scream a miracle, the frame rate instead deserves praise. All in all the game remains stable even on the base PS4 despite the disproportionate amount of characters on the screen. As in other similar games, however, there is a form of censorship, which eliminates any form of blood or scenes with a certain degree of violence. Censorship that, apart from one or two specific episodes, does not disturb too much and with which you can easily come to terms. 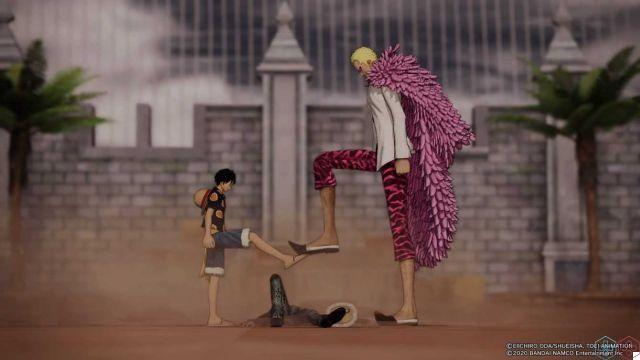 "I came to end this war"

To conclude this review of One Piece: Pirate Warriors 4 we can say that all in all it is a good game, designed for the most avid fans of the manga. Like all musou it does not hide a certain underlying repetitiveness, which we try to remedy with a wide and varied roster. The title manages to reproduce the battles against opposing armies or fleets, but it loses some of its polish in the boss fights, which are nothing more than slightly more aggressive enemies with a greater amount of life.

Fans will be happy to explore the various movesets and relive the memorable moments of the series. We probably have before us the best One Piece game available at the moment. It is undeniable, however, that compared to other videogame productions dedicated to anime and manga one might expect something more, especially given the enormous success of Cappello di Paglia and his companions. If this review was useful to you, keep following us on the techigames pages to stay up to date on the world of video games and more!