Spearhead Games returns after Stories: The Path of Destinies with the spiritual sequel Omensight: will they have managed to make a qualitative leap, or will they have fallen badly? Let's find out in our review

Spearhead Games is a fairly recent adventure. The independent development team introduces itself to the world in 2013 with Tiny Brains, a puzzle-platformer with a coop drift. In 2016, it is relaunched with the action-adventure Stories: The Path of Destinies: a game that is not exceptional but well thought out and, above all, fun. From today, May 15, 2018, they make Omensight available on PlayStation 4 and PC (Steam), a spiritual follow-up to their previous work.

Will they have taken a step forward or have they slipped along the way? 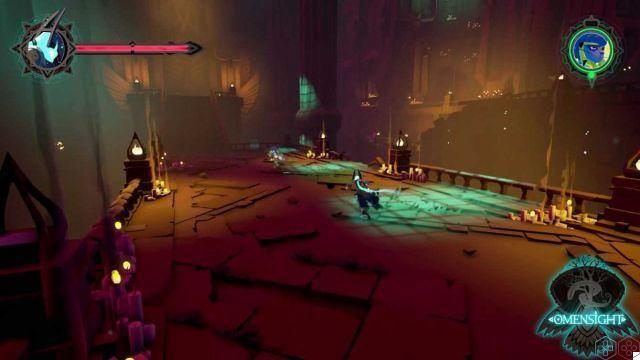 We are in the lands of Urralia, a magical world where bird clans rule the kingdom of Pygaria. Together with the dog clans and the cat clans, Emperor Indrik is forcibly subduing the kingdom of Roditoria, home of the rodent clans. But war is the least of the problems: the priestess-without-god is dead and her soul is mysteriously dispersed. The Void, an entity whose sole desire is to destroy everything, is now free to swallow the whole of Creation.

We are the Herald, a mystical being who appears when the world is coming to an end. Our task is to travel through time, relive the last day of Urralia several times, find out what happened to the Priestess and stop the Void. With each new dawn, we will be able to follow one of four characters, central figures in the conflict between the realms and deeply linked to the Priestess.

With each repetition, we will have access to new clues (which will suggest which character is best to choose next), we will learn how to unlock seals (which defend both little extras and plot areas) or we will get an Omensight, a hidden Truth that will allow us to influence the our comrades and obtain new information from them.

Going beyond the plot, what we are facing is a more linear action-adventure than expected. Although narratively we are free to join the various characters in the order we prefer, once on the field we will have to do more or less always the same thing: go from one battle to another without anything to break the rhythm.

The combat system focuses on combos of light and heavy attacks, dodging and special powers. Attacking enemies, without being hit in turn, will charge a bar that will allow us to fire orbs of energy or eliminate an enemy in a single shot. In addition, we will have other abilities that require a cooldown after use: we will be able to slow down time (for enemies), make big shots or grab and throw opponents and objects. 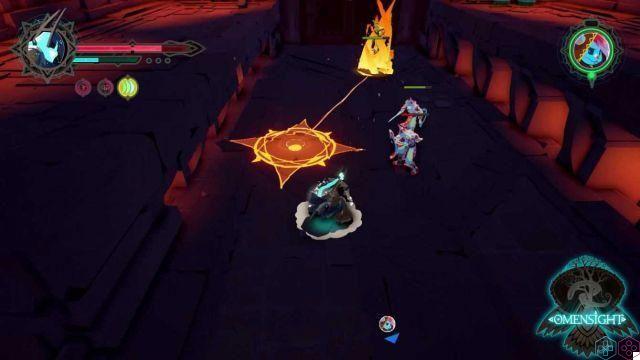 Spearhead Games' idea is that the player harnesses the Harbinger's abilities to create combinations of powers. For example, it is possible to slow down the time so as to fire a magic bullet at a crumbling column and reach an explosive barrel to be thrown at the enemy that is about to be crushed so as to inflict a lot of damage in an instant. Unfortunately, the situation I have just described summarizes almost all the possible interactions and combinations between powers, environment and enemies.

Although the system of dodging, combos and powers can be fluid from time to time (i.e. when the camera controlled by the game does not decide to hide enemies and part of the combat arena), overall we are faced with a limited battle system. The opponents are of very few types and fighting one or the other doesn't make much difference. The special moves load slowly and we will not be able to exploit them too much: allowing the player to use the magic attacks more frequently would certainly have made the fights more fun. The bosses also make the situation worse: repetitive, based on boring mechanics and all the same. Between one fight and another we will have to jump around (but the game never becomes a platformer), collect some extras (placed in plain sight, there is never to explore) and listen to our ally who tells us something (in English, with Spanish subtitles). 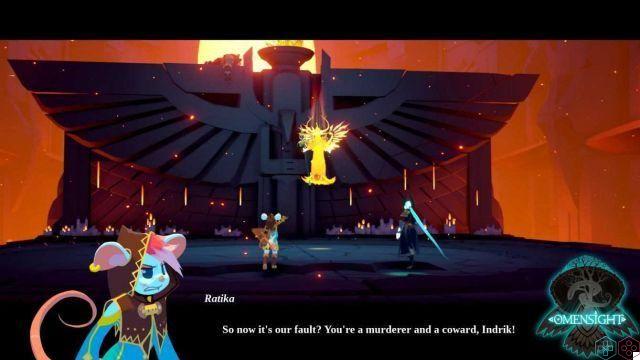 At the end of our day (i.e. a phase of up to 30 minutes), we will return to a hub where we can spend EXP and Amber, two currencies that are obtained by fighting and opening chests. EXP lets us unlock the Harbinger's core abilities in a defined order, while Amber allows us to acquire passive upgrades of our choice: more life, more damage, faster power recharge, etc.

Once this is done, away from scratch: we will choose a companion and relive the last day of Urralia once again. The repetition at the base of Omensight soon becomes repetitiveness: the game consists of only four areas, almost identical to each other and small in size. In addition, the levels are visually uninspired: some paths between trees and stone constructions, with only minimal color variations to limit the feeling of copying and pasting. Cel-shaded graphics are technically sound, but artistically it is many steps behind the previous work of Spearhead Games. The soundtrack is discreet, but it will not remain in your heart.

Even the plot suffers the weight of this repetitiveness: the plot revolves around three Omensights, to be discovered by passing from one character to another in a specific order. Each of them will reveal some new clues that will allow us to advance with the plot, but the narrative is much tighter than one would expect from a "Murder Mystery" as it was defined by the creators. Furthermore, the Harbinger is an empty avatar, mute and unattached to the figures in play. Allies will speak for themselves all the time, and while collectables deepen their narrative background, they will turn out to be quite bland.

Omensight: the fox was smarter | Review

Omensight, in its approximately seven hours of play, never has a flicker that can make you say "it's not the best, but ...". Spearhead Games' new work could have been an opportunity to build on Stories (which we talked about in our special) and make a qualitative leap, but the creators have slipped along the way.

Few ideas and not incisive at all: Omensight is mediocre in the most negative sense possible.

add a comment of Omensight review: an unpleasant omen