Nioh is not a game for everyone: it's frenetic, fun, punishing but above all fast. While many mechanics are reminiscent of the Souls, this title has a soul of its own and is very difficult to master in its entirety. 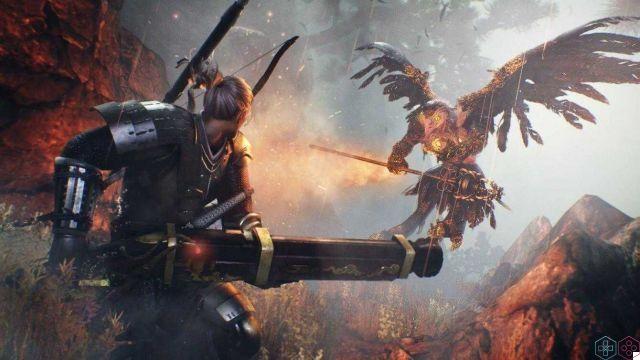 Nioh's story is nothing to write home about. It is frivolous and incomplete in many of its aspects, but its lore ...

In the story of Nioh we will take on the role of William, for an British samurai silvery-blond hair. William is a very skilled warrior who will leave for the Japan in search of his spiritual guide: a to with immense powers, kidnapped by an alchemist who wants to conquer the world thanks toArmed. This stone alone is able to turn the tide of a battle, infusing the warrior who possesses it with superhuman strength.

Driven more by the desire to meet the fairy again than by the concern of the end of the world, Williams will begin a journey through all Japanese historical milestones, meeting more or less famous people in the history of Japan and its folklore. The story, conceived by Tecmo-Koey and put into operation by the talented Team Ninja, it is quite banal, obvious and without a solid base. However, it totally changes when you head headlong into it purely Japanese legends, where beings like yokai they manage to fascinate and make exciting the journey that otherwise would have had to be supported on the strength of the gameplay alone. 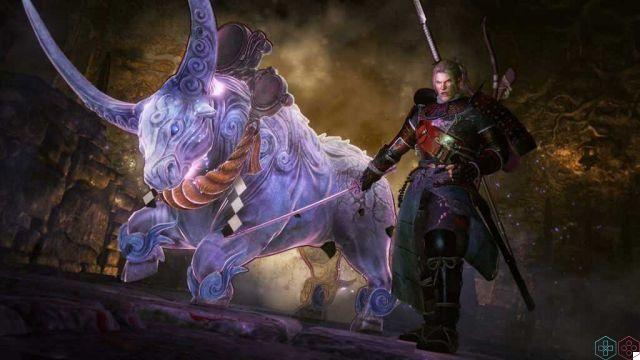 The technical sector of Nioh is not always excellent, but overall it is good. The beauty of the settings and the creatures quickly make us forget the other shortcomings

Nioh comes in three very interesting guises for owners of Playstation 4 Pro. Indeed there will be the opportunity to play in cinema mode (full hd 1080 30fps), in action mode (hd standard 60fps fissi) e in alternate mode (which will do a mash-up of the two choices based on the occurrence). I personally opted for action mode, as I thought that such a fast and technical title would give its best with a higher frame rate (a choice I have never regretted).


Even if the textures are not always in very high definition, the glance it offers Nioh is to take your breath away. The Feudal Japan you can breathe in every map, every place and every Yokai. The creature, even if not very many, they are really beautiful to look at and also the stratagem of using colors to distinguish their elements I find it a choice that pays off both in terms of gameplay and pure aesthetic enjoyment. During our journey, in addition to seeing splendid enemies, we would have the opportunity to know the creatures that will make us from guiding spirit and I can assure you that it will be a wonderful surprise every time.

Generally these spirits guide will depict gods animals (real or mythological), but they will be surrounded by particle light effects and colors that can make you fall in love with them. Therefore, whenever you have to make a choice, you will be torn between a rock and a hard place. L'anvil is represented by the effectiveness and passive and active bonuses offered by the animal, while the martello instead it will be the beauty of an animal to which, in all probability, you will be fond of.

As far as frame drops are concerned, I can't say that the game is exempt from this flaw, but it is certainly better than many Souls. The same goes for the polygonal interpenetrations, which are completely absent in Nioh. Essentially il the technical sector is widely promoted also for the choices it offers to the player, who will finally be master of the scalability offered by the PC even on a console. 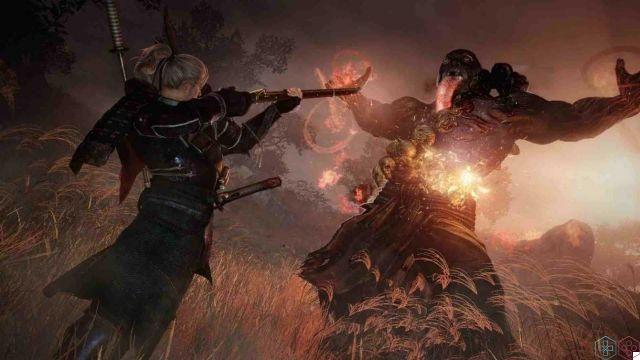 Nioh's gameplay is complex, articulate and difficult to master. But it offers a breadth of choice that hasn't been seen for a long time

Nioh It offers a variety of choice not indifferent. We could equip two weapons at the same time, one for the body to body and one for the distance. Melee weapons will also have three stense of attack, i.e. high, medium and low. There stense high will allow us to launch more powerful but also slower blows, while the stense media it will give us the opportunity to have the right balance. Instead the last stense, or that low, it will offer less power but a significantly higher speed.

THEuse of locations it will be essential to be able to win against the various enemies. For example, there will be Yokay who will fight in quadrupedal position, consequently the only way to score every single shot will be to use your weapon with the stense lower. On the contrary, if you find yourself having to face an enemy with many life points but slow, the stense high it will guarantee you will hit him harder.

Le maps however, they are designed so that you approach the battle in the way you prefer. If you want to make a clean sweep thanks to the countless ranged weapons, Nioh it will not prevent you under any circumstances. Grab your bow, your rifle or your cannon and start the slaughter of enemies. 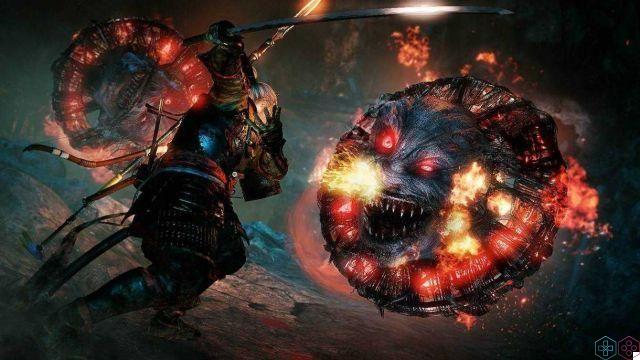 Nioh is a souls like, although he doesn't always show it

Nioh it is still a souls like, as a result, dashing katana unsheathed towards a group of enemies will undoubtedly lead you to certain death. The similarities with the Souls certainly did not end there! In fact, if you are "killed" in battle you will not lose yours Armed (the points to level), but you will have the possibility to recover them. Obviously as long as you can reach them without dying along the way ...

If you die you will be taken back to the nearest temple, just like a Dark Souls bonfire.

- spirits guide they will then have bonuses active and other passive. They will also be invocable once a bar is filled that will reload blow by blow, whether it is thrown or collected.

William will be able to learn new fighting techniques in the dojo and to build new weapons and armor from the blacksmith, as well as of course those that can be dropped along the way. Weapons such as armor will also have classifications (normal, rare and unique), which will differ in the menu thanks to gods specific colors.

Among the skills that can be learned there will be the possibility of orienting towards a warrior Ninja or on a warrior who uses magical talismans. The former will be able to poison their weapons or create shurikens, while the latter will have the ability to lower the stamina or defense of the opponents; or to exploit the force of the elements to its advantage. In a nutshell, you can do whatever it takes to arm your warrior. 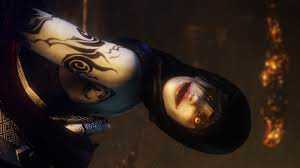 A not inconsiderable aspect of Nioh are certainly its Bosses. The end-of-level villains are tough and very evocative

At each end of level (Nioh does not have an interconnected world) we will find ourselves facing each other battles with an oriental taste, in fact every single fight will have a pleasant meeting in the Rising Sun. Every Boss-Fight every pattern to learn and every move to ponder will have to be understood. Most of the fights are well thought out, at least when walking the main quest route. In fact, throughout the game you will face a myriad of these battles, all unique of their kind.

On the contrary, if you decide to complete the sub-quest, get ready to face "minions" with more damage contingent or more life points; or even bosses already met with some tricks. There will be unique battles, but they will never measure up to the main battles.

also the maps of the sub-quest they will not be new, in fact most of the time we will find ourselves retracing a map already visited, where we will be asked to clean up the Yokay or to recover such an object. If it weren't for the visceral needs of Armed, necessary to make us level or for the unique objects obtainable, the sub-quests would be neglected almost in its entirety. 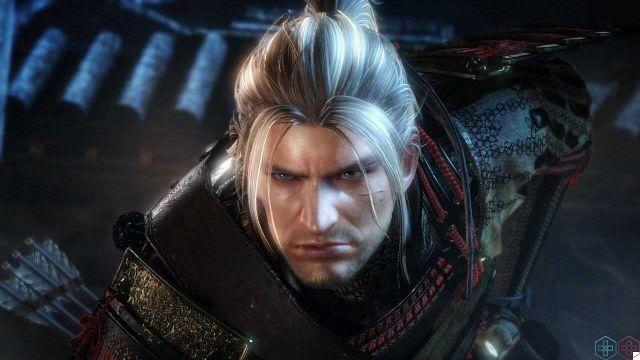 Bottom line, if you own one PlayStation 4 (better if Pro) and you are a lover of the Souls genre, with Nioh you will make a purchase that you will not regret.

The evocative settings, the always wonderful enemies, combined with a refined and well thought out gameplay, bring Nioh in the Olympus of exclusive not to be missed. Even if the plot is weak and the technical sector has some small flaws, this video game deserves to be tried at least once in life, as the settings of Feudal Japan remain a continuous and magical surprise.

All the more so if you've chosen a Sony console for exclusive titles like Bloodborne, you'll finally have something to keep it company with.

9 A title with a soul of its own