When a console manufacturer focuses as much on the surprise effect as Nintendo, with months of press blackout among the various ads, it is normal that i rumor follow each other: imagine when we are so close toE3 2021. It is not for mere precision that we have specified the year: this digital edition of the Los Angeles fair, it seems, really promises fire and flames for the Big N. More insiders have alluded to this showcase as "the greatest ever" for the giant of Kyoto, but this already brings with it expectations: a reason like any other for take it all with pliers.

We want to reiterate this already: the speculative world can sometimes prove to be a harbinger of colossal bombs, as of epoch-making cantonate. We have gathered in just one article three rumors circulating on the net in the last few hours; on these conjectures, however, you could base astronomical expectations that could be disappointed, or at best we could spoil some surprises. For this reason, if you don't want to take it as an invitation to mistrust, at least consider it ours spoiler alert. Now that we've given our final warning, we can finally move on.

Let's start with the first great protagonist of today's rumors: among the announcements of Nintendo at E3 2021 a new title could be hidden with Donkey Kong as the protagonist. The latest installment of the series, Donkey Kong Country: Tropical Freeze, dates back to seven years ago (or about half, if you count the Nintendo Switch port). The wait, for the fans, begins to be felt, but the authors of the revival, Retro Studios, I'm hard at work with Metroid Prime 4. One wonders who can take on this burden, but the answer to this question may be more direct than expected.


The reliable insider Zippo recently published a post on his blog, claiming that a new Donkey Kong is in full development by Nintendo EPD, which is none other than the development team of Super Mario Odyssey. According to the post, the development team "is not interested in creating a sequel for games created by others", so any connection to the Country series is to be excluded a priori. According to Zippo, the game should be released by the end of the year, making an announcement at E3 "probable". Through other independent sources, even Nintendo Life and the British youtuber The Lonely Goomba "confirm" the rumor ... about.

I dunno why people keep citing this in news articles. I’ve seen my tweet cited in various articles from major Nintendo sites now.

Mate I just saw some people talking about it online and commented on it. I don’t have any insider info or anything. Sorry.

Zippo strikes again with a second rumor, which this time he sees Mario Kart peep through the announcements of Nintendo at E3 2021. The last "real" title of the series, if we do not consider Mario Kart Tour for mobile phones and the augmented reality title Mario Kart Live: Home Circuit, dates back to the launch year console (and, as with Donkey Kong Country: Tropical Freeze, is a port of a game for Wii U). Sales of Mario Kart 8 Deluxe they refuse to trudge, but according to Zippo a new chapter of the series is still on the way, according to the same post we alluded to before.

According to the post in question, the producer Kosuke Yabuki and his team have been working on a new main series title for three years, specifying that it is unrelated to the other two titles we mentioned. As for the specific nature of the game, Zippo was not unbalanced but ventured an exit window: we are talking about the winter time this year, or at mostbeginning of the next. We repeat it once again: although the time is more than ripe for a hypothetical Mario Kart 9, it is still of the very confidential Big N we're talking about. 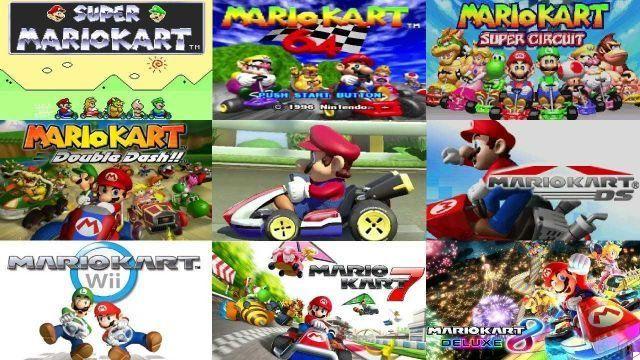 By now you will have understood the hint: this rumor also comes from the same Nintendo insider, Zippo. In addition to what has been said so far, the fact that (predictably) the sequel to The Legend of Zelda: Breath of The Wild is not in the pipeline for this year is perhaps the minor news. Let's talk about Metroid: rumors about a new side-scrolling episode have been going on for some time now, and this game, which "exists, two hundred percent", would be developed again by the Spanish guys of MercurySteam (Metroid: Samus Returns, Castlevania: Lords of Shadow ).

The possibilities also extend to a new one Fire Emblem, whose development is apparently contemporary to that of Three Houses (on which Koei Tecmo mainly worked). Being now “almost complete”, the remake of the Japanese exclusive Genealogy of the Holy War (SNES, 1996) could make a trip to E3. Also Super Mario PartyFinally, it could receive a sequel, being (rightly) the best seller of the party saga of the Great N. After accumulating 14,7 million copies sold, the game has received a substantial update for the online.

What do you think?

Now it's up to you to tell us yours: what do you think of these rumors? Let us know below, and as always don't forget to stay on techigames for all the most important news for gamers and more. For your purely gaming needs, you can instead find the best discounts in digital format on Instant Gaming.

Nintendo Switch: Everything we know about the OLED model ❯

add a comment of Nintendo, RUMOR: the potential announcements of E3 2021