The leaves are tinged with Nintendo red with the beginning of autumn: here are all the games (and more) announced in the September Direct!

We looked forward to it a Nintendo Direct in September, and for sure the announced games they did not disappoint us at all! Among the most anticipated news and the most unexpected (and unexpected) comets, certainly the forty minutes of material have been able to surprise us. Of course, everything opened in the name of sobriety in the memory of the people affected by the pandemic, but in the end, the broadcasts of the Big N know how to give us back a smile even in the darkest moments. We leave you below the video of the whole presentation, of course, but if you are here to make up your mind or in a hurry, here all ads!

Beginning in the comfort zone

Before moving on to bulleted lists for the sake of brevity, the first games of this Nintendo Direct of September are titles already announced previously. There next summer we can expect Sunbreak, a "massive expansion" of Monster hunter rise. In a short curtain dedicated to Mario Party superstars, on the other hand, the Big N focused on three scoreboards taken from the episodes for Nintendo 64: Wooded Forest, Tropical island of Yoshi, and the night-day cycle of Land of Terror. The Mount minigames instead it will allow us to face the minigames in freedom, with seven modes. The game comes out on 29 October and pre-orders are already open. 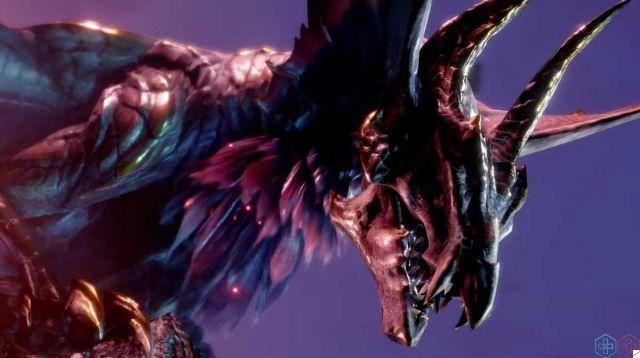 At this point, the Nintendo Direct led by Yoshiaki Koizumi has begun to step on the accelerator a bit, and undoubtedly some news has made its way among the games announced for September. 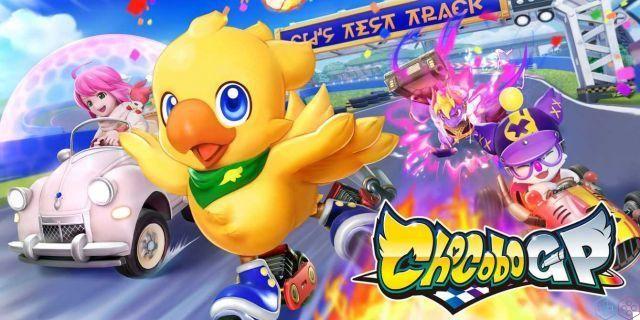 Spades regarding the sixth / eleventh name of Super Smash Bros. Ultimate. We have a special on their expectations when it comes to hype, and our first guess turned out to be the correct one. The 5 October we'll find out who it is, and Sakurai's direct four in the afternoon it will of course also show us how to use the next character. The last time a piggyback presentation was announced was for Byleth, for the record. 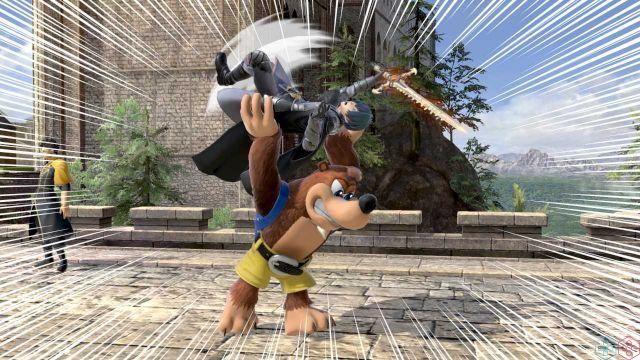 Separate mention is required for one of the games announced in this September Nintendo Direct. After an accidental leak (as for Kirby Fighters 2) by the Japanese site of the Big N itself, it is confirmed that next spring Kirby will be back in a new adventure. Kirby and the lost land will represent something fans have always been waiting for: the character's debut in a 3D platformer with free movement. The character has not been shown in flight, but the skills are already confirmed, as well as other cornerstones of the saga.

Discover a new 3D Kirby adventure set in a mysterious world! Kirby and the Lost Land is coming to #NintendoSwitch next spring! pic.twitter.com/9v258H07aL

We were four cats at the bar - September Nintendo Direct, all games announced

Il next month awaits us a Nintendo Direct separate for Animal Crossing: New Horizons, and while it's not one of the new games announced, a major comeback has been revealed. After a long wait, Bartolo's bar (we love to repeat ourselves), The Piccionaia, will open its doors inside the Blatero museum. We wonder what else makes a Direct necessary, but it's nice to see that the Kyoto giant is finally starting to play with their cards exposed. It was time!

A free update for #AnimalCrossingNewHorizons is coming in November! ☕

More details will be revealed in an Animal Crossing: New Horizons Direct, which airs next month. Follow @AC_Fuffi to find out the exact date! pic.twitter.com/MDl7ii44jj

From Disney's D to Dread's D - Nintendo Direct in September, all games announced

We continue with a short list of five other titles, between "already known" and revealed. 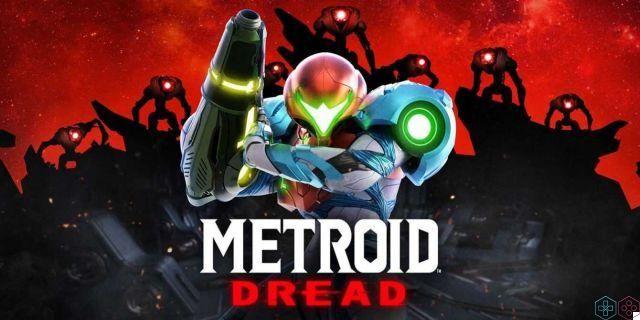 News on the online, finally - Nintendo Direct of September, all the games announced

In a move that is sure to get some arguments, the service Nintendo Switch Online it will include new retro platforms… as long as you upgrade to the “Nintendo Switch Online + Add-on Pack” membership. Nintendo 64 e SEGA Mega Drive they will arrive at the end of October, but in the future we will have "new details". There is one that certainly did not escape us: after having glossed over the definitive launch date and price, the Big N showed the covers of the upcoming titles for the Nintendo 64 after the launch. Pokémon Snap it's hard enough not to notice, but pales in comparison to Banjo-Kazooie. The new controllers the rumors alluded to were probably these. 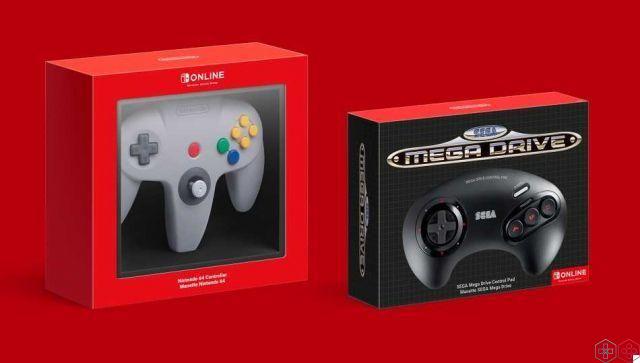 And speaking of returns in style - Nintendo Direct in September, all games announced

Let's move on to other games announced of this Nintendo Direct of September, between a confirmed leak and a new chapter for an indie gem. 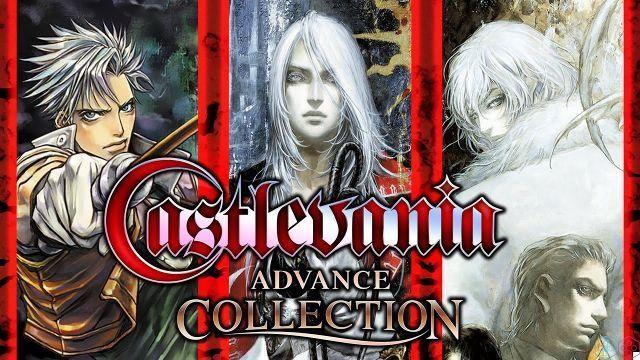 Triccheballacche, the wheelbarrow - Nintendo Direct in September, all games announced

It wouldn't be Nintendo Direct without a stir fry of games announced in quick succession, and the September roundup didn't disappoint. In order, HOT WHEELS UNLEASHED (capitalized, apparently) awaits us on September 30th, Surviving the aftermath is scheduled for this winter, Shin Megami Tensei V arrives on November 12th with a pre-order already open, Wreckfest will have us demolish cars this fall, Arcade Archives Pac-Man e Arcade Archives Xevious are already available and, finally, Rune Factory 5 arrives March 25, 2022.

All in the room - Nintendo Direct in September, all games (and films) announced

We would not want to go out of the way, but it's all the fault of Shigeru Miyamoto who wanted to inform us about the film being worked on with Chris Meledandri by Illumination Entertainment (Universal). The film doesn't have a trailer but a date, Christmas , is a cast. Chris Pratt will be the voice of Mario, Anya Taylor-Joy will be Peach, Charlie Day will dub Luigi, Jack Black will be the voice of Bowser, Keegan-Michael Key will be Toad, Seth Rogen will voice Donkey Kong, Kevin Michael Richardson Kamek will perform, Fred Armisen will lend the voice to Cranky Kong e Sebastian Maniscalco doppierà Foreman Spike da Wrecking Crew. charles Martinet, historical voice of all plumbers, will have a cameo. 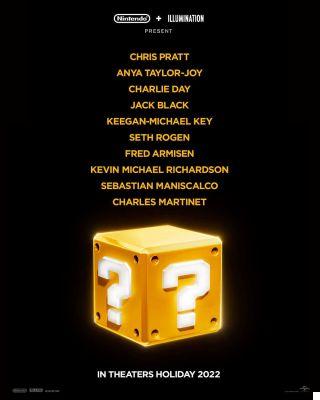 Break Them All - Nintendo Direct September, all games announced

It comes back to talking about games with Splatoon 3, and the Nintendo Direct of September was full of details even outside of those already announced. The new trailer is packed with action, despite some interruptions from the antagonists. Many characters will return, as will the mammals… or at least as they are called in the post-apocalyptic world of the game. The city of Splatville will also be the central hub from which to access The return of the Mammiferians. New weapons and lots of other good stuff give us an appointment at next year. We are almost at the end, which means ...

Of course, that of September 2021 would not be a Nintendo Direct if after a cornucopia of announced games there had not also been a bomb with which to close everything worthily. And the farewell formula "hit and run" of the giant of Kyoto did not disappoint us, with an assault on the pedestrian crossing of Shibuya by a demon against which the Japanese soldiers could do little. Fortunately, the protagonist of Bayonetta 3 came to solve the situation with lots of gameplay, a nice hybrid look between the designs of the first and second game and, finally, confirmation of an exit in 2022. After the arrival of a mysterious figure, Koizumi concluded the Direct by thanking us all for waiting five years from the announcement.

The witch is about to return! # Bayonetta3 will arrive exclusively on #NintendoSwitch next year. pic.twitter.com/eKGy13That

Now it's up to you to tell us yours: what do you think of all these news? Let us know below, and as always don't forget to stay on techigames for all the most important news for gamers and more. For your purely gaming needs, you can instead find the best discounts in digital format on Instant Gaming.

add a comment of Nintendo Direct September 2021: All games announced