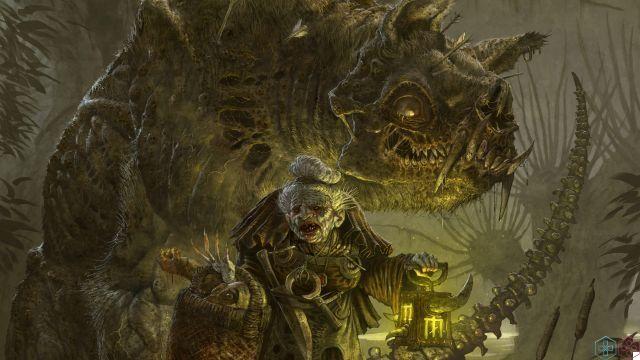 The landscape of the settings for the Fifth Edition of Dungeons and Dragons seems ready to be enriched with a new title: Nightfell. Find out more about this new setting with strong dark colors and its Kickstarter

In recent years, the Spanish RPG scene has offered us very interesting titles based on the Fifth Edition of Dungeons and Dragons. Starting with titles such as Journey to Ragnarok, Historia, Brancalonia and Inferno (of which the Kickstarter will start in August), there has been no shortage of important projects based on Open Game Lycense della Wizards of the Coast.

Nightfell, created by Angelo Peluso in collaboration with Mana Project Studio, offers a dark setting with horror-gothic features; in which the Sun is dead and the world is left at the mercy of perennial darkness, with daylight reduced to a distant memory. It will be this perennial darkness to represent one of the greatest dangers to which players will face, giving the setting a decidedly unique taste.

The start date of the Kickstarter of the campaign to fund Nightfell is set for 30nd June; in addition to the setting manual, the project also includes a separate bestiary in which the creatures that inhabit the dark world of Iàrmen will be described. Basic Manual and Bestiary should both be approximately 200 pages long.

Nightfell | not just the Kickstarter

Anyone interested in the setting can get a taste of it through the quickstart to be released on June 15th, available directly on the Nightfell Facebook page. This preview will allow us a first approach with this new and dark setting, introducing us to new races, archetypes and mechanics.

Also inside there will be six pre-generated characters with which to face an adventure that will take you up to the third level and which will serve to introduce all the iconic elements of Nightfell.


So we just have to wait until June 30 for the start of the Kickstarter campaign for what seems like yet another setting for the successful Spanish Fifth Edition.

Not The End is Role Playing Game of the Year 2020 ❯