More than 10 years after the original release, we find out in our review how NieR Replicant ver.1.22474487139 has changed

Difficult to talk about the plot that moves the events of NieR Replicant ver.1.22474487139 without running the risk of falling victim to unpleasant spoilers: the production directed by that bizarre author who responds to the name of Yoko Taro, in fact, it is a work that consciously chooses to tell itself little by little, proposing a multifaceted and complex world, in which the player's perspectives are upset with unprecedented frequency.

A universe in which nothing is as it may seem in appearance, a great deception that ends up crushing victims and executioners mercilessly, in a surprising and dramatic reversal of roles, capable of hitting the player with violence in the stomach who will have the patience to discover their secrets. And that we will try to explain in the our review of NieR Replicant ver.1.22474487139.

The events of the game kick off in 2053, year in which the Terra is now in ruins, with the few surviving humans struggling desperately to survive the menace of the mysterious Shadows. Among these we find two young people, brother and sister, hidden inside an abandoned shop, with the young man who will act as a tutorial, useful for getting used to the renewed combat system of this revival of the title dated 2010. However, it is only a few minutes, before the scene changes abruptly, catapulting us 1412 years into the future, to present us a planet that seems to have left behind the death and destruction of the past, but not the threat of Ombre. Here we will find once again two boys, brother and sister too, with the elder of the two that it will be up to us to check (after having decided the name).

Intent on finding a cure for the evil that afflicts little Yonah, our protagonist will travel the length and breadth of the game world, ending up crossing his path with the talkative and powerful Grimoire Weiss, a magical tome that will open the doors of magic to him. To these will be added the mysterious Kainè, naked and foul-mouthed warrior from the tormented past, and the young e unfortunate Emil, keeper of a dark and devastating secret. The four will soon join forces for defeat the Lord of Shadows, in a crescendo of emotions and situations that will lead to a finale full of twists, but which will not be able to dispel the mysteries that characterize the game world.

As the modus operandi of Taro, and which we have already abundantly seen in Automata, NieR Replicant ver.1.22474487139 he will ask us to do at least one second run, essential to have a more defined picture of the situation: opening approximately in the middle of the original adventure, this will offer us unpublished dialogues and cutscenes, as well as small renewed gameplay inserts. The major addition, however, will be related to the expansion of the narrative, such as to upset and strongly question what was experienced in the previous hours. 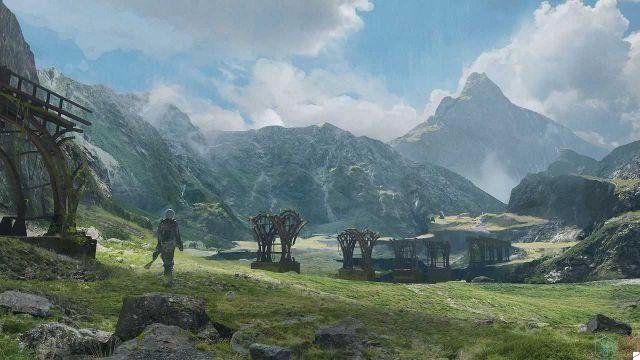 And it is precisely in this fleeting demarcation of roles and ethics that the greatest merit of production resides, a cynical and ruthless representation of human misery, in which there seems to be no room for happiness. There are no winners in the world of NieR, but only beings at the mercy of a bizarre destiny, which seems to enjoy playing with their lives. taro he seems to gloat in making the player continually doubt his own actions, sowing the story of small clues which, if caught carefully, can only anticipate the final revelation with subtle cruelty.


Un complex and difficult story, but which will certainly amaze with the maturity and awareness of his writing, capable of tackling dark themes with unsettling brutality and realism, even without the videogame fiction. A work that, while not reaching the peaks touched by the aforementioned Automata, is extremely fundamental in the creative path of Yoko Taro, even if, as we will see shortly, not all the authorial choices made could be successful. 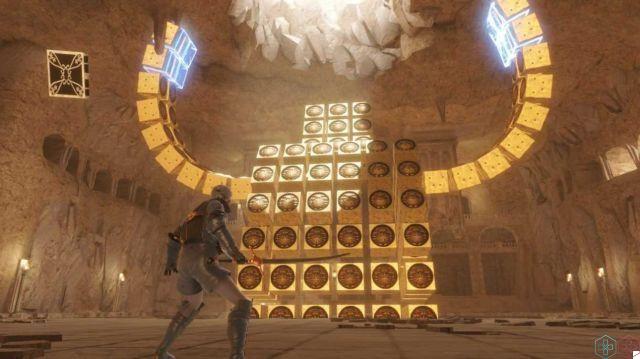 At the time of its debut, the original title was praised for the goodness of its narrative sector, with the major criticisms that ended up investing the combat system and the general structure. If, by force of circumstances, it was not possible to intervene on the latter, a different argument must be made for the first element, which in NieR Replicant ver.1.22474487139 has suffered a drastic and very successful restyling. In this the hand of Takahisa Taura at Platinun Games, who was able to significantly refine the fighting movements of our protagonist, so as to standardize them with what he experienced in Automata.

The clashes will be based on the combination of slashing the white weapon (we can choose between three types of blades) and a spell at a distance, to which is added an additional magic, selectable within a list that we will be able to expand as we advance in the adventure. To close the circle we find the inevitable dodge and the ability to parry enemy shots, in addition to passwords, peculiar secondary perks obtainable from enemies and assignable to weapons, spells and defense.

Definitely dry in dynamics, the combat system proved to be extremely reactive and satisfying, capable of giving life to frenetic death choreographies, whether you are fighting against simple mobs or during exciting clashes with the numerous bosses. To be picky one could criticize the excessive chaos that characterizes some sections, but it is naivety about which it is possible fly over without problems. 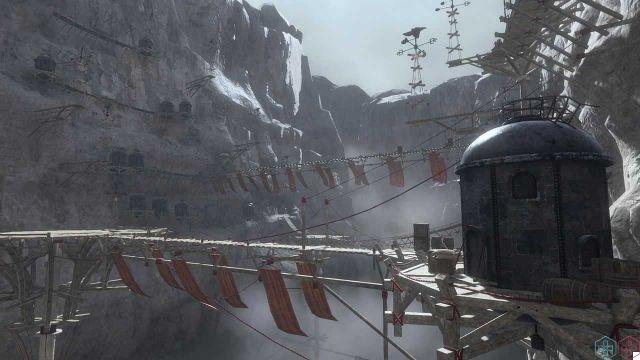 The game does not live by fighting alone, however, given that as the signed tradition dictates Yoko Taro will not be uncommon i changes of perspective on the gameplay side: between bullet hell, on rail shooter, puzzle, platform and even sections similar to old text adventures, NieR Replicant ver.1.22474487139 he will be able to amaze the player with always new ideas, capable of effectively breaking the rhythm of the adventure. Not everything, however, it should be reiterated, could work properly, especially given the pace at which the game unfolds before our eyes: the limits, in this sense, are to be found mainly in the first part of the adventure, which turned out to be that more weakened by an all too invasive (and at times redundant) use of backtracking.

Added to this is the role-playing structure that accompanies the whole, treated almost as if it were a parody of the genre, jokingly made by taro: striking example of this desecrating will it's the way the secondary missions are crudely assembled, embodying the most vulgar and negative elements of the worst fetch quests. The side play options are also futile and ends in themselves, such as the fishing minigame and the cultivation of the field, to which is added the obvious mockery of the fast travel, present in every type of similar production. These are strongly authorial choices, useful for effectively delineating the creative personality of Yoko Taro, but what a pad in the hand could be discouraging the players less accustomed to such experiments are a bit too much. 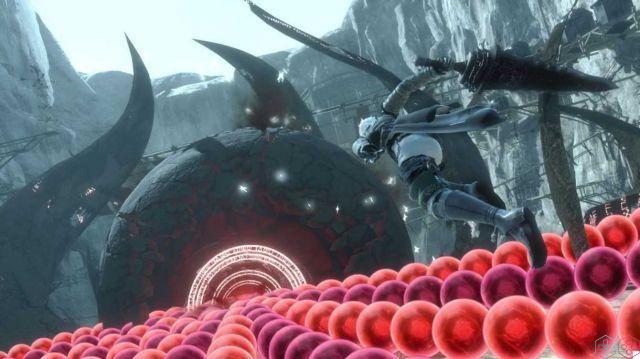 Where the restyling work carried out in this is strongly noticeable NieR Replicant ver.1.22474487139, if we exclude the aforementioned combat system, it is relative to the technical sector of production, which is set up halfway between a remaster and a remake. While not a total overhaul of the original production, the steps forward since the 2010 installation are truly remarkable, with one greater amount of detail and cleanliness to embellish the scene. The frame rate is excellent and flawless, at least as regards our test, carried out in backward compatibility on Xbox Series X, with a fluidity of action able to properly support the changes made by Taura.

On the audio side, however, the name of the veteran would already be enough Keiichi Okabe to close each speech, and assign full marks to the notes that will accompany the various moments of the adventure. There soundtrack, in fact, is simply sumptuous, with an incredible range of expressions and capable of underlining with extreme effectiveness the various situations that we will find ourselves living on the screen. The voice over is also excellent, with the Japanese which (at least in our opinion) is simply perfect for similar productions, as well as the Spanish translation is solid, despite some freedom of adaptation taken. To close the circle of additions, moreover, we also find a fifth final, which is added to the four present in the original, and which will serve to expand the fate of the unfortunate Kainè. 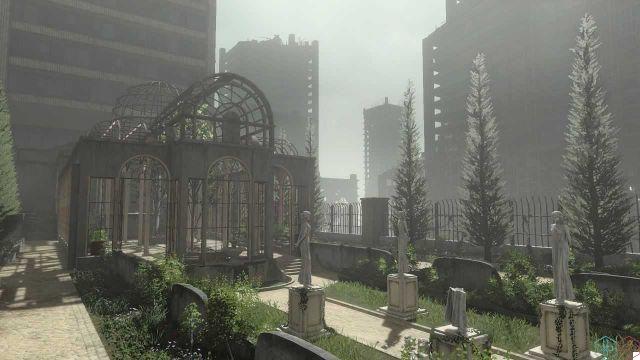 For the avoidance of unpleasant misunderstandings, it is good to say immediately how NieR Replicant ver.1.22474487139 fails to achieve the excellence touched by Automata, but being a title born and raised before the 2017 masterpiece, it is also physiological. Despite this, however, the progenitor of this peculiar brand (born as a spin-off of a Drakengard ending), still remains a very important title as regards the Japanese scene, as well as fundamental for the path of Yoko Taro.

Strongly authorial, perhaps a little too much, the game puts on the plate the very peculiar modus operandi of the bizarre designer, who enjoys make fun of game genres and gamers over and over again. Very strong and divisive choices, which could annoy the player without any reservations, as well as kidnap him hopelessly. Net of these advantages / limitations, however, what remains is a hard and merciless story, in which nothing must ever be taken for granted, and which will excite and thrill anyone who will have the patience and the will to dissect the various aspects.

With this we close ours NieR Replicant review ver.1.22474487139, but before saying goodbye, and renewing the invitation to stay with us on the pages of techigames, we remind you that on Instant Gaming you can find many games at a discounted price.