Ni no Kuni II review: not like before, not better than before

Ni no Kuni II seeks consensus in the West but perhaps forgets the past too quickly: we find out all the details in our review

Ni no Kuni II: The Destiny of a Kingdom is the highly anticipated sequel to Ni no Kuni: Wrath of the White Witch. We are talking about a JRPG, available on PlayStation 4 and PC, developed by Level-5: a work with a Japanese heart that looks towards the west. Let's try to figure out what's good (and what's not) in our review. 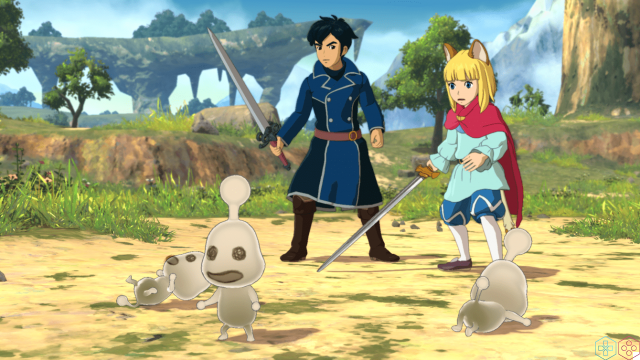 The work opens on Roland: a man who, following an accident, finds himself in another world. However, Roland has no time to be surprised: in the city where he woke up, Gatmandu, a coup is underway and the young and inexperienced Prince Evan is about to be killed. Roland saves him and helps him escape. The two decide to join forces to create a new kingdom: together with many other allies they will travel the world and face a dark threat.

A classic fairytale setting, corroborated by a real division into chapters complete with a narrative voice that summarizes, at each conclusion, the successes of the protagonists. Fairytale nature brings with it a sensitive structural and content lightness: problems arise and are solved in a few jokes and the characters won't go much further than "I've known you for 5 minutes but I like your gaze, I will dedicate my life to you ! ". Essential or banal: it also depends on tastes. The narrative world also rejects various ideas from the first game, placing itself more like a reboot than a sequel. The secondary missions, finally, are mostly fetch quests with narrative justifications that many will start skipping soon.

Undeniably, though, the world of Ni no Kuni II is a small wonder. In-game cities and storyline dungeons are colorful and alive, thanks to the great music and anime style achieved through a sublime cel-shading management: the playable characters, for example, are among the most beautiful seen to date. The cel-shading gives way to a more realistic cut graphics, for the world-map, with characters that become action figures in chibi format. The stylistic leap is sensitive, but it depends on the individual's taste. The impression is that the choice derives from the impossibility of managing the entire work in cel-shading, technically more complex to create and optimize. Ni no Kuni II, in fact, struggles to maintain a constant frame rate already as it is. In addition, a strong pop-up effect will annoy your explorations in the largest dungeons.

Sensitive defects that make the experience not catastrophic but unpleasant in some situations: a shame given the playful goodness of the work. Ni no Kuni II abandons the ATB of the first chapter in favor of an action that we could define as "layered". The clashes against groups of enemies take place in real time: we control a character of the team's choice while the others are managed by the AI. Battles are fought with melee, ranged and skill attacks - the latter two require MP to use. The MPs are few and are consumed with a couple of special attacks: to reload them, you must attack with melee weapons. We then find ourselves juggling (with parries and dodges) on the short range to be able to load a move that sweeps clean enemies quickly. If you're not used to action, don't worry: dodging and parrying is necessary but not too complicated.


Added to this is the fact that the equipped weapons (three, switchable at any time) are charged with each shot: reached 100%, the next skill used will have a damage bonus. In addition, abilities get other bonuses when combined with the right cioffi, elemental sprites who are part of the combat team and who have unique moves to activate during the fight. A system is then formed that mixes equipment, skills (ours and cioffi's) and bonuses of various kinds: how do you get them? Exploring the dungeons, opening chests and obtaining loot from enemies, but also and above all through the real heart of the game: the Kingdom. 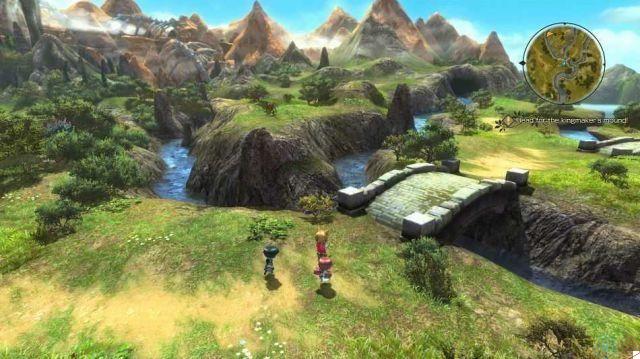 Evan's is not a purely narrative dream: we will really have to build our kingdom building by building, by spending a currency obtained automatically on a regular basis. It will also be necessary to enlist people called Talents. Gunsmiths, wizards, gardeners, ranchers, explorers: each building requires the right Talents to perform research to enhance all aspects of the gameplay. Getting more people and building more buildings means earning more money and thus being able to enlarge our kingdom. At the same time, the various buildings will produce objects, useful for crafting and completing missions, of ever higher quality.

To enhance the kingdom, you must therefore complete secondary missions (which "give us" the Talents) but completing missions is easier if you develop the kingdom consistently: here then is that you enter a loop in which everything is broth. Furthermore, some Talents are able to fight: we will be able to exploit them in special missions, the pitched battles. In these, we will lead an army of four platoons in the world-map with the aim of taking down all the predisposed enemies. Platoons are defined by classes and these are weak or effective against others: it is possible to give attack commands by consuming a bar and activate special moves that damage the enemy or temporarily enhance our troops. It is too shallow a mode and, although well blended within the "spirit" of the game, it is the least "mandatory" of the whole game.


As you may have begun to guess, Ni no Kuni II lives mainly in its secondary component which becomes primary; plot tasks will occupy the least part of our playing time and will attract our attention less and less frequently as we advance. To what we have already said, we add 50 extra bosses (but recycled from normal enemies, already the result of frequent reskin) that give unique rewards, dozens of secondary dungeons (unfortunately copied and glued to infinity) and the beloved exploration of the game world (with practically more than a third of a completely secondary map): first by land, then by sea, finally by flying.

Like any good JRPG, Ni no Kuni II opens up gradually and pushes us to find everything that is hidden in the world-map: a very pleasant old school feeling, although not very elaborate. What is not inherited from the old JRPGs is the level of difficulty: overall, Ni no Kuni II is geared towards the bottom, especially if you play calmly and upgrade carefully. 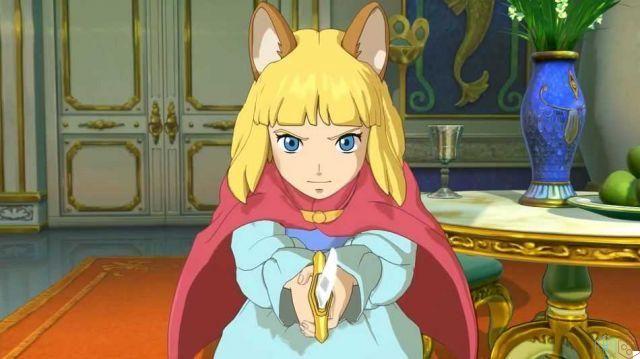 Ni no Kuni II: not like before, not better than before | Review

This is Ni no Kuni II: an idea born in the East, which aimed at the West. A game that can be played well and for a long time, without complicating (or deepening?) The game mechanics too much. A work that has inherited a strong (stylistic and narrative) character, but has not been able to renew it in the best possible way, although at the same time it cannot be said that it is badly done.

Ni no Kuni II is a well-made JRPG that will satisfy all those who want hours and hours of gameplay, but perhaps not those players who were looking for a story and an intense world like those of Oliver and Lucciconio.

Review Ni no Kuni Remastered, the return of the fairy tale ❯