NES Mini review: is it worth buying?

Nintendo's first workhorse, dated 1985, is back in our homes. But are we sure it's an appreciable return? Let's find out in this short review

Let's face it all of us, at least once, have looked with nostalgic eyes at everything that has corroborated our videogame childhood. Unless you were born in 2016. But you wouldn't even know how to read this article anyway.

Seriously, every generation has had its own childish playground, but here we talk about the 80's, a decade full of legendary films, iconic TV series and somewhat questionable jackets. And this is where the focus of this question comes in: "Is it worth buying a console that only children / teenagers / dreamers have owned in its first life span?"

You grew up during the PS2 / Xbox / GameCube era? Then the purchase is not advisable, since the 30 games located inside the "mini-console" may soon tire you, given their memorable characteristics of "ancient" video games (nevertheless, if you want to throw yourself anyway, we are the first to be happy with this choice!)

You grew up during the PS1 era? Then buying is EXTREMELY recommended! The games have their characteristics mentioned above, such as not fully developed graphics, fairly performing software, non-existent saves and arcs of plots not at all comparable to those of today. But gee, if you grew up with the PalyStation milestones, the 30 games of the NES they will surely drive you crazy!

You grew up with the next generation after the NES, such as the SNES / Megadrive / N64 / Saturn / etc.? It is a rhetorical question: of course!

The last paragraph is about who grew up with the NES: Of course we both know the answer, but let me say that: 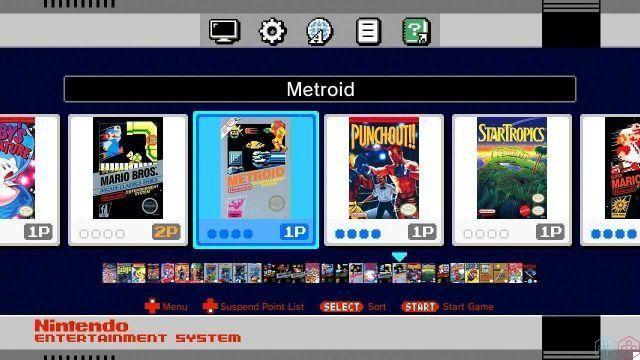 But despite everything, the NES Mini it's a purchase recommended for ALL gamers. We have the BEST machine at our disposal to emulate the most beautiful games of this console which, with its problems, its memories and its pearls, has left an indelible mark in the history of video games.

And today She is back!

The NES Mini is a recommended purchase for ALL gamers. We have the BEST machine at our disposal to emulate the most beautiful games of NES which, with its problems, its memories and its pearls, has left an indelible mark in the history of video games.
New Style Boutique 3 Review: Create the style of the Stars ❯

add a comment of NES Mini review: is it worth buying?